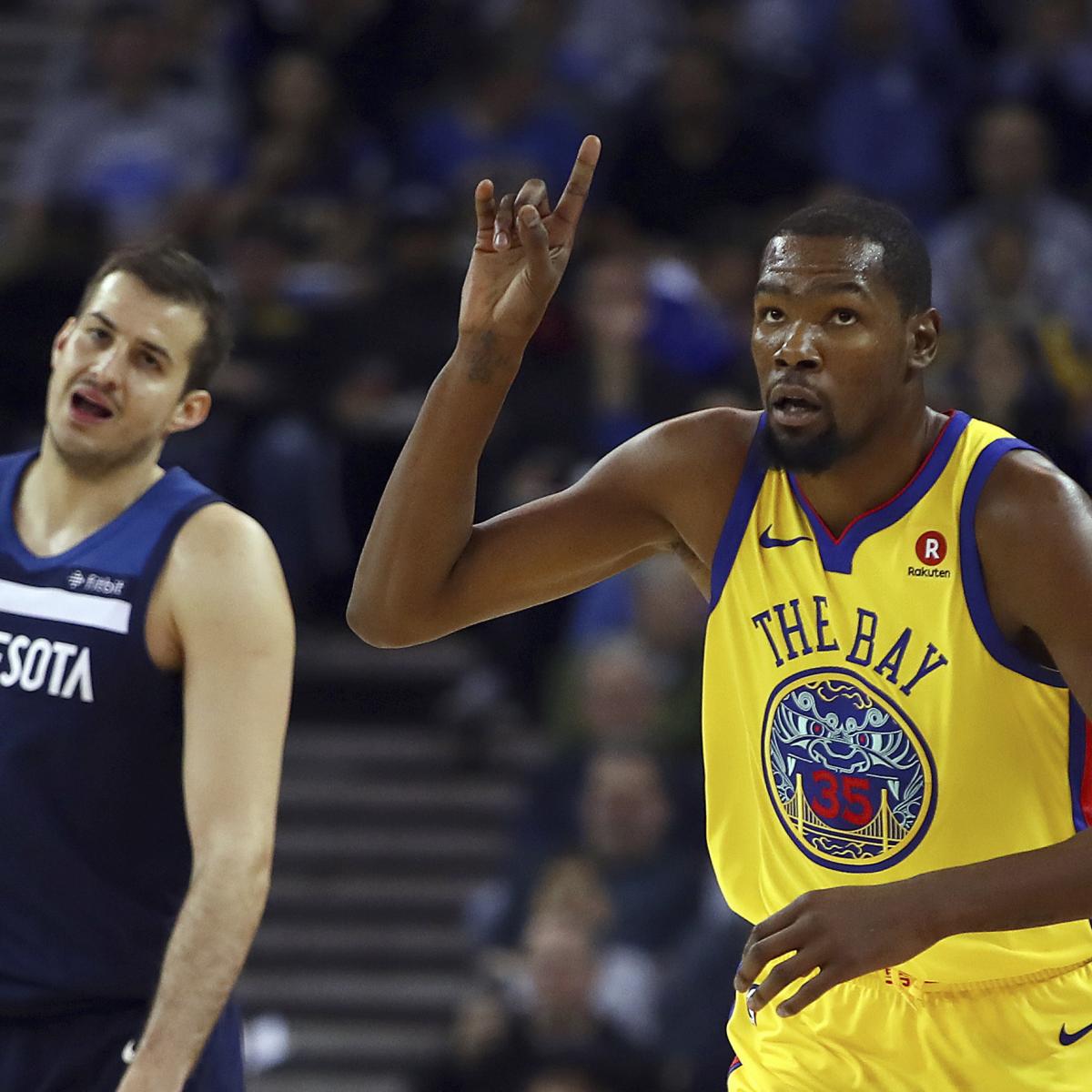 Ben Margot/Associated PressThe defending champions scored in triple figures for the 15th straight game Thursday in a 126-113 victory over the Minnesota Timberwolves at Oracle Arena, extending their record to 6-1 in their last seven.

Curry danced through the defense and unleashed threes to set the tone, while Durant took on a facilitator role whenever Minnesota shifted its attention toward the guard.

Everyone Minnesota threw Durant's way came up short, as the reigning NBA Finals MVP shot over smaller defenders with six three-pointers, attacked the lane when pressed and consistently found his teammates.

While the Durant and Curry twosome is an NBA Jam dream, the visitors' own pairing of Towns and Jeff Teague proved critical early with 31 combined first-half points to prevent a blowout.

Towns was particularly impressive throughout, taking advantage on the blocks when Golden State had more athletic playmakers in and demonstrating his versatility by extending his offensive game outside when Zaza Pachulia defended him.