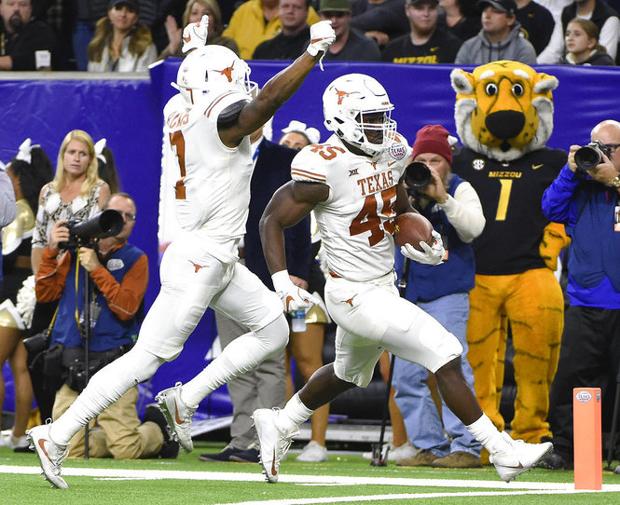 The celebration, which includes pretending to strap on an invisible backpack, was a part of the antics by the Longhorns and their coach - Tom Herman.

Shane Buechele and Sam Ehlinger split time at quarterback for Texas, and both players threw a touchdown pass.

The defense helped out, too, with Anthony Wheeler scoring a TD on a fumble return in the first half and Davante Davis grabbing an interception with about three minutes left in the fourth quarter.

Dickson, who will forego his senior season to declare for the NFL draft, punted 11 times for 452 yards, with four landing inside the 5.

Lock passed for 269 yards and a touchdown, but also threw an interception and lost a fumble in the loss, which snapped a six-game winning streak for the Tigers.