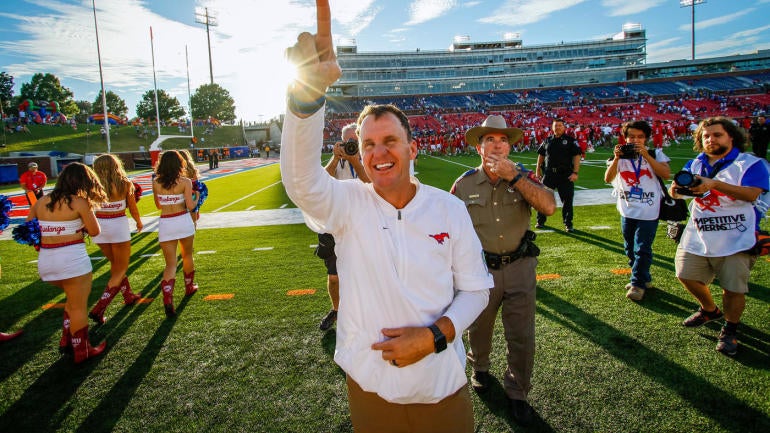 SMU coach Chad Morris has emerged as the top target of a program that let go of Bret Bielema on Nov. 24 -- shortly after closing out a 4-8 (1-7 SEC) season -- and a deal will be done in the next 24 hours.

Sources tell CBS Sports that influential people in the college football world and within the SEC who consulted with Arkansas -- a program that didn't have an athletic director until Hunter Yurachek was hired on Monday -- almost universally recommended Morris for the job due to his integrity, Texas ties and ability to consistently produce top-tier offenses.

The combination of Morris' high-octane spread offense and ability to recruit Texas -- a state Arkansas relies on heavily -- makes him a perfect fit for a program after both traits gradually disappeared under Bielema.

Venables has produced top 10 defenses nationally in each of the last four seasons, and the two close friends worked together at Clemson from 2012-14.

He is currently a college football writer for CBS Sports, while also hosting on ESPNU on SiriusXM Radio channel 84, the... Full Bio