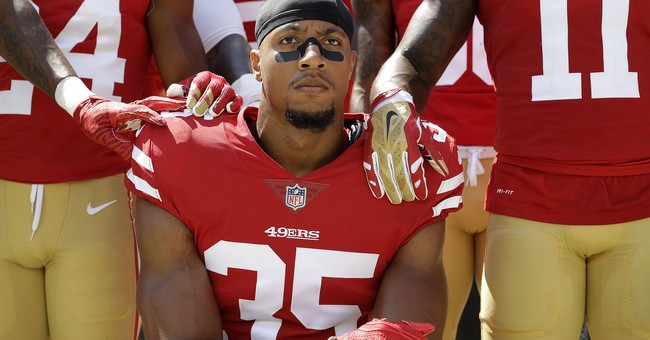 On the 49ers’ side, safety Eric Reid and receiver Marquise Goodwin protested the National Anthem.

“Americans are sick of the disrespectful National Anthem protests that the NFL has not only allowed to continue, but has institutionalized in pregame ceremonies.”

“Remember, several of the companies that do business with the NFL like DirecTV and Anheuser-Busch have signaled just how bad of a PR disaster the protests have been,” 2ndVote, which launched the hashtag #STANDwithVets, added.

Aside from the few protests that took place Sunday, the majority of Nfl Players paid tribute to veterans Sunday, including bringing vets, members of the military and their families on the field for pregame festivities.

This post first appeared on The 5th News, please read the originial post: here
People also like
A Guide To Visiting Antigua, Guatemala: The Best 5 Things To Do And See
NBA Jam Game Comparison