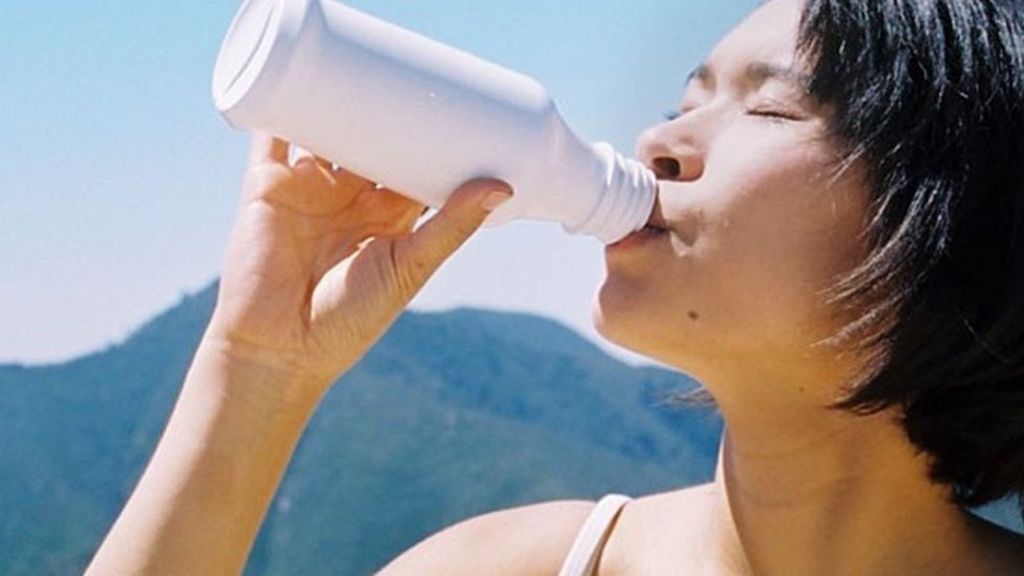 Image copyrightSoylentImage caption Soylent The makers of Soylent, an on-the-go Meal Replacement powder for busy professionals, say they are no longer allowed to sell the product in Canada.

The powdered substance is advertised as providing all the nutrients a person needs, without the hassle of chewing.

"Although we feel strongly that these requirements do not reflect the current understanding of human nutritional needs, we respect the CFIA's regulations and will fully comply with any regulatory action they deem appropriate."

Media captionThe story behind SoylentThe product is named after the dystopian 1973 science fiction film Soylent Green, in which overpopulation and global warming have forced the human race to subsist on engineered food, including a product made from human remains.

The company says each bottle contains 20% of your daily nutrients and 400 calories, and is made from soy protein and other natural supplements.