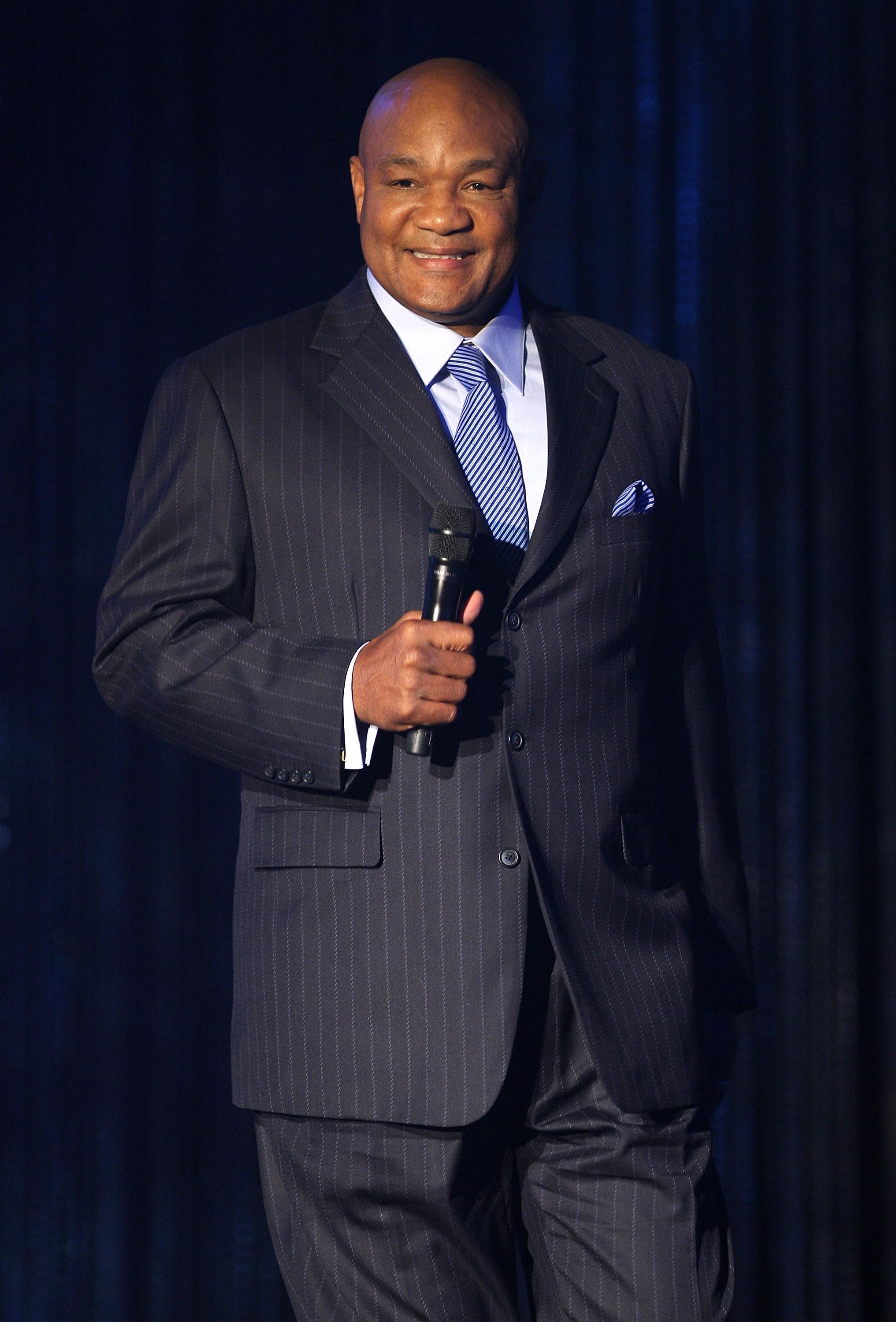 TV personality George Foreman onstage during the MTV Networks Upfront at the Nokia Theater on May 8, 2008 in New York City.

It's not clear why, but George Foreman has challenged Steven Seagal to a fight in Las Vegas for 10 rounds.

Foreman said he would not fight Jean Claude Van Damme because he is "too big to make that happen."

Actor Freddie Prinze Jr. got excited about the prospect of a fight between the two stars and tweeted, "You'll smash him in less than 60 seconds, Champ.

He retweeted a fan who wrote, "Thinking @GeorgeForeman timed his Steven Seagal challenge to distract us from all the awfulness, make us smile for a minute.