The Latest: Nadal wins US Open for 16th major title 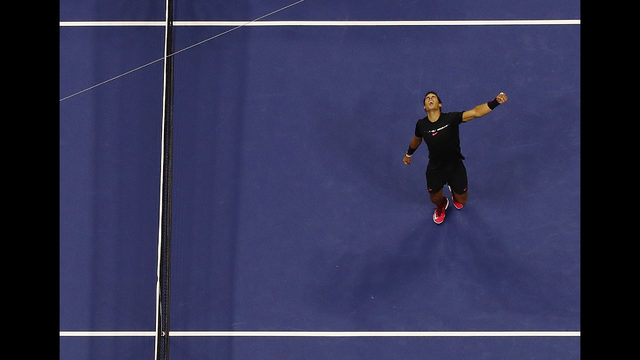 Amanda Anisimova won the girls singles title, preventing 13-year-old Cori Gauff from becoming the youngest champion of the event at the U.S. Open.

At 13 years, 5 months and 28 days old, Gauff, of Delray Beach, Florida, was already the youngest girl to reach the U.S. Open junior final since the event began in 1974.

Nadal is second to Roger Federer in men's major titles, while Anderson will be playing in his first Grand Slam final on Sunday.

The Latest: Nadal wins US Open for 16th major title