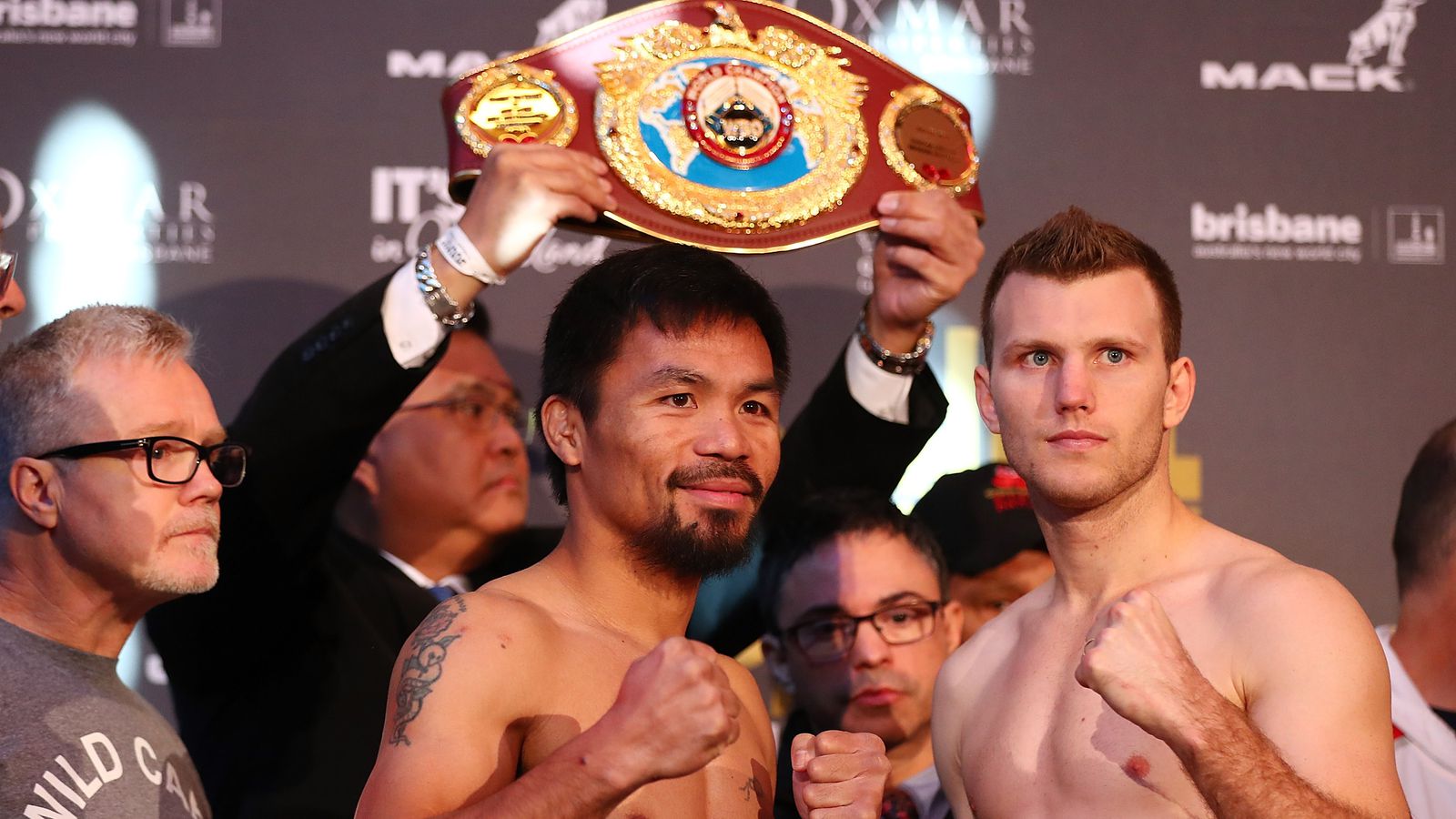 He’s still faster and too savvy a combination puncher to get caught by anyone short of generational talents like Mayweather and Juan Manuel Marquez.

Horn is not equipped to do so and his primary tactic, straightforward assault with a healthy dose of body work, has been attempted by many standout Pacquiao foes without success.

To quote Gag Halfrunt’s assessment of Galactic President Zaphod Beeblebrox, Horn’s, “Just zis guy, you know?” He got dropped by a past-his-prime Ali Funeka and has offered no pithy comments of note.