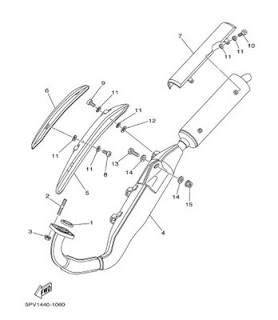 Before you know about catalyzer, you should know what is catalysis actually. So let's take a look at the article below, quoted from Wikipedia.

The production of most industrially important chemicals involves catalysis. Research into catalysis is a major field in applied science and involves many areas of chemistry, notably in organometallic chemistry, and materials science. Catalysis is important in many aspects of environmental science, from the catalytic converter in automobiles to the causes of the ozone hole. Catalytic reactions are preferred in environmentally friendly green chemistry due to the reduced amount of waste generated,[1] as opposed to stoichiometric reactions in which all reactants are consumed and more side products are formed. The most common catalyst is the proton (H+). Many transition metals and transition metal complexes are used in catalysis as well.

A catalyst works by providing an alternative reaction pathway to the reaction product. The rate of the reaction is increased as this alternative route has a lower activation energy than the reaction route not mediated by the catalyst. The disproportionation of hydrogen peroxide to give water and oxygen is a reaction that is strongly affected by catalysts:

Catalysts generally react with one or more reactants to form an intermediate that subsequently give the final reaction product, in the process regenerating the catalyst. The following is a typical reaction scheme, where C represents the catalyst, A and B are reactants, and D is the product of the reaction of A and B:

As a catalyst is regenerated in a reaction, often only small amounts are needed to increase the rate of the reaction. In practice, however, catalysts are sometimes consumed in secondary processes.

Generic potential energy diagram showing the effect of a catalyst in an hypothetical exothermic chemical reaction. The presence of the catalyst opens a different reaction pathway (shown in red) with a lower activation energy. The final result and the overall thermodynamics are the same.

Catalysts work by providing an (alternative) mechanism involving a different transition state and lower activation energy. The effect of this is that more molecular collisions have the energy needed to reach the transition state. Hence, catalysts can perform reactions that, albeit thermodynamically feasible, would not run without the presence of a catalyst, or perform them much faster, more specific, or at lower temperatures. This can be observed on a Boltzmann distribution and energy profile diagram. This means that catalysts reduce the amount of energy needed to start a chemical reaction.

Catalysts do not change the favorableness of a reaction: they have no effect on the chemical equilibrium of a reaction because the rate of both the forward and the reverse reaction are both affected (see also thermodynamics). The net free energy change of a reaction is the same whether a catalyst is used or not; the catalyst just makes it easier to activate.

The SI derived unit for measuring the catalytic activity of a catalyst is the katal, which is moles per second. The activity of a catalyst can also be described by the turn over number (or TON) and the catalytic efficiency by the turn over frequency (TOF). The biochemical equivalent is the enzyme unit. For more information on the efficiency of enzymatic catalysis see the Enzyme#Kinetics section.

Catalysis manifests itself in accelerated rates of reactions, and thus many catalytic systems are analyzed with attention to how those rates are affected, beyond the usual parameters that affect all reactions, e.g. temperature, pressure, and concentration. In autocatalysis, a reaction produces catalysts, thus the rates of reactions subject to autocatalysis accelerate with time.

Some molecules inhibit catalysis by competing for the active sites. The strongest inhibitors are called poisons. Many catalysts used in petrochemical applications lose activity due to poisoning. Such catalysts are regenerated and reused multiple times to save costs and energy and to reduce environmental impact from disposal of spent catalysts.

The chemical nature of catalysts is as diverse as catalysis itself, although some generalizations can be made. Proton acids are probably the most widely used catalysts, especially for the many reactions involving water, including hydrolyses and its reverse. Multifunctional solids often are catalytically active, e.g. zeolites, alumina, certain forms of graphitic carbon. Transition metals are often used to catalyse redox reactions (oxidation, hydrogenation). Many catalytic processes, especially those involving hydrogen, require platinum metals.

Some so-called catalysts are really "precatalysts." Precatalysts convert to catalysts in the reaction. For example, Wilkinson's catalyst RhCl(PPh3)3 loses one triphenylphosphine ligand before entering the true catalytic cycle. Precatalysts are easier to store but are easily activated in situ. Because of this preactivation step, many catalytic reactions involve an induction period.

Catalysts can be either heterogeneous or homogeneous, depending on whether a catalyst exists in the same phase as the substrate. Biocatalysts are often seen as a separate group.

on how the adsorption takes place (Langmuir-Hinshelwood and Eley-Rideal).[4]

For example, in the Haber process, finely divided iron serves as a catalyst for the synthesis of ammonia from nitrogen and hydrogen. The reacting gases adsorb onto "active sites" on the iron particles. Once adsorbed, the bonds within the reacting molecules are weakened, and new bonds between the resulting fragments form in part due to their close proximity. In this way the particularly strong triple bond in nitrogen is weakened and the hydrogen and nitrogen atoms combine faster than would be the case in the gas phase, so the rate of reaction increases.

Heterogeneous catalysts are typically “supported,” which means that the catalyst is dispersed on a second material that enhances the effectiveness o 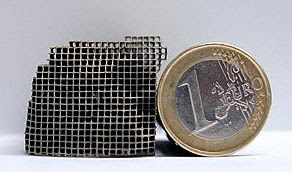 In the context of electrochemistry, specifically in fuel cell engineering, various metal-containing catalysts are used to enhance the rates of the half reactions that comprise the fuel cell. One common type of fuel cell electrocatalyst is based upon nanoparticles of platinum that are supported on slightly larger carbon particles. When this platinum electrocatalyst is in contact with one of the electrodes in a fuel cell, it increases the rate of oxygen reduction to water (or hydroxide or hydrogen peroxide).

Whereas transition metals sometimes attract most of the attention in the study of catalysis, organic molecules without metals can also possess catalytic properties. Typically, organic catalysts require a higher loading (or amount of catalyst per unit amount of reactant) than transition metal-based catalysts, but these catalysts are usually commercially available in bulk, helping to reduce costs. In the early 2000s, organocatalysts were considered "new generation" and are competitive to traditional metal-containing catalysts. Enzymatic reactions operate via the principles of organic catalysis.

Estimates are that 90% of all commercially produced chemical products involve catalysts at some stage in the process of their manufacture.[6] In 2005, catalytic processes generated about $900 billion in products worldwide.(pdf) Catalysis is so pervasive that subareas are not readily classified. Some areas of particular concentration are surveyed below.

Petroleum refining makes intensive use of catalysis for alkylation, catalytic cracking (breaking long-chain hydrocarbons into smaller pieces), naphtha reforming, steam reforming (conversion of hydrocarbons into synthesis gas). Even the exhaust from the burning of fossil fuels are treated via catalysis: Catalytic converters, typically composed of platinum and rhodium, break down some of the more harmful byproducts of automobile exhaust.

With regards to synthetic fuels, an old but still important process is the Fischer-Tropsch synthesis of hydrocarbons from synthesis gas, which itself is processed via water-gas shift reactions, catalysed by iron. Biodiesel and related biofuels require processing via both inorganic and biocatalysts.

Fuel cells rely on catalysts for both the anodic and cathodic reactions.

Some of the largest scale chemicals are produced via catalytic oxidation, often using oxygen. Examples include nitric acid (from ammonia), sulfuric acid (from sulfur dioxide to sulfur trioxide by the chamber process), terephthalic acid from p-xylene, and acrylonitrile from propane and ammonia.

Many other chemical products are generated by large-scale reduction, often via hydrogenation. The largest-scale example is ammonia, which is prepared via the Haber process from nitrogen. Methanol is prepared from carbon monoxide.

Bulk polymers derived from ethylene and propylene are often prepared via Ziegler-Natta catalysis. Polyesters, polyamides, and isocyanates via acid-base catalysis.

Many fine chemicals are prepared via catalysis; methods include those of heavy industry as well as more specialized processes that would be prohibitively expensive on a large scale. Examples include olefin metathesis using Grubbs' catalyst, the Heck reaction, and Friedel-Crafts reactions.

Because most bioactive compounds are chiral, many pharmaceuticals are produced by enantioselective catalysis.

One of the most obvious applicatoins of catalysis is the hydrogenation (reaction with hydrogen gas) of fats using nickel catalyst to give margarine.[7] Many other foodstuffs are prepared via biocatalysis (see below).

In nature, enzymes are catalysts in metabolism and catabolism. Most biocatalysts are protein-based, i.e. enzymes, but other classes of biomolecules also exhibit catalytic properties including abzymes, ribozymes, and synthetic deoxyribozymes.

Biocatalysts can be thought of as intermediate between homogenous and heterogeneous catalysts, although strictly speaking soluble enzymes are homogeneous catalysts and membrane-bound enzymes are heterogeneous. Several factors affect the activity of enzymes (and other catalysts) including temperature, pH, concentration of enzyme, substrate, and products. A particularly important reagent in enzymatic reactions is water, which is the product of many bond-forming reactions and a reactant in many bond-breaking processes.

Enzymes are employed to prepare many commodity chemicals including high-fructose corn syrup and acrylamide.

Catalysis impacts the environment by increasing the efficiency of industrial processes, but catalysis also directly plays a direct role in the environment. A notable example is the catalytic role of Chlorine free radicals in the break down of ozone. These radicals are formed by the action of ultraviolet radiation on chlorofluorocarbons (CFCs).

In a general sense, anything that increases the rate of any process is often called a "catalyst,"a term derived from Greek καταλύειν, meaning "to annul," or "to untie," or "to pick up." The phrase catalysed processes was coined by Jöns Jakob Berzelius in 1836[8] to describe reactions that are accelerated by substances that remain unchanged after the reaction. Other early chemists involved in catalysis were Alexander Mitscherlich who in 1831[citation needed] referred to contact processes and Johann Wolfgang Döbereiner who spoke of contact action and whose lighter based on hydrogen and a platinum sponge became a huge commercial success in the 1820’s. Humphrey Davy discovered the use of platinum in catalysis. In the 1880s, Wilhelm Ostwald at Leipzig University started a series of systematic investigations into reactions that were catalyzed by the presence of acids and bases, and found both that chemical reactions occur at finite rates, and that these rates can be used to determine the strengths of acids and bases. For this work, Ostwald was awarded the 1909 Nobel Prize in Chemistry.[9]

Look up Catalysis in
Wiktionary, the free dictionary.