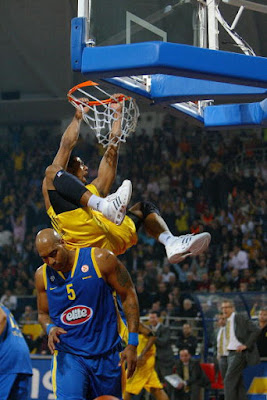 The Hoop is coming out of a long hiatus and who better to help out than former Kansas State graduate, Euroleague sensation and lately Lebanon champion, Jeremiah Massey. Jeremiah was kind enough to provide to the Hoop some of his precious time and answer a few questions. He's a player who has graced the Euroleague and VTB highlights with his presence on more than one occasions and a guy who wants to do everything for his team to win. His career spans from Greece, to Spain, to Russia, to Germany and the last couple of years he's had successful stints in Lebanon where many talented American pro basketball players find the next step in their career. 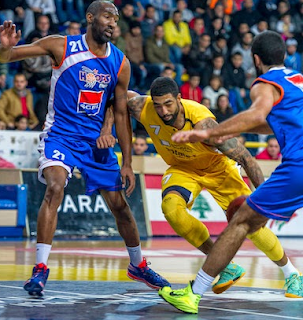 TH: You've played at the top level of competition in Europe for a few years and you've been playing in Lebanon since May 2013. How is the league in Lebanon and how do you find it different from Europe?

JM: In Lebanon the league is very competitive of course there isn't the amount of talent that you would find in most countries but it's a league filled with talent and guys who really want to win.


TH: How's life in Beirut in general for you? It is after all one of the culturally diverse places in the world.

JM: Never being to Beirut it would be easy to believe that it's a hard place to adapt to but whatever you've heard is probably not true. Lebanon is a place you go and get lost looking for all the bad you hear and read about. The place is beautiful and the fans really love basketball. 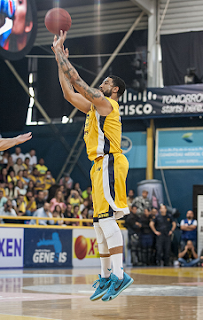 TH: Now that you're an accomplished three-point shooter,do you find the opponents respect you as a shooter and if not do you punish them accordingly?

JM: I worked and worked until I could finally call myself a shooter and now I am respected for that by every player or team that I match up against and it really has opened up a world of opportunities. Not only for me but for my teammates and whenever I am not respected as a shooter I do tend to take it personally and try my best to punish my opponent (laughing).


TH: Your coach in Al-Riyadi, Slobodan (Lefteris) Subotic, said in a recent interview in Greece that he loves it in Lebanon as he's got the liberty to work the way he wants. Does it work for you the same there?

JM: Lebanon is a place where teams rely heavily on their foreigners. So as for having to liberty to do as I please, it would be possible but I focus more on doing what needs to be done in order to win. Coach Lefteris allowed me to play basketball and by doing that it allowed me to make my teammates better.

TH: Slobodan Subotic is also one of the living legends of the old Aris team of the 80s (also known Emperor of Greek basketball back in those days with Nick Galis). Does he share stories from that era and do you share stories wit him from your times in Aris?

JM: Me and coach swap stories all the time and he is a true legend and won't ever let you forget it. He still believes today that he can compete on a high level (laughing) and is willing to challenge anybody who doesn't believe that.


TH: Back in season 2006-2007 you and Mike Wilkinson were the best frontcourt duo in Europe. Do you have any specific game that was your highlight from that season? or any other highlight for that matter?

JM: I would go back to a game in Thessaloniki one of my first Euroleague games against Fenerbache it was just an electric atmosphere that I grew to love... 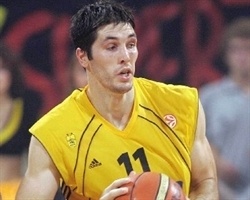 TH: What in your opinion made you and Mike Wilkinson work so well together?

JM: Well me and Mike played well together because we were similar players. Both undersized big men who knew what needed to be done to gain an advantage against the usually bigger opponent. Mike was doing all the dirty work and making it easy for me to clean up everything that was left.We just complimented each other well the things I couldn't do well he could and vice versa and we always shared the ball well that also helped us to appreciate one another.


TH: After winning the title in Lebanon, what does the future hold for you and the next step in your career? Are you thinking about returning to Europe or will it be Lebanon all the way?

JM: Well I'm not sure at this time but as usual I welcome all situations of course I would pick the best option available but I wouldn't mind returning to Europe mainly because I see people write things and say negative things about me as a player when I never had a bad season. I only want to prove the people who don't believe in me wrong. 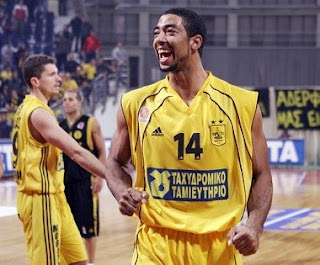 TH: Back in Aris you made some fans for life that still remember of you fondly as one of the most exciting and spectacular players the team has ever seen and now the team is under new ownership. Would you consider returning to Aris at some point? or even to finish your career there?

JM: I consider coming back to my second home every season I have just never been offered the opportunity and in all actuality I never real wanted  to leave so if the opportunity because available and the situation is a good one I would be back in a heart beat. 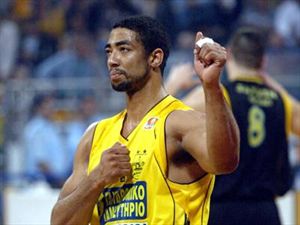 TH: Finally where would you say you had the best time in your career so far both on and off the court?

JM: I would have to say right there in Thessaloniki because not only could we go out and enjoy the night I was blessed to be supported by some of the best fandom the world and that will forever be a good memory... #Arianara

Jay thank you once again and from me at the Hoop I wish you all the best wherever you are and whatever you're doing.

What does jackfruit taste like - love…
Inside 'Crypto Castle': The World's F…
Joe Bonamassa Announces New Single “T…
Best Things to Do in Cadaques, Beauti…
Is Now The Right Time To Give Up Coff…

This post first appeared on The Hoop, please read the originial post: here
People also like
What does jackfruit taste like - lovelcute
Inside 'Crypto Castle': The World's First Bitcoin Addiction Clinic
Joe Bonamassa Announces New Single “Time Clocks”
Best Things to Do in Cadaques, Beautiful Town in Costa Brava
Is Now The Right Time To Give Up Coffee?