USWNT closes out group play in Rio 2016 Olympics today at 3 p.m. on NBCSN 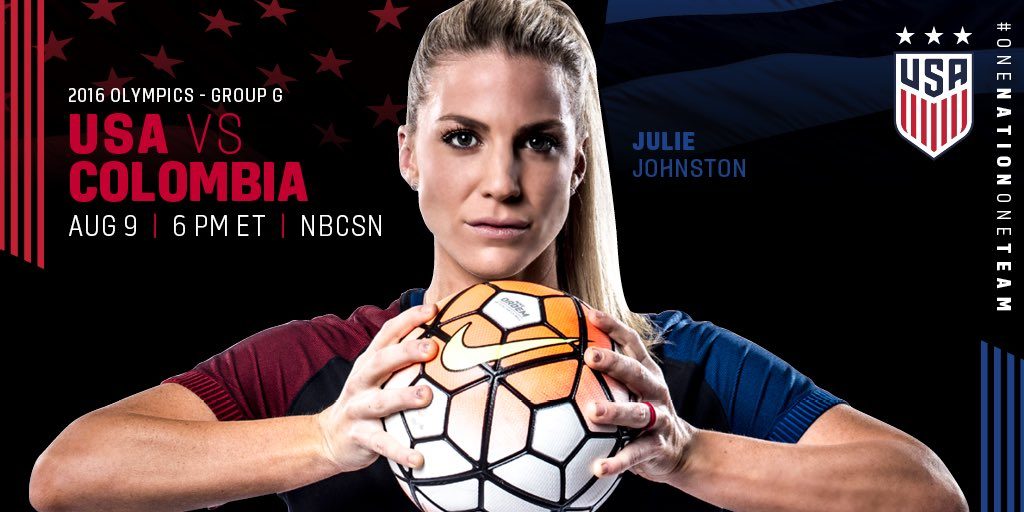 #USAvFRA is in the books and it's on to #USAvCOL. Kickoff is 3pm tomorrow. See you at Public House in #LosFeliz. pic.twitter.com/9iYPrCSi2x

This new TV ad from UltraViolet, a national women’s advocacy organization, will air today on NBC stations in Seattle and Baltimore calling for the U.S. Women’s National Team players to receive equal pay for equal play.

USWNT closes out group play in Rio 2016 Olympics today at 3 p.m. on NBCSN

Subscribe to 100 Percent Soccer | Soccer In And Around Los Ange