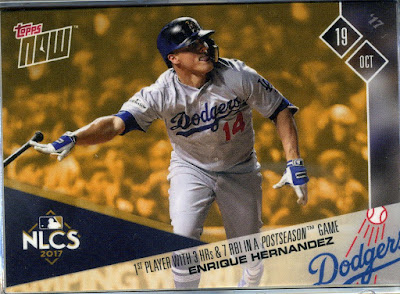 The final bonus card to the Dodgers' Postseason set arrived over the holiday weekend, and as you can see it celebrates Kiké's NLCS Game 5 explosion. As you may recall, before the start of the playoffs each team was issued a 15-card playoff team set (see the Dodgers team set here) with promises of a bonus card should your team advance a round. The Dodgers, having gotten to the World Series, would therefore receive two bonus issues. You can see the first one here (featuring their NLDS victory over the Diamondbacks). Above and below is the second Dodgers' bonus card.

Kiké had an incredible Game 5. He recorded a three homer day with seven RBI's to lead the Dodgers over Arizona, 11-1. 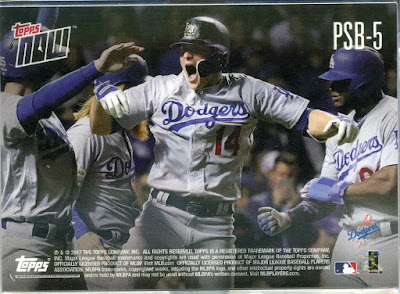