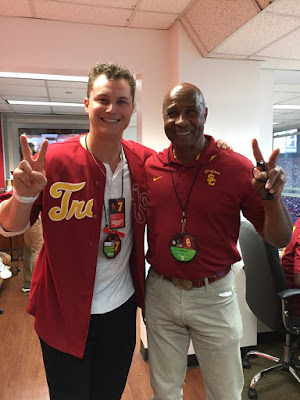 It was rivalry weekend here is Southern California. USC faced off against the UCLA on the gridiron and Joc Pederson was on-hand to root for the Trojans. In fact, he lead the team out of the tunnel onto the field. BTW, although Pederson did not go to USC his father did. So, he has a family connection to the university.

Photo above of Joc with Lynn Swann via USC Athletics on twitter. Below are more links to check out:

Strengths: The Dodgers boast the deepest and highest-quality collection of catchers of any system in the game. Keibert Ruiz heads the group as a premier prospect, Will Smith projects as a quality future everyday catcher, 2017 draftee Connor Wong is an intriguing athlete moving quickly and Kyle Farmer is a present major league-caliber backup. The Dodgers are strong on the other side of the battery as well with a deep group of righthanders stratified throughout the farm. 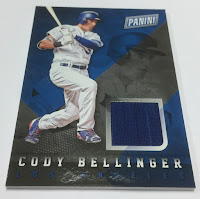 “The players, at times, would get frustrated because they weren’t playing as much as they thought they should,’’ Woodward said during a conference call Saturday. “But then people started to realize this was a recipe for success. Once they bought in and accepted their role, we continued to move forward.”

And Roberts’ personality played a major role in that change, according to Woodward.