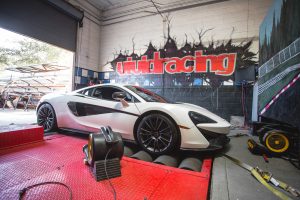 McLaren 570S ECU flash has been done!  So lets talk about the Dyno.  First of all, is the setup.  At Vivid Racing we run a Mustang AWD dynamometer.  We have had this dyno since 2005 and routinely service it to make sure the calibrations are correct.  The Mustang dyno is also known as the heartbreaker as it gives real world numbers.  Typcial drivetrain loss for RWD is 10-15% and AWD is 20-25% from crank horsepower.  Many new vehicles, even if rear wheel drive, we run in AWD mode to not conflict with the cars sophisticated traction control system.  But now some vehicles have yaw sensors in the dash to detect actual motion.  In fact, running the McLaren 570s in AWD with it in full race mode and traction control fully off, all the warning lights came on at the end of the runs.  So how can you fully replicate real world testing?  Well you need to have fans that move airflow past the car at the same mph you are driving.  Without good airflow, you lose power and starve the intake, intercoolers, radiators from the cooling and flow they need.  The reality is a proper dyno cell would be ideal for flawless testing, but we work with what we have.  So we utilize high powered fans in the best locations possible.

When setting up a test we calibrate at 3000rpm in 4th gear to do a pull from 2500rpm to about 7500rpm.  We could rev out to 8500 rpm but we are reaching 135+ mph which can be uneasy strapped down!  The dyno max speed is about 150mph.  Google dyno fails and you will feel for what could happen!  Here in Arizona we use 91 octane (boooooo) and its cold right now at about 60F in the room.  So conditions are good.  So we did 3 baselines to make sure our numbers were consistent.   They were very interesting curves with significant power drop in HP and TQ at 4500rpm and 6500rpm.  You really don’t feel this on the street because of how quick the acceleration is.  So the goal with the tune is to improve the curve and get more out of the meat and potatoes where it counts.

The McLaren ECU is a BOSCH ME17 that can be done with tools like Alientech or CMD to read and write.  The reading and writing process is what the hardware does, the tuning and calibration is all done with software like WinOLS.  Because of the protection on the ECU, these can only be done via a bench flash or what is called boot mode.  The ECU is located in the same place the 12C and 650 is under the wheel well lining on the passenger (US) rear wheel.  Its pretty easy to access.  Once the ECU is removed, (View Removal Instructions Here), and the bench flash is done, its dyno time.  With all the same test conditions and variables present, we ran the car another 3 times.   You can easily see the car is starving for air flow at the same 6500 rpm.  Could this be because of the restrictive factory cat downpipes or just not enough airflow in a stationary position?  But what we did see is a MAJOR change in the power curve which started with the turbos spooling up at about 3200rpm and going all the way to 6500rpm.  The car made a tremendous gain of 100ft/lbs of torque at 4500rpm and nearly 80whp.  The power continued equally all the way to 6500.  So are the numbers accurate?

If we do 20% drivetrain loss, this is 449awhp from the stock 562.  Our dyno test reveals 479awhp which would be about a 15% drivetrain loss.  The tune peak power is at 519awhp.   With the same drivetrain loss, this is just over 600hp to the crank.  Our next test will be with the addition of ArmyTrix race downpipes to see what happens to the top rpm range.  The real test would be with a PerformanceBox to show 60-130mph times.  But for most of us this is the perfect increase in the area of the curve we drive in on the street and in the curves.  So how does the car drive on the street?  After about 3 weeks of testing driving, it is BANANAS.  The huge increase in torque gives the car blistering fast acceleration and without traction control, its a smoke show!  The car is very smooth in all different modes going through the gears.  When driving normally, no different in comfort.  But a total animal with you get into the throttle. 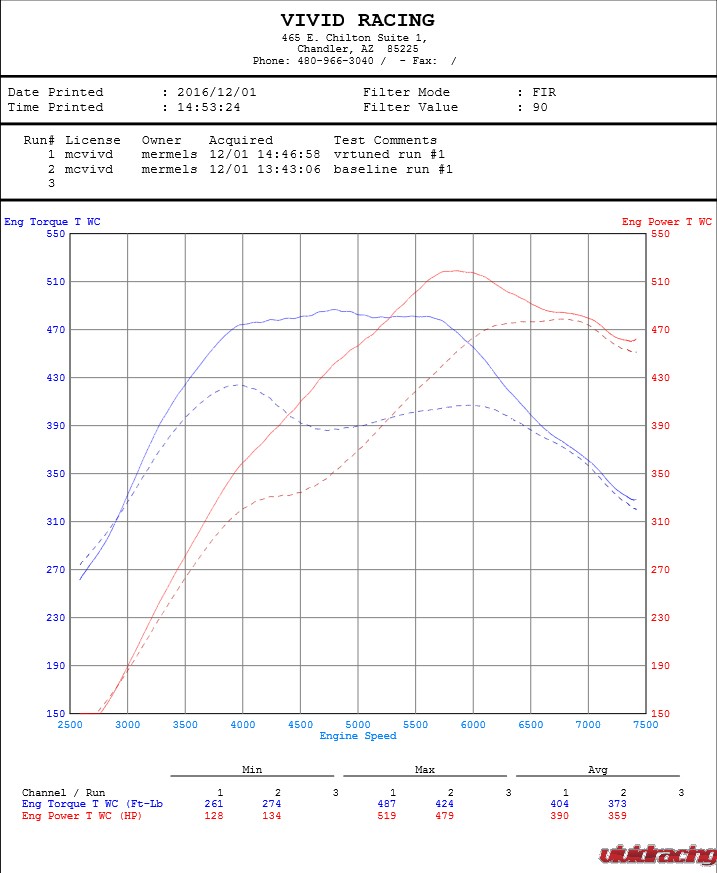 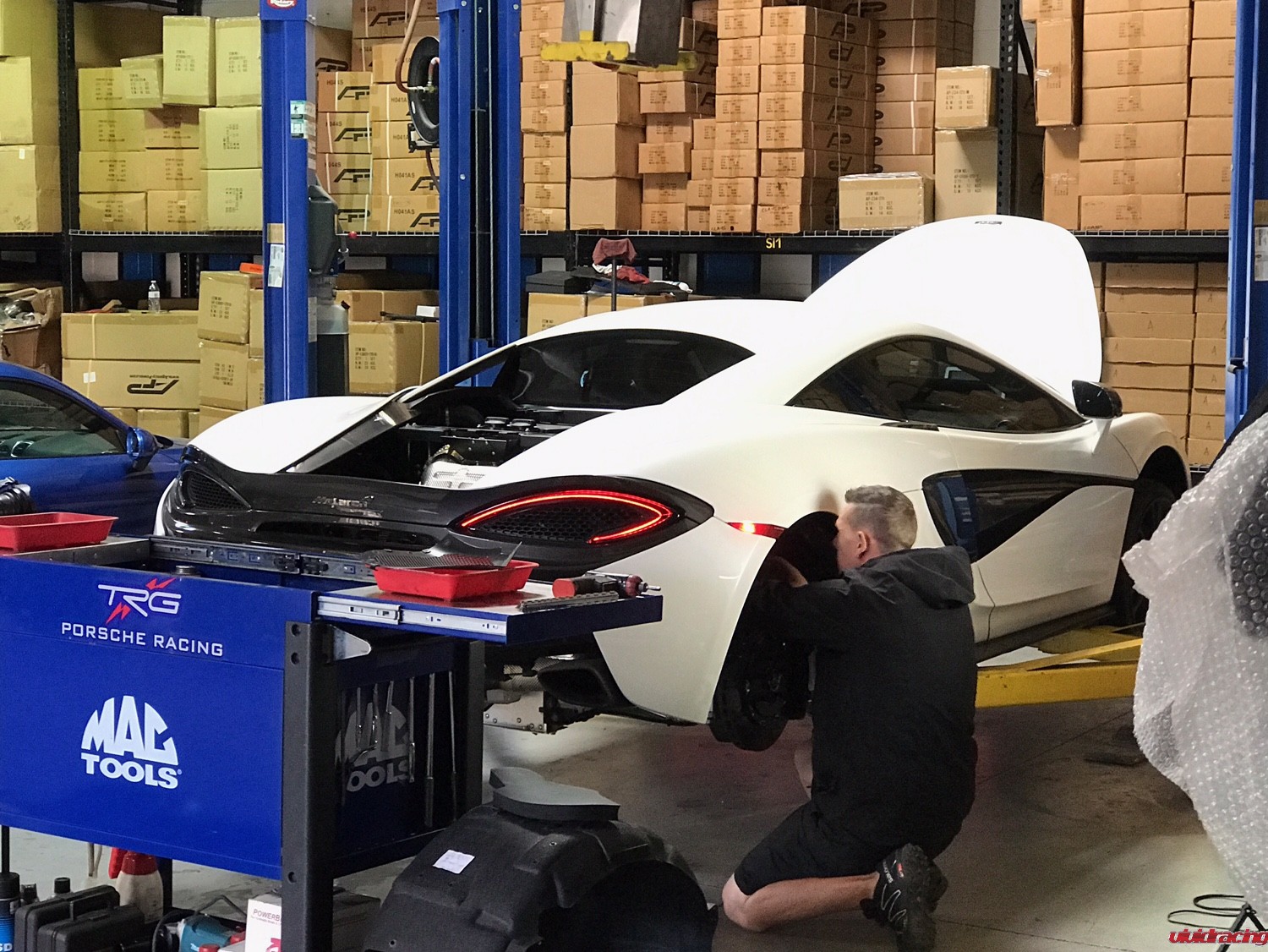 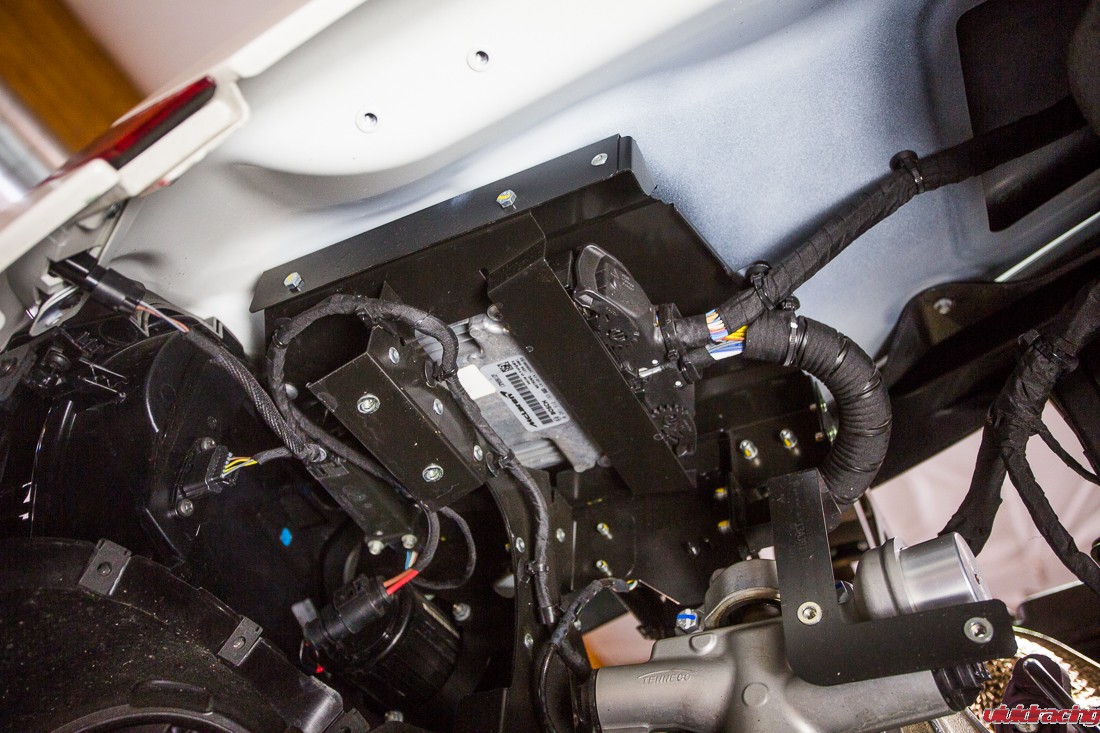 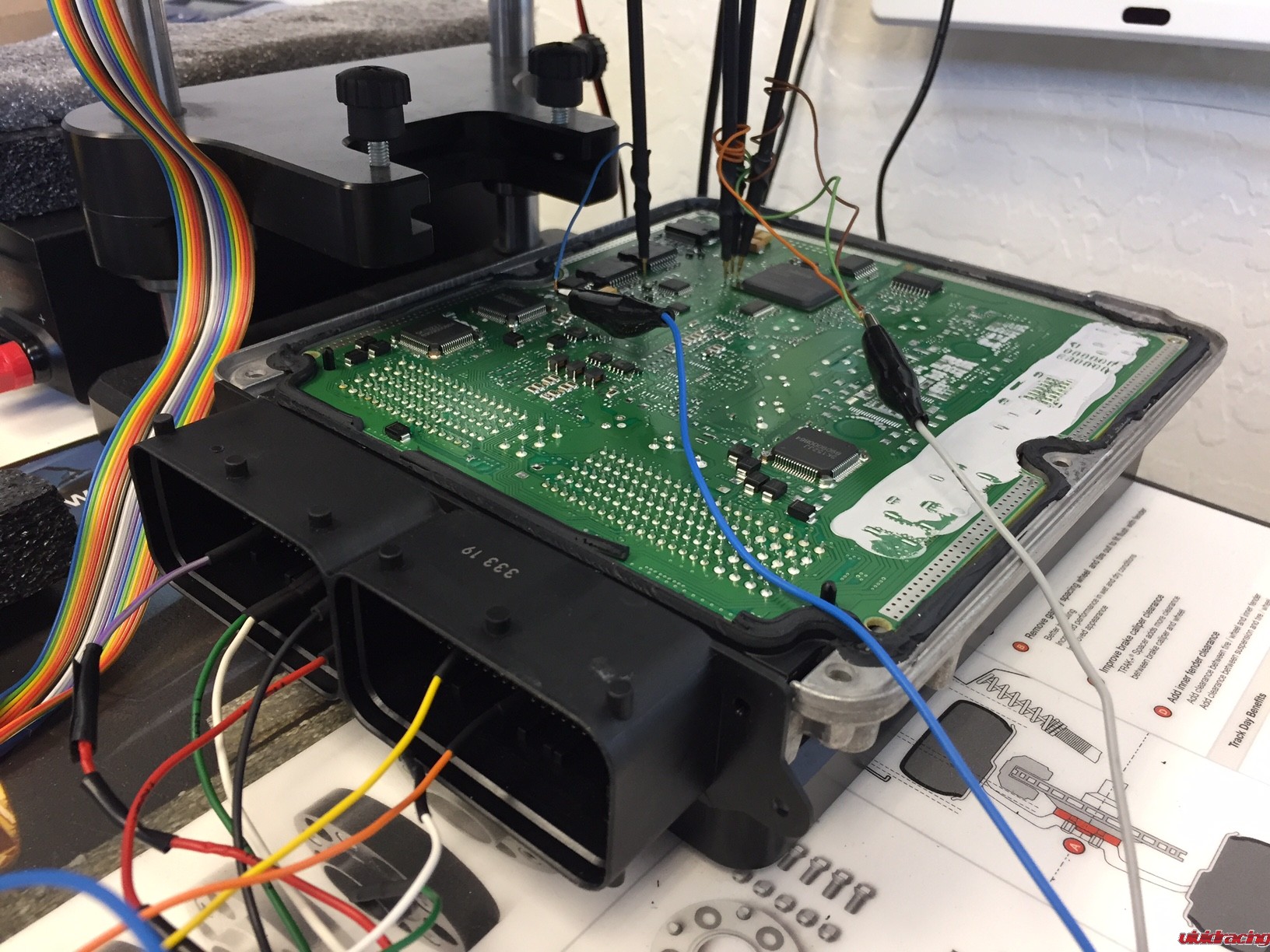 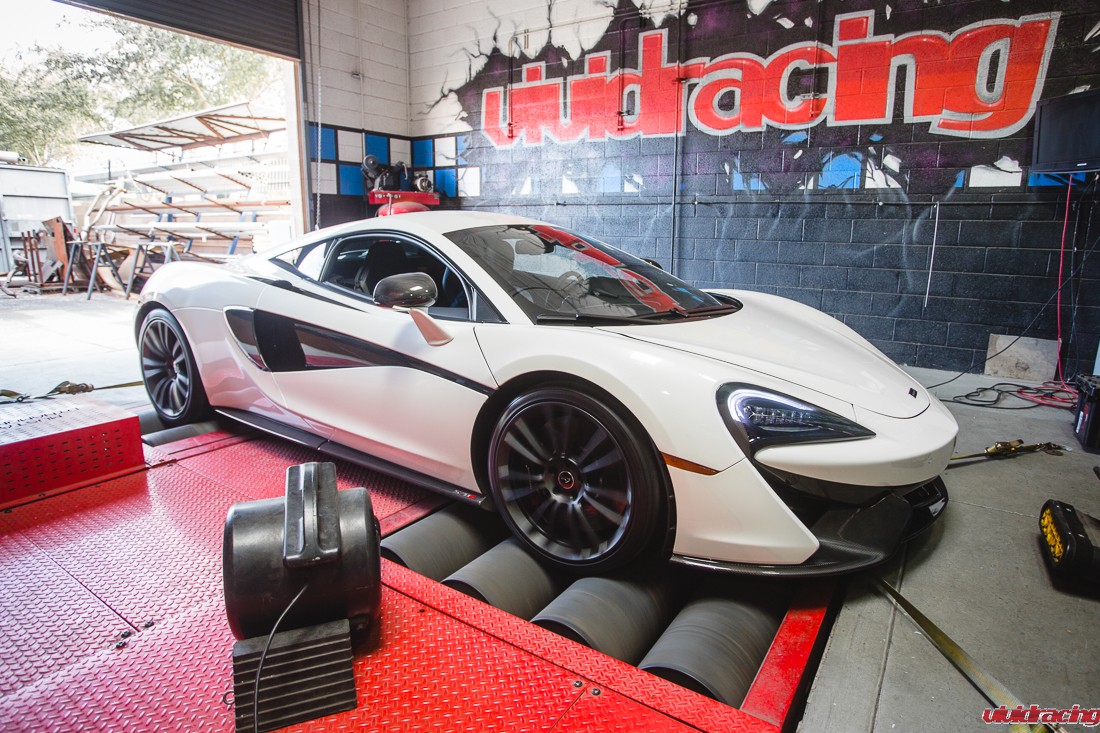 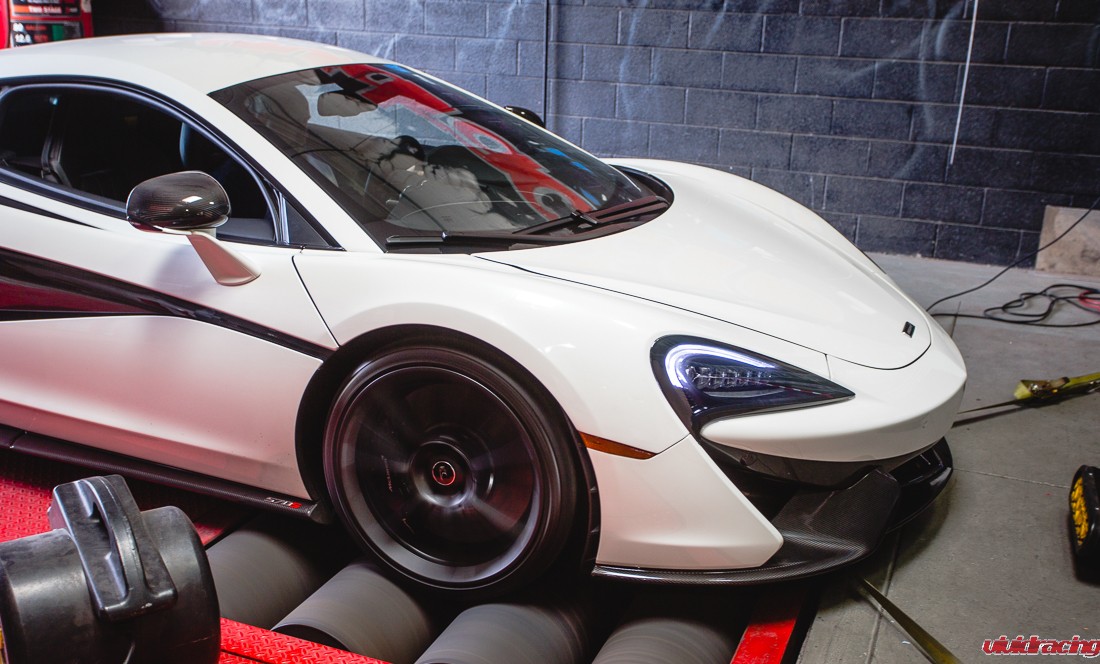