Follow-Up to “Don’t Be Stupid” 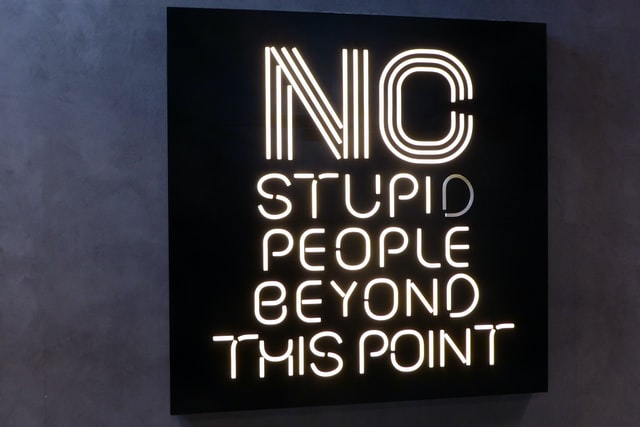 This is a follow-up to a prior blog post, you can read it here.

This is just one of many articles that you can read about the tragic consequences of the covid vax.  After reading this article, I had to do a follow-up to a recent related blog post, especially when I read these words, who did what was right…I’m going to discuss what that means in the mainstream consciousness and maybe why there is a problem.  You have to understand there is psychological warfare going on.  And if you don’t accept that, you can accept what the Bible says, that satan is the father of lies.

Note the article says this:

“She’s the all-American girl who did what was right, and she lost everything,”

Let me question that.  …she did what was right….so she blindly did what the government said without investigating what was behind the jabs herself?

I hate to be harsh but because this may wake someone up and save them and their family, I’ll put it this way.  I’ll take it away from her and just put it in general terms.  Are people are too busy eating, drinking, socializing, entertaining, watching Netflix, sports, TV, or reading what the latest AI bot puts on Facebook when it says that those who talk of the dangers of the jab are giving out misinformation…are people too engaged in all that to find out the truth themselves and avoid danger?

You cannot be ignorant, lazy, and slothful in today’s environment, spiritually or naturally, if you want to make it out of this alive.

I’m going to point out what I believe to be a problem and I can say this because I am not the head of a large organization, a large group, a Church, any kind of person in the news who might be subject to a media attack.  They go after people who run organizations to take the people down and to take the organizations down.  I recognize that.  High profile people such as Mel Gibson, Archbishop Vigano, Fr. Altman and others who speak out are ostracized from positions and promotions.

So even if some people know this, they may not say it.  If you are waiting for a mainstream person to say this, you might be waiting a long time.

A mainstream person might say something when it is “safe”, which is after a number of other mainstream people have dipped their toes in the water and started whispering out the truth.

You notice that with anything, people, even people in the know, are pretty “mum” or “silent” until it seems that others have stuck their necks out first and then when there is a “comfortable” amount of information out there, other people join the bandwagon.

Those who go first are usually sacrificed on the altar of public opinion, public ignorance, and media lies.

So what do I think is the problem?

I think there is a blind ignorance of Romans 13.  Government has to be legitimate to follow it.  If the government itself is not legitimate, then why are you obeying it when it tells you to do something that can kill or maim you, your family members, and make you infertile, like taking the toxic jab?

In the United States, “we the people” are the government.  Through elections the processes of the Constitution we delegate a certain amount of authority to elected officials to run cities, counties, states, and the nation.  BUT they are supposed to use that delegated authority the way we told them to, not to become lawless themselves and destroy the nation.  They are not legitimate if they are not following the Constitution themselves.  It’s just that no one has (yet) taken them to task.  And if no one in the US does it, I think God may send some foreign powers to hold the Nuremburg II trials that the US doesn’t yet have the intestinal fortitude and courage to hold.  That’s what happened in the Old Testament.  If Israel “couldn’t get its act together” God sent enemies to deal with the mess, and then dealt with the enemies after they had first done God’s bidding to deal with Israel.

If Hitler had been the President in the US (for those ignorant of history, Hitler was in Germany), but if he had been the President in the US and said to kill your neighbor, should you have done it?  Should you have just  blindly obeyed the government in order to proudly wear a pin on your lapel, “I did what government said”?  That’s what happened in Germany during WWII.

It’s also what happend in Rwanda.  Neighbors turned on neighbors.

A couple of German Christians, Pastor Neimoller and Lutheran theologian Bonhoeffer had the sense to see through this.  But the majority of the Christian church in Germany went along to get along until it was too late.  The Christian church was part of the problem.

Why was the Revolutionary War fought?

There is a huge vacuum in the church regarding this.   In my opinion, the church does a cop-out to deal with these issues.   It goes along the lines of ….We’re waiting for Jesus and the second coming and the rapture and we don’t need to deal with this.  We’re focusing on evangelism.  We don’t deal with politics.

That attitude has left a huge vacuum in the governments of the world that has been filled by progressives, modernists, satanists, and atheists.

And then the church spends its time signing petitions because that is politically acceptable and not too offensive.  The church becomes an unofficial arm of the government and picks up the broken pieces and lives of people who are destroyed by the current system; these people go in one end and end up as alcoholics, drug addicts, pedophiles, homosexuals, transgenders, adulterers, thieves, murderers.  They end up in prison or on the streets and the church will meekly raise its hand and say, “we’ll take care of this for you, Mr. Corrupt government”.  But the church doesn’t have the guts to deal with the root of the problem.  “We don’t do politics.”

At least have some prayer meetings focused on government.

Or maybe some in-house classes dealing with this, if not sermons?

Now I recognize that the ultimate solution is a new heart and the born again experience.

But I think what I am saying comes under where Jesus said, “these ye ought to have done and not to leave the others undone”.

I’m around Christians and when you mention politics they don’t want to talk.

I find that frustrating because if they are ignorant of these things, they become the “one who did everything right” like this article talks about, and become a victim of the system.  Christians have morphed into we’re nice, inoffensive, and do what we are told without question.

There are literally people I know who don’t want to talk about religion or politics.  If they die, I had the answer all along.  But they don’t want it.  They stop their ears.

Zechariah 7:11  But they refused to hearken, and pulled away the shoulder, and stopped their ears, that they should not hear.

I am particularly concerned about children because the parents, out of fear, pride, not want to look bad before their friends, being “trendy” or whatever,  give their kids the shot which will almost certainly destine them to suffering, death, and infertility.  And that’s because we’re “nice” and “don’t want to offend anyone” and “prove that we go along to get along”?  It’s tragic.

Look, maybe this doesn’t apply to you.   Good for you.  I’ll repeat.  Very good for you!   But if there is one person who reads this and wakes up and it saves that person and their kids, it’s worth it to say this.

I’d like to point out that there historically is a difference between Christians in the US and early Christians or Christians elsewhere.  In the United States, we are supposed to be living in a Republic where we hold government accountable.  Early Christians were under a dictatorship.  We have responsibilities to deal with corruption.  They didn’t have the options we have.

Now I know there are some groups that are dealing with this, Clay Clark and those who attend those meetings.  Maybe this is a denominational thing.  Some denominations do.  Some don’t.  I don’t know.  I apologize if this doesn’t apply to you.  But then again, it wasn’t written for you if you already know this.

Jesus came as the sacrificial Lamb to take away the sins of the world in First Coming.  That’s done.  He successfully completed the mission he was sent to do.

His second coming is as King.

Will Jesus be political in his Second Coming?   Will he be mild and accepting of “anything goes”?

This is what Jesus says.

Luke 19:27   But those mine enemies, which would not that I should reign over them, bring hither, and slay them before me.

Right after I finished this, I immediately went back to add a little bit.  That happens.   Sometimes when I finish a post, and check the view online,  I may go back and correct a typo or add a sentence or even a paragraph if it seems appropriate.   Sometimes I post without an image and then go and add the image later.   I saved what I had added and this message came up (this was basically right after finishing the above post).

I had to wait a while for this to be corrected.  And then I went and re-added something similar to what I had added at first, and maybe a bit more.

This is just another variation of the type of thing that happens at Facebook or Twitter, where people who tell the truth are taken down. Save website links  where you find truth because Google works to keep these websites from coming up in the search engines.  Just because you might find a site in a Google search one one day, it might not come up another day, so save the site link if you hope to find it again.   Share these sites as well.

A blog post can only introduce a topic.  For more study on various topics, click here for links to Christian bookstores and other Christian sites.

The link above will take you to links to sites that teach on faith, prayer, confession, healing and more. They have church services. They have podcasts. They have bookstores. Check them out.

Follow-Up to “Don’t Be Stupid”