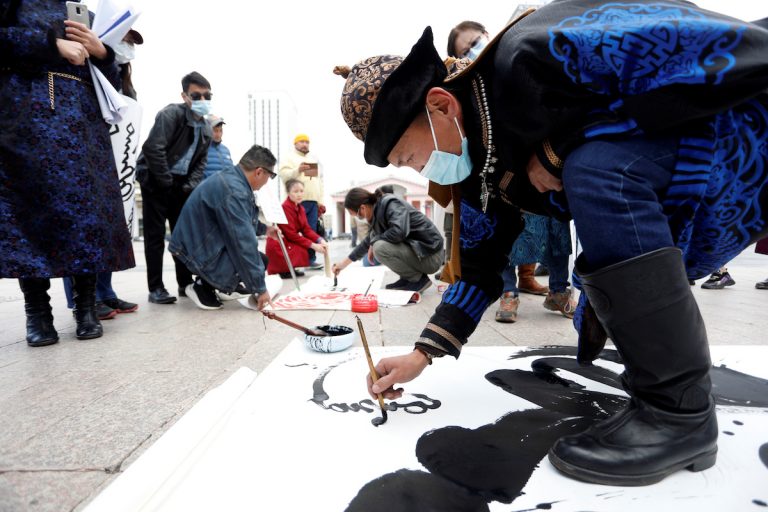 Demonstrators rallied in Mongolia’s capital Ulaanbaatar to protest against a visit by the Chinese government’s top diplomat, State Councillor Wang Yi, amid accusations that Beijing is suppressing native language and culture in ethnic Mongolian regions of China.

About 100 mostly peaceful protesters gathered on Sukhbaatar Square in front of Mongolia’s Government Palace on Sept. 15 and chanted “let’s protect our native language” and “Wang Yi go away”.

They were responding to a policy forcing elementary and secondary schools in China’s Inner Mongolia region to adhere to a national curriculum in Chinese language, politics and history.

China said the policy was designed to promote national unity and insisted there would still be room for Mongolian language teaching in other subjects and grades.

However, the policy has led to school boycotts and accusations by Human Rights groups that Beijing is trying to destroy Mongolian culture.

It said 4,000-5,000 people had been put into police custody during three weeks of protests, while at least nine had lost their lives. 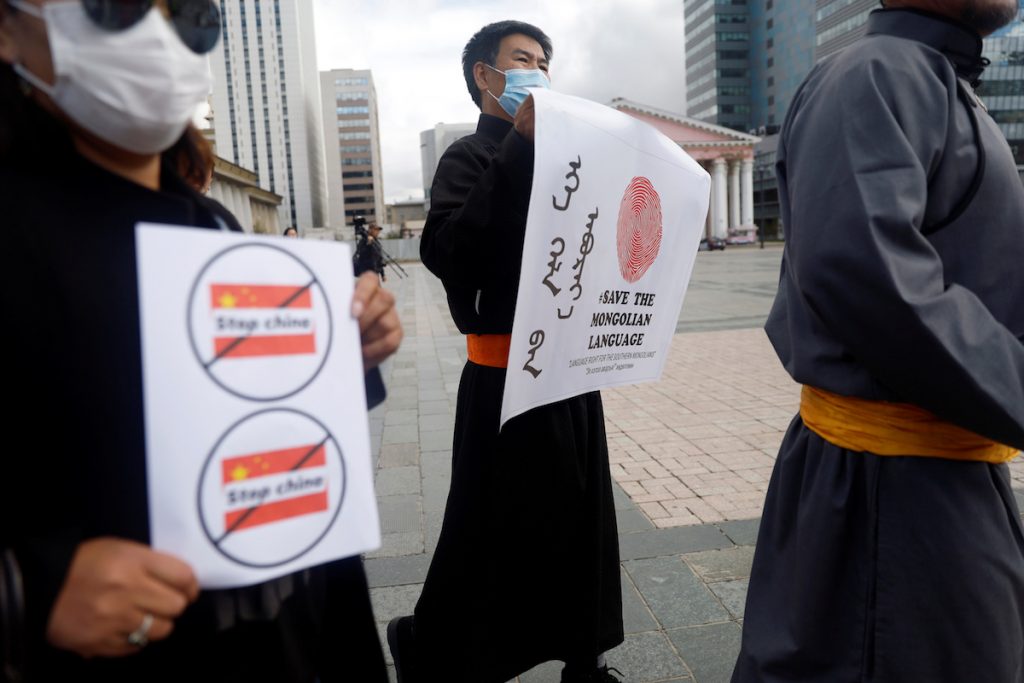 The Mongolian government has yet to comment on the issue.

“Our leaders need to speak up,” one protester, a shaman named Khaliun Sukhbaatar, told Reuters. “If our government keeps silent in the name of international relations and economic stability, one by one Mongolians are being pressed out and Mongolia will cease to exist.”

Mongolia’s economy is heavily dependent on China, and Beijing is expected to provide the country a 700 million yuan ($103.15 million) grant during Wang’s two-day visit.

In an interview with Ulaanbaatar-based Daily National Newspaper on Sept. 14, China’s ambassador to Mongolia Chai Wenrui said “false rumours” about the policy were provoking conflict.