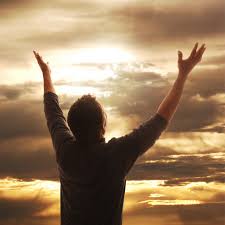 "Jesus said to her, I am [Myself] the Resurrection and the Life. Whoever believes in (adheres to, trusts in, and relies on) Me, although he may die, yet he shall live; And whoever continues to live and believes in (has faith in, cleaves to, and relies on) Me shall never [actually] die at all. Do you believe this?" (John 11:25-26 AMP)

In the words of Jesus, we never die. There might be a Cessation of our mortality in this life, but still we do not die as some men describe death. Death has been described as a cessation of breath, and thus life; a nullness in existence; but with such definitions, we can boldly say that the Righteous do not die.

First, let's consider the cessation of breath definition. When Jairus' daughter died, the people cried that she had died, but Jesus when He had come said she was only asleep. He said the same also about Lazarus. You see, in these two instances Jesus used the term asleep not because He would raise them up, but because they had to be resurrected. And they had to because they had life yet in them. And isn't that what the scripture says we shall all do after our earthly sojourn? Sleep! This is because in spite of the cessation of breath, when a man still has life brewing actively in him of God, he isn't dead, he is only asleep; and that's what God says is the Christian's portion - a sleep that shall culminate into life in eternity through Christ Jesus.

Second,  a nullness in existence. Every man may cease to exist after death, but not the righteous (1 Cor 15:22). The scripture affirms that God is still the God of Abraham, Isaac and Jacob; and then concludes as He being the God of the living and not the dead. In other words, the righteous are living; and only the wicked truly die. He says like a seed, we shall rise into an incorruptible body of glory. This is why there's hope for the believer even in death,  but not for the wicked.

Yes, you best believe it, or at least believe Christ who said so: He said though he be dead, he shall live again, and if he yet lives, He shall never die. He is the Resurrection and the Life, and He says those who believe in Him shall never die - even you.

I'm filled with eternal life through the Spirit of Christ. Thus, mortal death has no hold on me; for He will not suffer my soul to see corruption. My place is in heaven with the Lord, adorned with His glory, majesty and life in abundance. This is the heritage of all who believe in Christ; and as such mine, both now and forever. Amen.