The Notre Dame Cathedral fire is destroying centuries’ worth of history

editor victoria’s comment ~  intentionally set (according to what i have read others say is being relayed by workers/fire fighters on scene).  and on holy week.  there have been so many incidents of vandalism/destruction at catholic churches across france this year (source).  some in the truther movement are mourning – others are not.  saw this image on twitter a few moments ago and noted the 9:11pm time stamp… 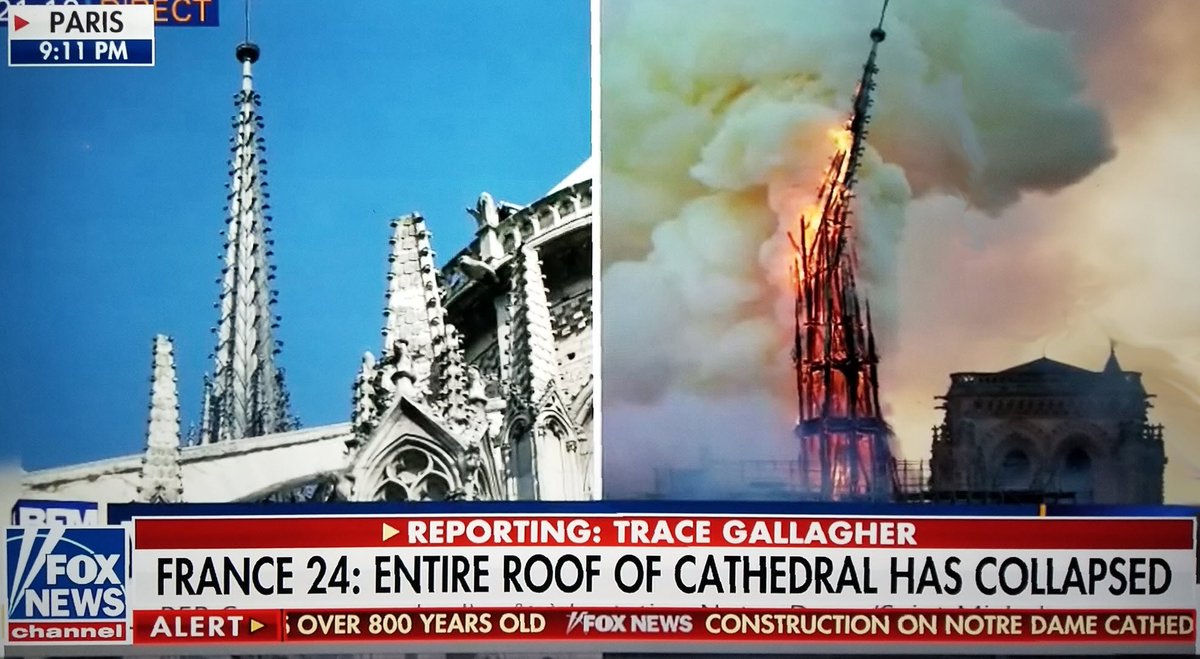 The world is mourning the destruction of Notre Dame Cathedral for good reason.

The medieval Catholic Cathedral that has stood for more than 850 years — and took more than 200 years to complete — is the most-visited monument in Paris. Some 13 million people a year (or about 30,000 a day) explore the Gothic landmark where Napoleon was coronated emperor, or climb the 387 winding steps up the two belfry towers for a breathtaking view of the city, perched amid Notre Dame’s legendary bells and stone gargoyles and chimera.

Its lattice wood-timber frame was created with 1,300 oaks from 21 hectacres of forest, with each beam coming from a different tree, many which were 300 to 400 years old. But a massive fire engulfed the historic house of worship early Monday evening (Paris time), collapsing its iconic spire and the roof, as well as destroying the framework, just as the landmark was undergoing a $6.8 million renovation project. A spokesman told the BBC that the whole structure was burning. “There will be nothing left,” he said. “It remains to be seen whether the vault, which protects the cathedral, will be affected or not.”

The post The Notre Dame Cathedral Fire is destroying centuries’ worth of history appeared first on LOVE IN ACTION NOW.

The Notre Dame Cathedral fire is destroying centuries’ worth of history