“There is something delicious about Writing the first words of a story. You never quite know where they’ll take you.” (Beatrix Potter, English writer) 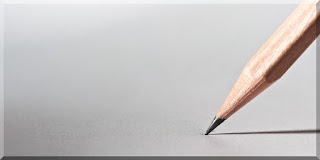 Writing comes naturally to me. Since I was a very young boy, I found the written word made it easy to express myself. As I grew, any training I received in School only helped to strengthen my relationship with print media. My entire post-secondary experience was to further my command of the written word. I was educated as a journalist. I studied television and radio broadcasting to expand my reach. I worked in many forms of media but I always returned to my first love, writing. As the internet formed, I could access venues unavailable to me before. I began blogging almost immediately after my Mother’s death in 2010. I had maintained profiles on Facebook and other social media, but I failed to use them efficiently. Little by little, my blog grew from the ashes. What started out as weak, and intentionally simple, soon began to find a sense of form and structure as I played and developed. For almost a decade, I have diligently posted. I do not write my blog because I am looking for money. You will never see my work monetized. I have created my own biography, in a sense. Anyone can go back through my history, at least what I have documented over the last 10 years. There is little I have not discussed in one manner or another. Writing is, for me, a daily exercise, a cathartic workout anytime my fingers pound the keys. You can almost feel the cleansing as each letter finds its place. As far back as I can remember, print (in one form or another) was my passion, even if I didn’t know it at the time. Like God and comic books, the connection has never failed. I am, after all, a writer.