The moment I became aware, I knew that I was in heaven. The clouds all around me were a dead giveaway. Everything Looked so clean. Dropping dead on the streets of was a messy experience, from what I can remember. I know I landed in a pool of something far beyond the definition of puddle. This was all so white and so fluffy. For as far as the eye could see, it was all I could see. Where was the welcome wagon and Peter? Where were the embracing hands and greetings from my loved ones? Where was Jiffy, the Poodle I had as a boy? High into heaven, even more clouds hung from a ceiling, a ceiling of more clouds and then more clouds. As above, so below.  Somehow I could walk on them, run on them. They were barely even there but I stood firm and safe on a mat of puffy white. I was alone and I soon realized that I had no idea what to do. Which way is the right way to go when all ways are the same? 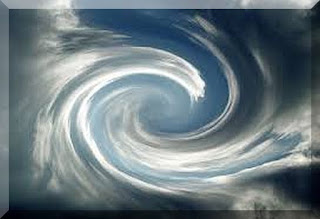