Tags: azariah star father
December 11th 2017
View original
Azariah was not like the other children. He was smaller, much more frail. For all his 12 years, he stood lesser than most. He was a tiny boy, a little shepherd. His hair was not dark or curly like his peers, rather, it glimmered with lighter tones and hung straight and fair. He was a sensitive kid, some could even call him delicate and weak. This was not far from the reality. Some would say he did not belong. Deep inside, the young lad knew it was the truth. Most children in Bethlehem lay sleeping on this early winter’s night, but Azariah stood watch with his father over sheep. His father and the men who worked with him had been delayed in arriving home. For almost three weeks, they had been detained because of the census. The colder desert nights had come and the journey from Hebron had been dank and unforgiving. His beaten clothes, not fit for the winds of a Palestine winter, did little to bring much needed warmth. They had arrived back near Bethlehem and planned to stay in the fields until morning when the market opened. His father, a shepherd his entire life, had brought Azariah on this travelling in hopes of building character in the boy. When he married Azariah’s mother, a Hebrew girl from the Roman territories, he did not expect her death in childbirth, nor did he anticipate that his only son would bring such disappointment and frailty. The harsh life of a shepherd was no place for someone like his son, and with no one to watch over him, he was forced to carry this reminder of God’s judgement upon him throughout the Palestine countryside.

iHerb – Father’s Day Sale on Men’s He…
The Friday Roundup – Editing Workflow…
A Guide To Visiting Antigua, Guatemal…
NEWS: Busta 929 responds to claims of…
When the light appeared in the sky, no one was sure what to make of it. When the brightness shone above them, they were so afraid. A few sheep, startled by the quick and the unknown brilliance, fled to safety. Azariah wanted to stay and see this marvel which had magically appeared in the night sky, but his father sent him out in the dark to find the flock which had abandoned them to the same night. As Azariah walked into the desert, he did not hear the voices of angels heralding the good news. He did not see the celestial glow from the host which appeared to his father and the other shepherds. He did not take his father’s hand and follow into the town waiting from a distance. He just kept walking and calling and praying he could show his father that he was strong enough and brave enough. Only a few sheep had strayed from the flock, but Herod’s taxes and the expense of traveling for the census meant all were precious and they could not afford to lose even one. As he walked, he thought of the mother he had never met and the taunting of other children. Life was not fun for Azariah. Between a disapproving father and the shame of his debility, he held little in good regard. In temple, he sat and listened to the tales of Moses and David and Isaiah, but it was the words of the other children which stained him with feelings of worthlessness and sorrow. He too, just like his father, held bitterness and contempt for those who had made his life almost not worth living. Such ridicule and endless dampening stole the innocent heart and childlike ways of this little blond boy from Bethlehem.
Azariah grew colder and the desolation of the desert did little to quell his fear and hesitation. He had always preferred being alone, but this night he yearned for the hands of his father, the safety of a greater place. Suddenly, he heard it. The subtle noise of beast was almost invisible, cloaked behind wind and sand and bitter sting. There, alongside an outcropping of rocks, he found the seven sheep that had strayed. Azariah sat down beside them and started to shake. The night had grown darker and colder and met the chill of his heart as he cursed his father for sending him into the desert to die. When the sheep laid down beside him in the sand, he could not believe his eyes. He had never seen such a thing. Azariah remembered what to do. How many times had his father told him to find warmth with each other or the animals, if ever lost in the desert come night? How many times did his father instruct him to stay huddled only until the warmth returned?
“Never sleep on the desert floor,” Azariah recalled. “You will drown in the sand.”
Azariah could feel the heat returning to his skin, as he lay between two ewes and the sun-baked glow of the desert floor. Staring out into the endless sea of ebony, he searched his mind for a way to get back home. Although he had not ventured beyond the dunes, he could not find his way. He raised his head and called out into the deep black. There was no reply, no response. Not even an echo bounced back from the hills which shadowed his path to safety. There was no moon to light his way. No fire in the distance to call him as a beacon. He turned, praying for a new perspective.
It did not appear, but it was not there mere moments before. It filled his eyes with daylight. It was the same brilliance which had scared the sheep into running. He rose up and greeted salvation. The star shone brighter than any other he had ever seen. Its glow reached across the skyline like beams of blue and bright. It was brilliant and full, and for Azariah, it was hope. The dunes glistened with starshine and gave way through the night. The tail of the star seemed to float in the heavens until it focused on one spot. Azariah knew, he just knew. He quickly rounded the sheep and headed into the light. He started out, then he wandered toward the shine, for the star in the sky led his way. When he got back to the pens, he could not find his father. He could not find anyone or anything but a fenced-in mob of white cotton herded into capture. He added his seven blankets into the cage and wandered into the tail of the star. The late night gave little rescue to the answers Azariah searched for. No townsfolk could he question. He looked up and checked the radiance of the beam. It was still with him even though he was home. The star of wonder flickered then to pinpoint, it managed his direction. When Azariah was older and had a child of his own, he would sit his son down and tell him the tale of the littlest Shepherd. We would tell him of the cold desert night and how the sheep gave warmth to see him through. He would tell them of the kings and the stable and the things he saw that night. Most of all, he would tell them of his star and the wonder of how it led him home. 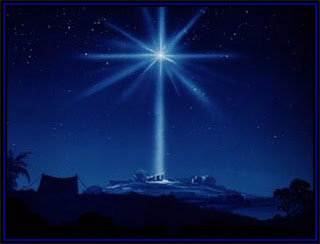 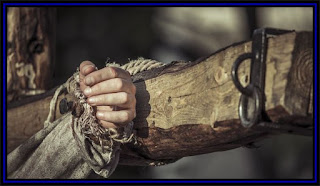 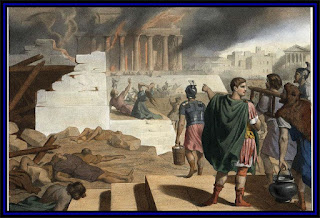 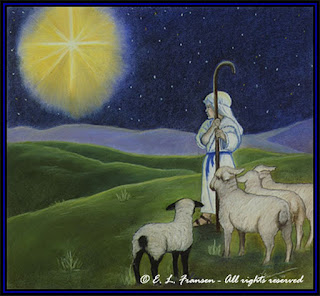