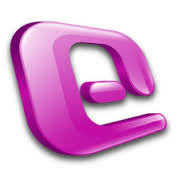 Microsoft Entourage was developed by Microsoft; it is mainly used as an e-mail client and personal information manager for Mac OS 8.5 and higher versions. It stores all your important data in a particular database, it also create a unique identity for each users the identity comprises of contacts e-mails , tasks and other useful information and just like any other application entourage also gets corrupted and then to avoid the files from further damage it needs quick response.

Also read: Ways for repairing a corrupt MySQL Table
Entourage starts showing problem mainly due to corruption of Entourage Database file. Entourage database gets corrupted due to several reasons like REG file header corruption, damage of identity, missing of files and applications malfunction. The main problem conquered after the corruption of Entourage database file is inaccessibility of Entourage database. In such situations backup proves quiet helpful to perform restoration of data.
Sometimes, while using Microsoft Entourage 2008 for Mac, you may encounter the following error messages on the screen that looks exactly same as given below:
The above error message shows the abrupt working of Entourage. The complete data saved in the Entourage application directly comes into an inaccessible state.
Perfect solution to solve this issue:
i) Close all the Office applications.
ii) Place and transfer the below stated Microsoft user data folder to desktop to a network location or to an external hard disk.
HD/Users/USER_Name/Documents
iii) Open Entourage- A new Microsoft user data folder is automatically created.
Moreover, a new IDENTITY_NAME folder is created in the location.
HD/Users/USER_NAME/Documents/Microsoft User Data/Office 2008 Identities.
iv) Close Entourage.
v) Place the below folder, and then change the name of the database file with a new name:
HD/Users/USER_NAME/Documents/Microsoft User Data/Office 2008
Identities/IDENTITY_NAME.
vi) Copy the database file from the IDENTITY_NAME folder that is included in the Microsoft User data folder which you have copied in Step 2 to the Identity_Name folder that was created automatically in
Step 3. Open Entourage and see whether the problem is solved or not. If not, then do the following steps:
1. Try to repair disk permissions.
2. If problem still exists, then try to create a new user account.
However, then try to make use of an updated backup. However, if backup is unavailable, then it is good to opt for third party Entourage repair software. This software performs Entourage recovery easily and recovers all the lost data of Entourage objects, such as contacts, attachments, appointments, notes, tasks, events, etc. The software is compatible with Mac OS X 10.7 Lion, Mac OS X 10.6 Snow Leopard, 10.5 Leopard, and 10.4 Tiger.