Apple may ship some of its upcoming "iPhone 12" models with a 20-Watt PD USB-C adapter, based on photos shared by leaker Mr White on Twitter. 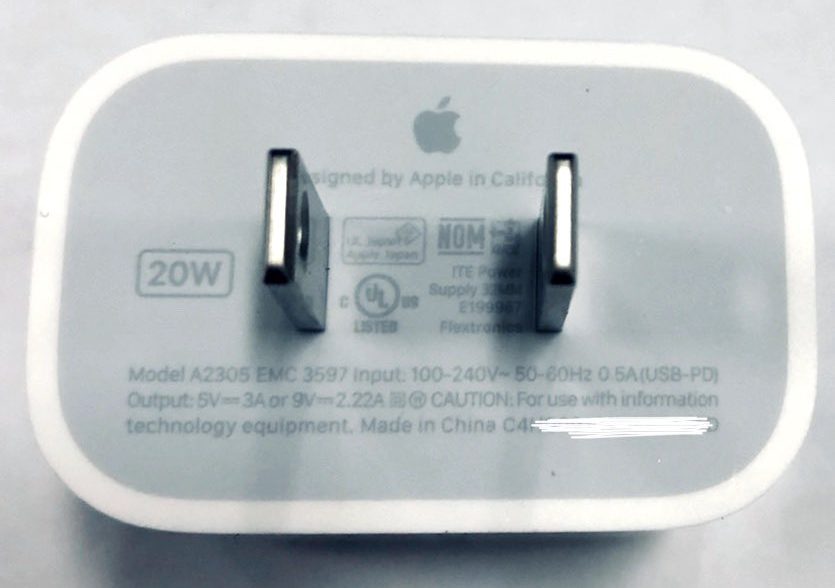 In Apple's current crop of phones, the iPhone 11 Pro models come with an 18-watt USB-C fast charger, while the iPhone 11 comes with a 5-watt adapter, which is the same wattage as the charger that came with the original iPhone back in 2007. The 18-watt adapter is the first fast-charger that Apple included in an ‌iPhone‌ box.

Rumors have suggested Apple will complete its transition to an all-OLED lineup for this year's "‌iPhone 12‌," with one new 5.4-inch device, two 6.1-inch models, and one 6.7-inch handset.

Rumors suggest the 6.7-inch ‌‌‌iPhone‌‌‌ and one 6.1-inch model will be higher-end OLED devices with triple-lens cameras. Going on last year's phones, these may be the ones coming with a 18-watt adapter.

On the other hand, Apple may choose to bring the faster charging adapter to its entire "‌iPhone 12‌" lineup, but we probably won't know for sure until it drops in the fall.
Related Roundup: iPhone 12
Tag: Mr. White
This article, "Leaker: 'iPhone 12' to Ship With 20-Watt Power Adapter" first appeared on MacRumors.com

Discuss this article in our forums