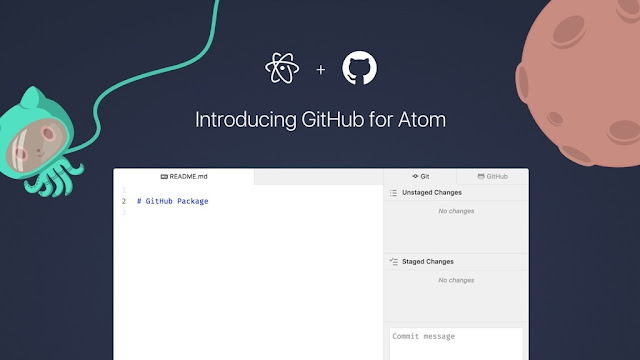 Atom is an open-source text editor developed by Github, which support plug-ins written in Node.js and embedded Git Control, with desktop application available for Linux, macOS and Microsoft Windows.

While Atom version 1.34 upgrade was released earlier in the month, bringing with it the capabilities to improve commits, the new Atom 1.35 beta release has made it possible to view individual commits via a new pane.

The commit preview capability means that developers can now see all changes within their source code in a single pane, and it will allow them to make changes before committing them.

Along with the above features, the editors reliability has also improved, especially as regards text entry in the settings view.

The carryover features from Atom 1.34 include support for commit message templates, which allow developers to add template globally or on a per-project basis through a Git configuration.

Additionally, Kotlin syntax highlighting feature has been added to the Markdown code blocks.

67 Easy Ways to Save money inspired by Nelson Mandela

How to Make a Wants Vs. Needs List for Your Home Search

Featured Snippet 101: How to Use SEO for Personal Branding