Cats And Tea How Good The Simple Life is

Strangely enough my late Cat Rollie brought me to blogging and I wouldn't have the friends I have without him. Now I'm left with Jack and Jack certainly had been keeping us on our toes this week in more ways than one.
The other night we Settled down to watch a " Streetcat called Bob" 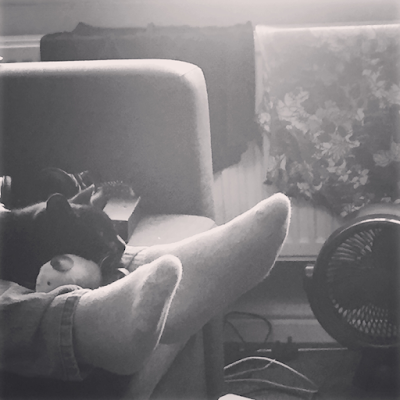 Along with a nice cup of tea I had to make the tea as Jack the cat had completely paralysed my Husband , strange how cats do that to people isn't ?! Cats and tea I really don't think there is a better combination in life for relaxing and it was very apt to be watching a film about a cat with a cat. Jack seemed to approve of the film and had his toy mouse with him for good measure and we all had a jolly good time. Before Jack settled into bed  his basket in the kitchen he decked he wanted to go out the front door despite having a cat flap in the kitchen . My husband and I settled into bed and just at that point when you are dropping off we heard Jack cat a walling at the front door , I got up and many words were mumbled and much tripping over of objects was had till I got downstairs but no Jack was to be seen . I think it was the cat equivalent of ringing the doorbell or Cherry knocking in my day  then running away when someone answers it , something I never did as a child ( I was quite pious really honestly )

Cats And Tea How Good The Simple Life is

Subscribe to Life, Ninja Killer Cat And Everything Else ...