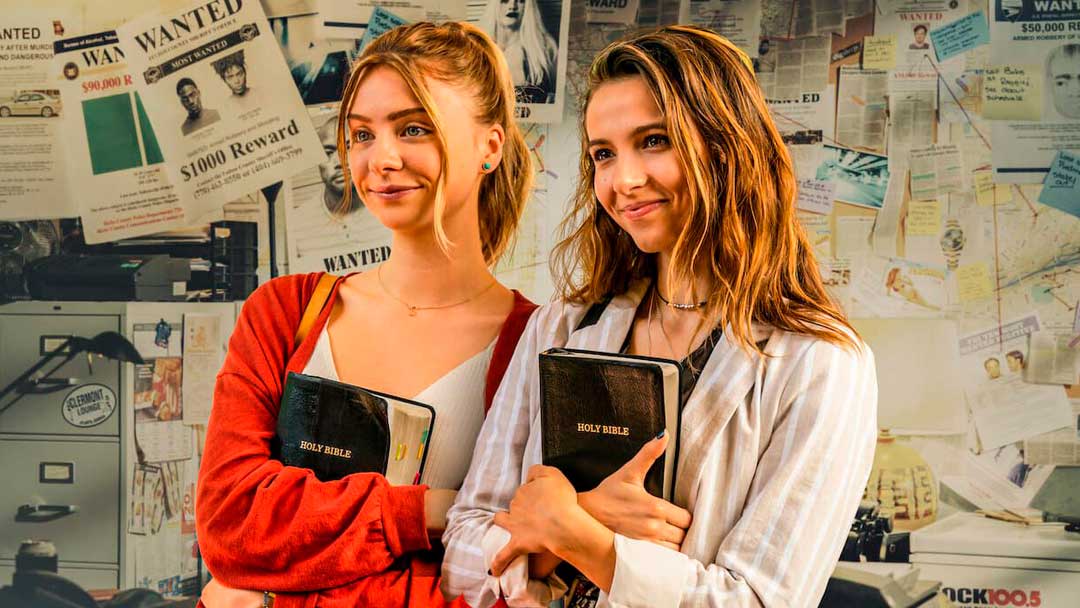 Netflix keeps giving us sweet surprises full of lesbian representation. What’s the new addiction? It’s called Teenage Bounty Hunters. And just to sum up: You must watch it!

Maybe if I begin by telling you that Teenage Bounty Hunters is a teen-action type of series, you’ll may back up a little and think it’s not your thing. But let me clarify it, this show has the perfect amount of drama, comedy, action and this brilliant touch of irony that’s going to have you cracking up. And best of all, It has lesbian representation!

Don’t worry, we’ll first talk about the show without revealing any spoilers, so you can read calmly. Let’s see the trailer so we can get an hint of what’s to come.

Teenage Bounty Hunters narrates the story of Blair and Sterling Wesley, two rich teenage twins living in Atlanta. You know, those typical girls going to a private school, with a car that would take you 12 years to pay and who always carry this huge amount of cash in their purses, in case you need to buy like a million breath mints*. Maybe this description is not so appealing, but they will surprise you. Cause Sterling and Blair are awesome.

As fate would have it, you’ll find out, in the first episode, that Sterling and Blair have no choice but to become bounty hunters and it turns out they rock at it. Plus, the money is good, and they do need money. And you may be asking, why does a rich person need money for? Well, for fixing her dad’s truck, taken without permission, duh!

Let’s be honest, at first it was a bit hard for me to dive into the show, it’s not one of those that catches your attention since the very first minute. But as you keep watching it you fall more and more for it. Key to truly enjoying Teenage Bounty Hunters is not hanging on these first impressions we get of the characters, but rather to learn about their true selves, since they all have a world of emotions to offer.

Sterling may seem as a typical innocent girl, a role model in her fellowship, with a long-term boyfriend, though surprisingly knowing better how to use a gun than a lipstick, but deep inside she’s bold and a bit naughty. Blair is the rebel, and that’s exactly the image she likes to portrait. She likes to question everything and everyone, she can’t stand being in a relationship for so long, makes badass jokes and is adored by the whole school.

As they manage to have it all, combining their social life with the bounty hunting they will face lot of adventures. It has this comical touch, but at the same time Teenage Bounty Hunters surprises you with its criticism on religious hypocrisy or racism and difference of classes. Its script is so well and smart written, since it is subtle and makes you laugh a lot throughout the whole series.

I’d love to tell you who forms the lesbian couple, but I’d rather do it in the spoiler’s section. I must admit I loved the surprise though. I started the show because someone had already told me there was a love story between two girls, but I didn’t look further into and I truly enjoyed jumping into it without having any idea.

I’ll only say that the lesbian romance is main to the show, is not about secondary characters and you’re going to love it. If this recommendation and the trailer are not good enough reason to watch, I don’t know what else to say. So now is when you’re supposed to go stream it! 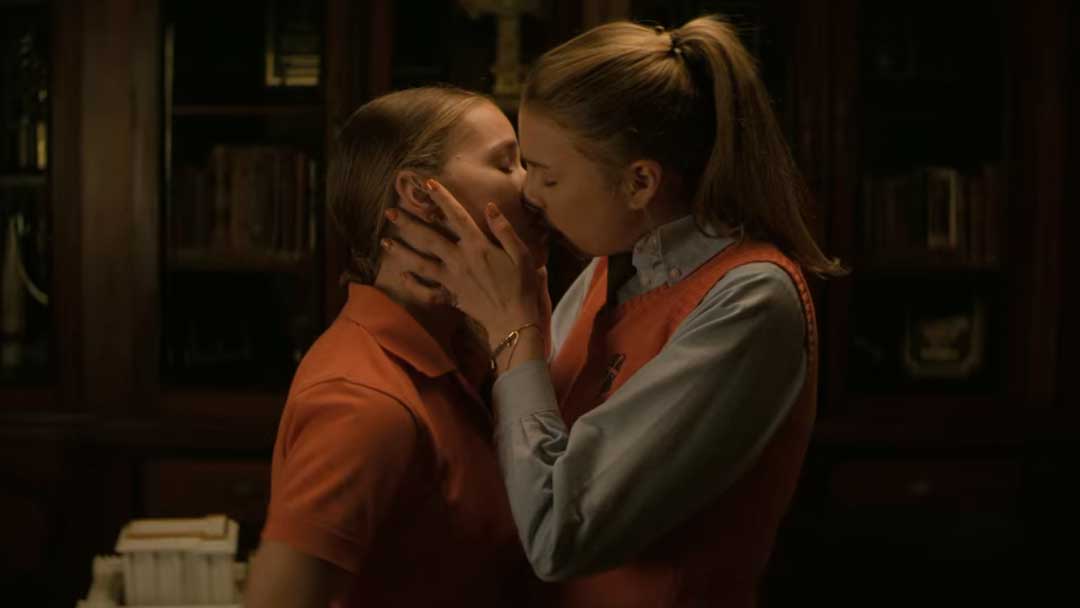 The lesbian couple in Teenage Bounty Hunters is formed by Sterling (Maddie Phillips) and April (Devon Hales). I must start by saying that I adored the way they handled their story. They recreated the topic of “from enemies to lovers” perfectly, taking the fair amount of time so we can enjoy it and understand what they’re going through. Their romance is well developed and treated respectfully.

Something else I loved about the show is that, because of her personality and how it all started, I assumed Blair would be the lesbian; so it was a delightful surprise to see that it was in fact Sterling the one realizing she was not straight. I could go on and on about the plotlines but for that you have the summary of the whole series pinned on the Stepril section. Have a look at it if you enjoyed it the first time, or if you don’t mind the spoilers at all.