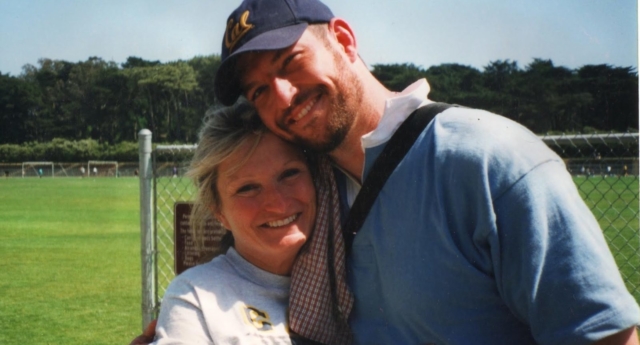 Mark Bingham was born May 22, in 1970. He was a public relations executive who founded his own company, the Bingham Group.
During the September 11 attacks in 2001, he was a Passenger on board United Airlines Flight 93. Bingham was among the passengers who, along with others, formed the plan to retake the Plane from the hijackers, which resulted in the crash of the plane into a field near Shanksville, Pennsylvania. The passengers thwarted the hijackers plan to crash the plane into a building in Washington, D.C., most likely either the U.S. Capitol Building or the White House.

Both for his presence on United 93, as well as his athletic physique, Bingham has been widely honored posthumously for having "smashed the gay stereotype mold and really opened the door to many others who came after him."
Mark Bingham was born in 1970, the only child of mother Alice Hoagland and father Gerald Bingham. When Mark was 2 years old, his parents divorced. Raised by his mother and her family, Mark grew up in Miami, Florida, and Southern California before moving to the San Jose area in 1983.
Bingham was an aspiring filmmaker growing up, and began using a video camera as a teenager as a personal diary through which he expressed himself and documented his life and the lives of his family and friends. He accumulated hundreds of hours of video documenting the final decade and a half of his life. He graduated from Los Gatos High School as a 2-year captain of his rugby team in 1988. As an undergraduate at the University of California, Berkeley, Bingham played on two of Coach Jack Clark's national-championship-winning rugby teams in the early 1990s. He also joined the Chi Psi fraternity, eventually becoming its president. Upon graduation at the age of 21, Bingham came out as gay to his family and friends.

A large athlete at 6 ft 4 in (193 cm) and 225 pounds (102 kg), Bingham also played for the gay-inclusive rugby union team San Francisco Fog RFC. Bingham played No. 8 in their first two friendly matches. He played in their first tournament, and taught his teammates his favorite rugby songs.

Bingham had recently opened a satellite office of his public relations firm in New York City, and was spending more time on the East Coast. He discussed plans with his friend Scott Glaessgen to form a New York City rugby team, the Gotham Knights. 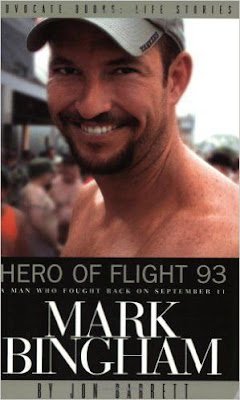 On the morning of September 11, 2001, Bingham overslept and nearly missed his flight, on his way to San Francisco to be an usher in his fraternity brother Joseph Salama's wedding. He arrived at the Terminal A at 7:40am, ran to Gate 17, and was the last passenger to board United Airlines Flight 93.

United Flight 93 was scheduled to depart at 8:00am, but the Boeing 757 did not depart until 42 minutes later due to runway traffic delays. Four minutes later, American Airlines Flight 11 crashed into the World Trade Center's North Tower. Fifteen minutes later, at 9:03 am, as United Flight 175 crashed into the South Tower, United 93 was climbing to cruising altitude, heading west over New Jersey and into Pennsylvania. At 9:25 am, Flight 93 was above eastern Ohio, and pilots Jason Dahl and LeRoy Homer received an alert, "beware of cockpit intrusion," on the cockpit computer device. Three minutes later, Cleveland controllers could hear screams over the cockpit's open microphone. Moments later, the hijackers, led by the Lebanese Ziad Samir Jarrah, took over the plane's controls and told passengers, "Keep remaining sitting. We have a bomb on board."
Bingham and the other passengers were herded into the back of the plane. Within 6 minutes, the plane changed course and was heading for Washington, D.C. Several of the passengers made phone calls to loved ones, who informed them about the two planes that had crashed into the World Trade Center. Bingham phoned his mother, reporting that his plane had been hijacked and relaying his love for her. According to Hoglan, Bingham said: "Hi mom, I love you very much, I'm calling you from the plane. We've been taken over. There are three men that say that they have a bomb."

After the hijackers veered the plane sharply south, the passengers decided to act. Bingham, along with Todd Beamer, Tom Burnett and Jeremy Glick, formed a plan to take the plane back from the hijackers. They were joined by other passengers, including Lou Nacke, Rich Guadagno, Alan Beaven, Honor Elizabeth Wainio, Linda Gronlund, and William Cashman, along with flight attendants Sandra Bradshaw and Cee Cee Ross-Lyles, in discussing their options and voting on a course of action, ultimately deciding to storm the cockpit and take over the plane.

According to the 9/11 Commission Report, after the plane's voice data recorder was recovered, it revealed pounding and crashing sounds against the cockpit door and shouts and screams in English. "Let's get them!" a passenger cries. A hijacker shouts, "Allah akbar!" ("God is great"). Jarrah repeatedly pitched the plane to knock passengers off their feet, but the passengers apparently managed to invade the cockpit, where one was heard shouting, "In the cockpit. If we don't, we'll die." At 10:02 am, a hijacker ordered, "Pull it down! Pull it down!" The 9/11 Commission later reported that the plane's control wheel was turned hard to the right, causing it to roll on its back and plow into an empty field in Shanksville, Pennsylvania at 580 miles an hour, killing everyone on board. The plane was 20 minutes of flying time away from its suspected target, the White House or the U.S. Capitol Building in Washington, D.C. According to Vice President Dick Cheney, President George W. Bush had given the order to shoot the plane down had it continued its path to Washington.

Bingham was survived by his family and his former partner of 6 years, Paul Holm, who said Bingham had risked his life to protect the lives of others on occasions prior to 9/11, having twice successfully protected Holm from attempted muggings, one at gunpoint. Holm described Bingham as a brave, competitive man, saying, "He hated to lose—at anything." He was known to proudly display a scar he received after being gored at the Running of the Bulls in Pamplona, Spain.

The Mark Kendall Bingham Memorial Tournament (referred to as the Bingham Cup), a biennial international rugby union competition predominantly for gay and bisexual men, was established in 2002 in his memory.

Bingham, along with the other passengers on Flight 93, was posthumously awarded the Arthur Ashe Courage Award in 2002.

Singer Melissa Etheridge dedicated the song "Tuesday Morning" in 2004 to his memory.

Beginning in 2005, the Mark Bingham Award for Excellence in Achievement has been awarded by the California Alumni Association of the University of California, Berkeley to a young alumnus or alumna at its annual Charter Gala.

At the Flight 93 National Memorial in Pennsylvania, Bingham's name is located on one of the 40 8-foot-tall panels of polished, 3-inch thick granite that comprise the Memorial's Wall of Names.

The 2013 feature-length documentary The Rugby Player focuses on Bingham and the bond he had with his mother, Alice Hoagland, a former United Airlines flight attendant who, following his death, became a nationally known authority on airline safety and a champion of LGBT rights. Directed by Scott Gracheff, the film relies on the vast amount of video footage Bingham himself shot beginning in his teens until weeks before his death. The film's alternate title, With You, is a popular rugby term, and one of Bingham's favorite expressions.

How Do You Get Bed Bugs?
Car Sex The Best 6 Positions
My #1 Secret for Being a Better Teach…
Interview with the legendary comic bo…
I’m doing what I can right now

I’m doing what I can right now

Benefits of Investing in a Comprehensive Van Insurance