Studies Find Kids of Same-Sex Parents Do Just As Well 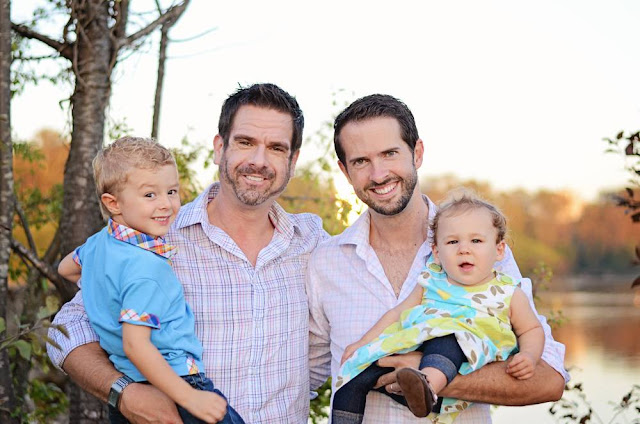 METRO UK reports:
Scientists looked into more than three decades worth of peer-reviewed research into how the Children in same-sex-parented families did in comparison to their peers from opposite-sex-parented families.
The wide-ranging study, published in the Medical Journal of Australia in October 2017, found what had already been shown in multiple previous studies – that the kids do just as well.
Researchers behind the study, titled ‘The Kids are OK: it is Discrimination Not Same-Sex Parents that Harms Children’, said at the time: ‘The findings of these reviews reflects a broader consensus within the fields of Family studies and psychology. It is family processes – parenting quality, parental wellbeing, the quality of and satisfaction with relationships in the family – rather than family structures that make a more meaningful difference to children’s wellbeing and positive development.’
They added that studies that had shown poor outcomes for LGBT-parented children had been widely criticised for their limited methodologies.
For example, one widely-cited Regnerus study was found to have looked at adults raised by an LGBT parent in any family configuration, and compared them with adult children of heterosexual couples whose families were specifically only stable, two-parent set-ups, which would likely have distorted the outcomes.
Another study, conducted in 2014 by researchers at the University of Melbourne, found that children of same-sex couples actually fare better than their peers when it comes to physical health and social well-being.
See full story here.

How To Get Health Insurance Without A…
GE Versana Premier and GE Logiq P9 – …
What to wear: outfit ideas for Christ…
Online Massage Therapy Courses, are y…
Karen Wiesner: I Have Dreamed a Littl…


This post first appeared on The Gay Almanac, please read the originial post: here
People also like
How To Get Health Insurance Without A Job
GE Versana Premier and GE Logiq P9 – A Comparison
What to wear: outfit ideas for Christmas & summer
Online Massage Therapy Courses, are you ready to start today?
Karen Wiesner: I Have Dreamed a Little Dream (Authors and Dream Inspiration), Part 2
Dacryphilia: The things you need to know right now

Studies Find Kids of Same-Sex Parents Do Just As Well