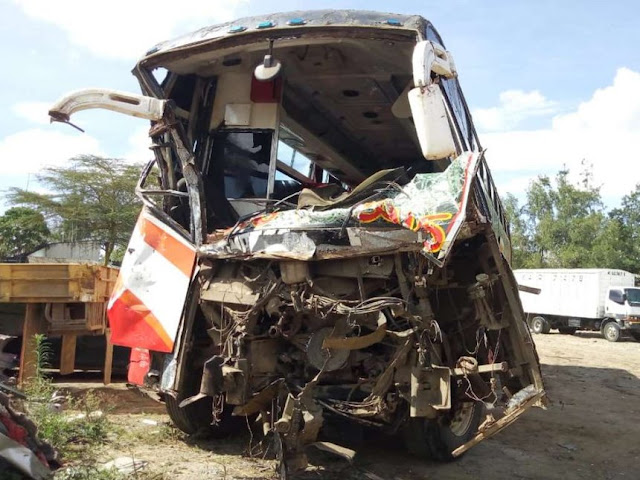 A pregnant Nakuru woman met her untimely and grisly end after she was hit by a lorry escaping a police chase. The driver of the lorry received the wrath of nearby bodaboda riders but managed to make it hospital for treatment. He will face charges.

Ms Eunice Maguke, who was 6 months pregnant at the time was at her kiosk in Kabachi area of Nakuru town when the unfortunate incident happened.

Witnesses say that they suddenly saw a lorry veering off towards the kiosks and in seconds, they heard screams after others saw the woman dead.

The police were chasing the lorry after the driver had failed to stop after their orders. Once they realized that the lorry caused an accident, the police car made a U-turn.

It was only after half an hour that police came to take away the body of the slain woman to the Nakuru War Memorial Mortuary.

Angry residents descended on the lorry driver after he tried escaping and beat him before he was rescued and taken to hospital.

A woman who chose to remain anonymous said that the police must have demanded for a bribe from the lorry. When the driver defied them, they threatened to arrest him.

It was after this that he decided to speed off. Little did he know that things would turn this bad.

He will be charged for resisting arrest and murder.