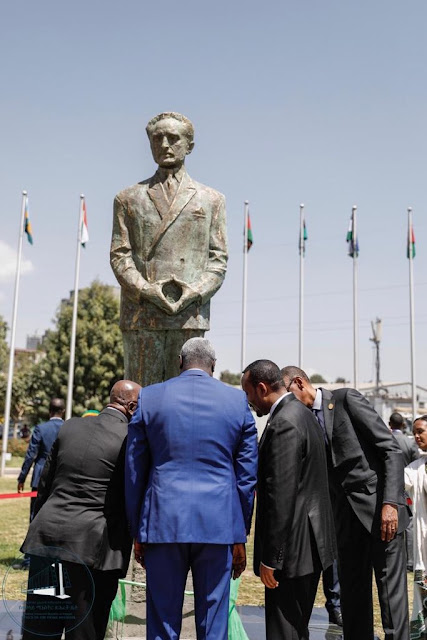 A commemorative statue of Emperor Haile Selassie was unveiled in Addis Ababa to recognize his contributions to African independence. He was key in the formation of the Organization of African Unity (now AU) back in 1963.

Here is what internet users had to say;

The man who claimed lineage to Menelik I, who was the offspring of King Solomon and the Queen of Sheba. Haile Selassie aka Ras Tafari is worshiped as God incarnate by over 700,000 people around the world. His official title was... https://t.co/WWBcQ98FmK
— DTTO NEWS (@dttonews) February 11, 2019

PM Abiy Ahmed with Presidents of Rwanda, Ghana & the Chairperson of the #AUC unveiled the statue of HIM Haile Sellasie. This historic event acknowledges one of the founding Fathers of the OAU - the African Union’s predecessor - for his contributions. #PMOEthiopia #AUSummit2019 pic.twitter.com/Q4cjaR03l9
— Office of the Prime Minister - Ethiopia (@PMEthiopia) February 10, 2019

THIS A MONUMENTAL MOMENT (no pun intended).
haile selassie i, jah ras tafari!!