Domestic terrorist hunt: Who’s going to catch them and how?

As America mourns in the aftermath of two deadly mass shootings – one of which has already been labeled an act of Domestic terrorism – red flags have been raised as to whether enough resources have been allocated to preventing the tragedies.

In the days since the deadly massacres in El Paso, Texas and Dayton, Ohio, a spotlight has been shined on the difficulties investigators face in stopping the assaults, and even the fallibilities of prosecutors in labeling the perpetrator a “terrorist” after the attack has been carried out.

“Domestic terrorism for the United States is nothing new. One of the earliest incidents occurred in 1910 when the Los Angeles Times building was bombed. We also had many domestic terrorist attacks in the 1970s, ranging from bombings to hijackings,” Jeffrey Simon, visiting lecturer in the Department of Political Science at UCLA and author of “The Alphabet Bomber: A Lone Wolf Terrorist Ahead of His Time,” told Fox News. “But the recent surge in domestic terrorist attacks would lead one to assume that it is a growing threat.”

The threat was deemed a number one prerogative for federal authorities during the 1990s, but after the attacks of Sept. 11, 2001, attention veered to combating international terrorism.

But domestic terrorism has once again returned to the forefront as an increasing concern, law enforcement experts say.

The FBI mandates that its “number one priority” is to protect the United States from terrorist attacks – which it divides into “international terrorism” and “domestic terrorism.”

The latter is officially defined as having been “perpetrated by individuals and/or groups inspired by or associated with primarily U.S.-based movements that espouse extremist ideologies of a political, religious, social, racial or environmental nature.” The political and socially-motivated crimes are usually deemed “domestic terrorism” when they occur within the United States but without a known affiliation to an outside terrorist group. 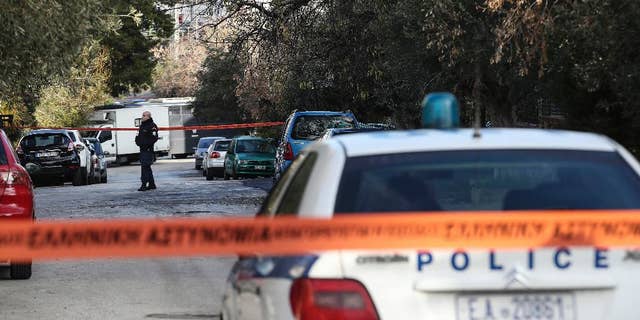 A policeman secures a street where police conduct an investigation at a suburb of Athens, Thursday, Jan. 5, 2017. Greek police say they have recaptured a convicted far-left militant wanted for more than four years after she absconded during her trial on domestic terrorism charges. (The Associated Press)

The FBI currently has around 850 domestic terrorism cases open, with some forty percent centered on white nationalist ideologies and violent extremism. Some 100 arrests of domestic terrorism suspects were made between October and May, according to the FBI, already eclipsing the 120 arrests made in all of 2018 and 150 in 2017.

Moreover, the FBI also announced in May that domestic terrorist threats are exceeding international ones, at the time 66-63 during the current fiscal year.

The weekend’s horrors have subsequently prompted a chorus of critics to call for the involvement of more agencies that normally focus on international terrorism, such as the CIA and NSA, to become more involved in quashing the rising domestic terrorism and white nationalism threat. But that idea, too, has been met with backlash by security professionals who say the personal privacy of U.S. citizens would be sacrificed.

“It is dangerous ground for these agencies that are typically involved regarding foreign threats,” noted Alex del Carmen, Associate Dean and Professor of Criminal Justice and Strategic Studies at Tarleton State University in Fort Worth, Texas. “My recommendation would be to increase the budget and capability of local and federal law enforcement agencies.”

And according to Ryan Mauro, a national security expert and director of the Clarion Intelligence Network, such calls will more than likely fall on deaf ears.

“I don’t envision that the CIA will have a domestic role. Part of the reason for dividing the scope between the FBI and CIA is the Constitution. The CIA obviously has much greater leeway to gather intelligence overseas on non-US. citizens. It’s a different operation with different rules and any domestic role for the CIA in intelligence-gathering or criminal investigation would just duplicate the FBI’s own efforts,” he explained. “If powers to detect and prevent extremists are going to be broadened, it will likely be through expanding the powers of the law enforcement agencies already involved in combating domestic terrorism.”

But even the powers afforded to domestic agencies come with limitations, and thus, foiling the next attack is also fraught with challenges for investigating authorities.

“You have to consider that here we have Fourth Amendment Rights, and that restricts the FBI’s ability to investigate and we, of course, abide by the Constitution,” said Gregory Shaffer, a retired Supervisory Special Agent of the FBI and founder of the Dallas-based Shaffer Security Group. “When dealing with international terrorism cases, you have the Foreign Intelligence Surveillance Court court, which is a lot less stringent when it comes to obtaining warrants or wiretaps.”

He stressed that while it is perhaps an option for Congress to start looking at allowing the FBI to use the same tools afforded to investigate foreign terrorism cases, it’s a “slippery slope,” as everyone in the U.S. has the right to free speech.

“Law Enforcement and social media platforms also need to work more hand-in-hand,” Shaffer continued. “Then there is the basic issue of manpower – the NYPD, for example, is three times the size of the FBI, which is supposed to be presiding over the whole country.”

The proliferation of the internet has enabled individuals to fly relatively below the radar with their murderous doctrines and hateful dogma. The El Paso shooter – who claimed at least 22 lives – allegedly had a presence on the site 8chan, which has come under fire in the past. The shooter also used the site to post his white supremacy manifesto in the Hispanic-majority Mexico border town before embarking on a shooting rampage at a Walmart in El Paso on Saturday morning.

While it was announced on Monday that 8chan would be shuttered, law enforcement has long bemoaned the extent of such forums and the difficulties in being able to identify the unidentified users and the efficacy of the threats and rhetoric.

“The psychology of copy-cat crimes is very potent and we will continue to see more of these types of crimes and for that reason, it is really important not to give a podium for hateful ideologies. We are only beginning to understand how white supremacist and domestic terrorists of this type operate and we need to get on top of it fast,” observed Anne Speckhard, Adjunct Associate Professor of Psychiatry at the Georgetown University School of Medicine and director of the International Center for the Study of Violent Extremism. “All of the major internet platforms have a responsibility to stop the spread of hate speech and incitement to violent extremism. Social media magnifies hate and youth can easily be caught up.” 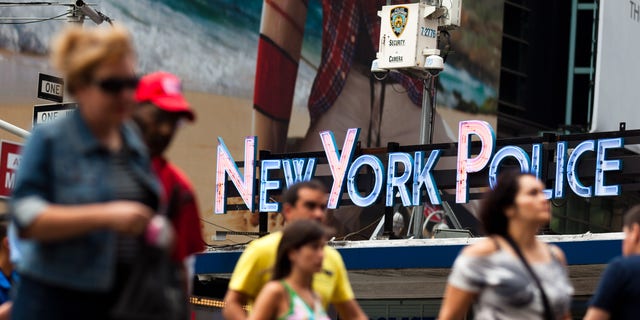 Pedestrians start their morning under the watchful eyes of surveillance cameras in Times Square in New York, Tuesday, Aug. 19, 2011. Since the terrorist attacks of Sept. 11, 2001, the NYPD has become one of the country’s most aggressive domestic intelligence agencies, targets ethnic communities in ways that would run afoul of civil liberties rules if practiced by the federal government. (AP Photo/John Minchillo) (AP)

del Carmen added the manifestos of domestic terrorists have essentially become a “call to arms,” an ego-driven effort to further the dangerous ideologies and encourage copycat killings.

“What is most concerning to me is that the manifesto is an invitation to others to be part of this movement,” he said. “And it is very hard for law enforcement to stop future acts of violence, it is not statistically possible for law enforcement to be present all the time everywhere. The best thing we can do is to engage in conversations as it relates to the issues and hopefully we can conquer the hearts and minds of those inside of it.”

Mauro also highlighted that what separates domestic terrorism from mass murders and other crimes essentially is the ideology behind it – and he contended that there has been a lot of effort to combat domestic terrorism – but resources are lacking.

“We don’t hear about it because the media doesn’t pay much attention to foiled plots and arrests for crimes not directly related to violent plots. But like with Islamist extremism, the FBI’s official position is that it investigates crime, not ideology,” he said. “That, combined with a lack of resources, makes it a very difficult job for the FBI and other agencies to identify the most likely violent and criminal actors within the extremist pool.”

GET THE FOX NEWS APP

And along with needed assets, out-of-the-box thinking is also required, experts say.

“We need to anticipate and think creatively in trying to figure out what terrorists will do next.  But unfortunately, we can’t expect to ‘defeat’ terrorism since terrorism can be one person with one bomb and a cause,” Simon added. “The goal needs to be to make it harder for terrorists to succeed in their plans.  This includes the important role of good security and intelligence.”

The post Domestic terrorist hunt: Who’s going to catch them and how? appeared first on NewsWorld.

Domestic terrorist hunt: Who’s going to catch them and how?