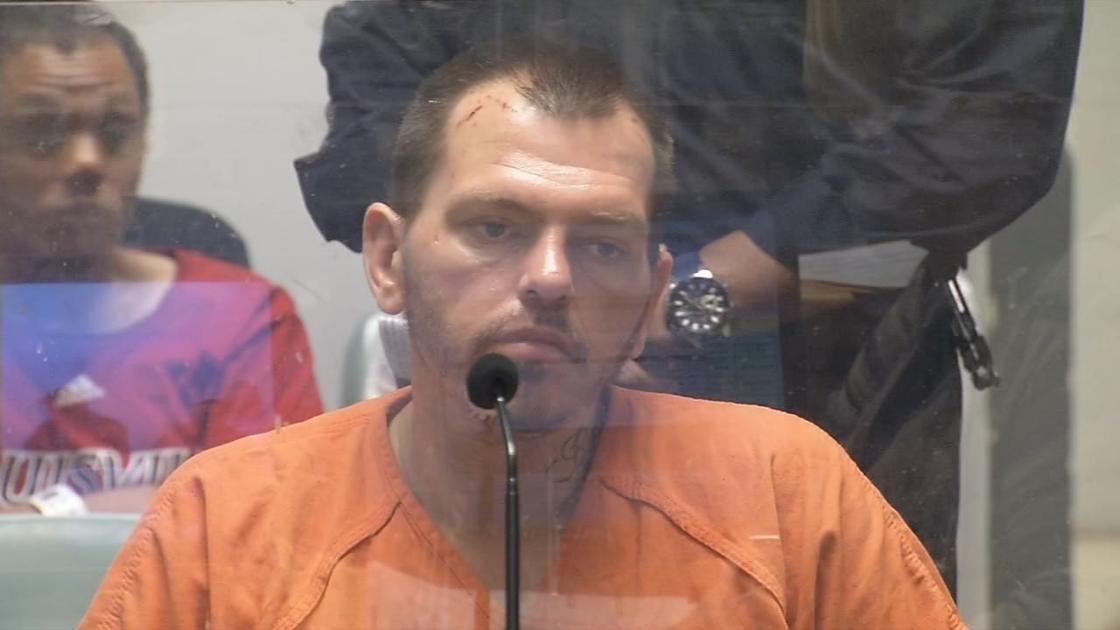 LOUISVILLE, Ky. (WDRB) — The mother of a 12-year-old girl says her daughter did everything right when a man broke into their home and began undressing in the girl’s bedroom over the weekend.

Donald Oliver, 38, was in court Monday morning, a day after he was shot while allegedly breaking into the home in the 1200 block of Homeview Avenue, near Taylor Blvd.

According to court documents, it happened around 7 a.m. on April 14. That’s when Tina Burton she says her next door neighbor broke into her house, entered her 12-year-old daughter’s room and started undressing.

“He got undressed in my daughter’s room,” Burton said. “Like, what was your intentions? … You are sick.”

Despite the danger, Burton says her daughter didn’t panic.

Burton says all three of her daughters were home at the time, and thanks to her oldest daughter’s quick thinking, they came out of the situation unharmed.

LMPD says Oliver found his way from the girl’s bedroom to the kitchen, wearing only his underwear.

That’s when Burton’s boyfriend Ali Bracey, says he went into the kitchen and yelled for Oliver to leave. “I told him to get out, and he didn’t want to move. And he growled at me.”

When Oliver refused, Bracey began hitting him with a broom — and anything else he could find.

After the fight continued for some time, police say Burton got a gun and gave it to Bracey, who says he shot at Oliver six times before Oliver finally ran away.

“He ended up getting six shots, period,” Bracey said.

Police found Oliver and arrested him a short time later.

Investigators say they found a small bag of heroin they believe Oliver dropped inside the home when he was taking his clothes off.

Oliver was taken to the hospital with non-life threatening injuries, and was booked into Metro Corrections Sunday afternoon after his injuries were treated.

He is now charged with burglary, assault, and possession of a controlled substance.

Oliver was in a wheelchair during his court appearance on Monday. The judge noted his lengthy criminal record and set a $50,000 bond.

Although Oliver lives next door, the family has never actually met him. Bracey says other neighbors agree with his actions.

Burton says she has no intention of moving out of the neighborhood.

“We’re going to stay. I’m not going to let anyone run me out of my home.”

The post Man undresses in 12-yo’s room during break-in appeared first on NewsWorld.

The Risks Towards Sexual Assault by Oliver Clark

School Starter | Is your child starting school too?