How to Steal a Rhino Tank in Grand Theft Auto 5

Rhino Tank has a huge value in GTA 5. However, in order to acquire that, you need to have a lot of cash to throw away. But that doesn't have to be. In this guide, I will outline all the necessary steps that you need to take in order to steal a rhino tank. 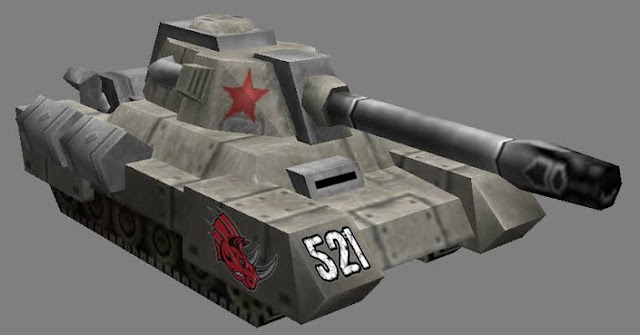 A cargobob is a term used to refer to a helicopter used by the military. To find these kinds of helicopters that are strongly built, you to visit the helipad of Fort Zacundo. You need to pay in order to gain possession of it.

You cannot just steal a rhino tank and expect to walk away free. Surely, your moves will be noticed by the military. In order to survive this mission, you need practice - tons of it. The best place to do this is San Andreas Flight Academy. There, you will learn all the swoops and swings that you need to manoeuvre those tough guys at the military. At the end of it all, you will be more confident and skilled in handling that cargobob.

Just like everything in real life, you need to plan your moves. It will not hurt to do a quick survey of the entire military camp before doing the deal. To be more successful, it is recommended that you avoid places that the military guys are concentrated on. Also, target stealing the tanks just at the edge of the camp. This will make your escape swift and smooth.

4. Put the Cargobob's Hook into Good Use

The Cargobob has a hook attached to it that can make taking the rhino tank easier. Of course, it is assumed that you practiced how to use it efficiently during the time you spent at San Andreas Flight Academy.  Once you identified the tank that you will be stealing, use the hook to get your tool of terror.

5. Make an Escape to a Safe and Secure Place

As soon as you have stolen the tank, the cops will give you a hot chase. However, if you indeed mastered the cargobob as you are supposed, it wouldn't be hard before the cops will lose sight of you. To be double sure that your tankjacking is a success, land in a far place that is both safe and secure. You certainly don't want to be surrendered at the last minute that you are about to enjoy your booty.

Gradually lower the cargobob (the military helicopter) till the tank is sufficiently touching the ground. This is important to avoid sudden drops which might lead to damages. Release the hook of the cargobob from the tank and then fly down. Enter the rhino tank and take command of it by pressing the necessary button.

7. Look Out For Rival Tanks

You accomplished your mission of stealing a tank. Now is the time to unleash mayhem, destruction and terror. However, you certainly wouldn't like your enjoyment of the tank to be short lived. Therefore, you have to be on the look out for rival tanks and the cops.Immediately you find an enemy, blow them away before they do.

How to Steal a Rhino Tank in Grand Theft Auto 5