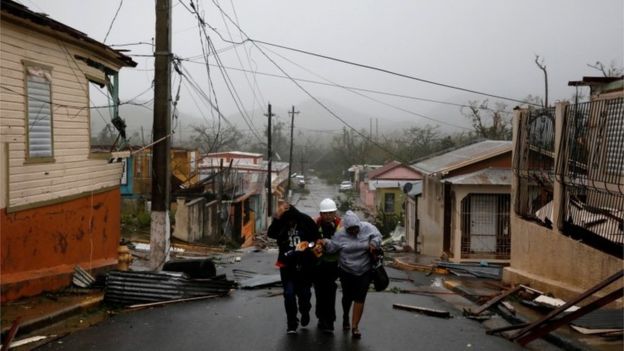 All Puerto Rico were left in total darkness as hurricane maria hit power supply station in Puerto Rico.Hurricane Maria has knocked out power to the entire island of Puerto Rico, home to 3.5m people, emergency officials have said.


A report vfrom Abner Gómez, head of the disaster management agency, made it clear it clear that the hurricane had damaged all thing in it part.

According to undisclose outlet, None of the customers of Puerto Rico's Electric Power Authority had any electricity, he said.

Maria weakened to a category three storm with winds of 115 mph (185km/h) as it moved across the island.

"The information we received is not encouraging," Mr Gómez told a briefing, urging people to stay in their homes.