All High School Students in Underdeveloped Region Admitted to University

The people of Saravan and its surrounding villages at the south-easternmost point of Iran, near the Iran-Pakistan border, have been filled with joy since a few days ago. They are delighted because all students in their local boarding high School have been successful at the nationwide university entrance exam.

The names of these students could be heard on various social media since last weekend. They were students of Shahid Motahari boarding school, which gives its students charity fund.

Mahmoud Nosrat, the biology teacher of these students, said in an interview with Shahrvand newspaper that the class had 30 students, all of whom had been admitted to Iranian universities. Out of these 30 students, 17 will study medical sciences.

According to the teacher, the school is a boarding one and most of its students come from villages around Saravan.

“Our school had 280 students this year. Thanks to a special program and an educational team who has been working with them for five years, these students received special education since the very first year of school.”

He says the most important factor for the success of these students is the staff members who work at the school. 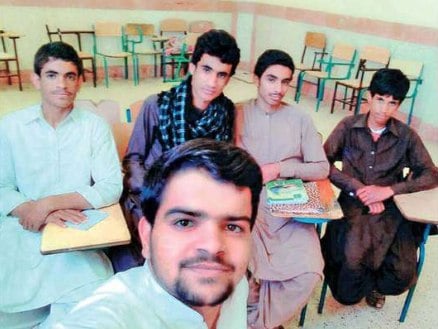 As this biology teacher says, the entrance fee for the school is about 10 USD. And as school expenses cannot be covered with this money, some charities have funded students since 2013.

He says most of these students are financially weak, especially those from the villages.

“Their families have no income, especially because of droughts. We have students who come to school from the very first day to the end of the year and do not go home at all. They have no money to go. For us, Eid ul-Adha and Eid ul-Fitr are very important, and every year, some colleagues raise money so that the students could go home on these two days.”

According to Nosrat, the graduates of this school return to Saravan and its villages after they finish their education.

“A number of graduates have been among the best students of medical sciences within the past years. Of the former high school graduates, there is one cardiologist, one eye specialist and one neurologist.”

As he says, a number of the school’s teachers are graduates of the same school, who have returned home after college. “They return home; their home is here, their fatherland is here.”

All High School Students in Underdeveloped Region Admitted to University