‘First of all Introduction!’ Davido and Chioma are engaged 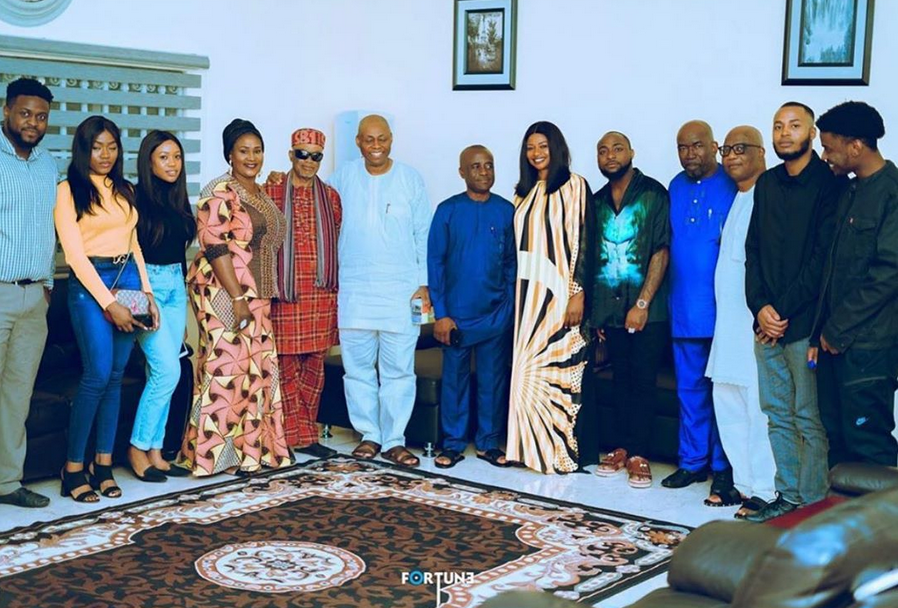 Davido and his famous lover and chef, Chioma Rowland, 24, who is rumoured to be pregnant, had their Introduction Ceremony recently.

The 27-year-old singer took to his Instagram page to share a photo from the Introduction ceremony with family and friends in attendance.

”First of all Introduction” He captioned the photo

Davido’s elder brother, Adewale Adeleke who is also engaged confirmed the news as he took to Instagram to congratulate the couple while stating that the main wedding will hold in 2020.

”So happy! Love you both @thechefchi @davido official #chivido2020” he wrote

Cubanna Chief Priest also stated that the wedding will be the ”biggest wedding in Africa.” We won’t be surprised.

The post ‘First of all Introduction!’ Davido and Chioma are engaged appeared first on Amala.

‘First of all Introduction!’ Davido and Chioma are engaged