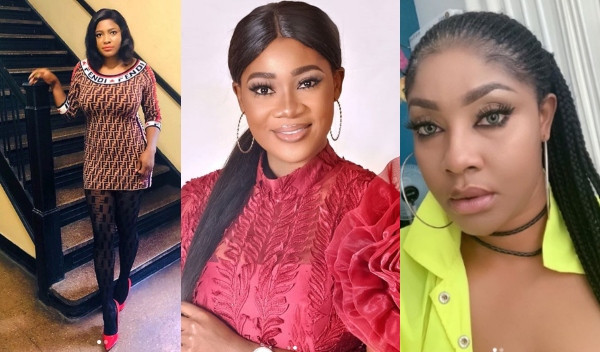 Sonia Ogiri shared her bitter experience she had with Mercy Johnson, in an Instagram post she titled ‘healing process’.

The mother of one said her journey into Nollywood began after her marriage to her ex-husband crashed. Recounting how she met A-list stars on debut movie, Sonia said it was all good till she met Mercy Johnson.

She accused Mercy of saying hurtful things to her including refusing to ride in the same car with her for no reason. She said that the Kogi born actress asked movie crew members and her friends not to talk her on set, passed snide comments when she was acting and also told movie producers not to give her movie roles.

Hey sis @mercyjohnsonokojie I think is time to talk about all the pain you inflicted on me all this years in order for my healing process to take
place. .
I hope MOTHERHOOD have changed you and you now understand when a mother wants to make her kid or kids proud of her tomorrow and just like you were overwhelmed by the love people showed you on your birthday, I hope you show/act true love towards people too.
.
I Needed to revisit this so as to get it off my chest cos holding it in all these years felt like I was imprisoned and it’s about time set my free. .
Ps Tell your fans not to come for me cause you and you alone knows I’m not lying . Have a great day

Angela Okorie also backed the claim made by Sonia Ogiri. She alleged that Mercy Johnson did worse to her and even fought her spiritually and physically.

“She did worse than that to me and I confronted her and she started fighting me spiritually and physically, oil dey my head small small witches no reach Abeg” she wrote.