Monuments of Buenos Aires: Monument of the Two Congresses

This imposing monument, inaugurated in 1914, is called Monumento de los Dos Congresos (Monument of the Two Congresses), in commemoration of the  Constitutional Assembly of 1813, and the Congress of Tucuman of 1816, which declared the Independence of Argentina from the Spanish Empire.

Moffat Camping and Caravanning Club S…
House Party ’96
How Universal Basic Income Gets Attra…
Empire of Language- Prelude-Metaphors…
Baroque Design for the Home
The Monument is the work of Belgian sculptor Jules Lagae, who created the figures, and  Eugenio D’Huicque, the Belgian architect who designed the basement, entirely constructed in stone from the French city of Nancy. It consists of a large fountain and an elevated platform surrounded by three flights of stairs.
The main allegory in the center represents the Argentine Republic, holding a branch of laurel in one hand, and the other hand resting on a plough. At its feet, the snakes of evil and a figure representing labor. Below on each the sides, two female Figures Represent the 1813 Assembly, and the Congress of Tucuman. 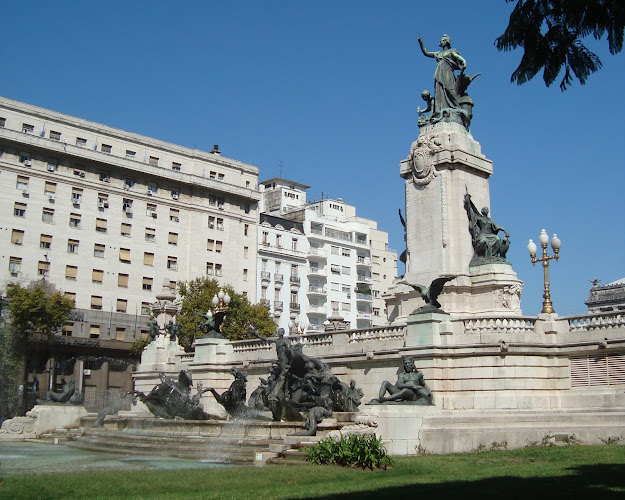 The fountain, which is oriented towards the East, represents the Rio de la Plata, and two allegoric figures represent its tributaries, the Uruguay and Parana rivers. The fountain is surrounded by bronze sculptures of animals representing the national fauna, a group of horses, condors, and rounds of cherubs representing Peace. 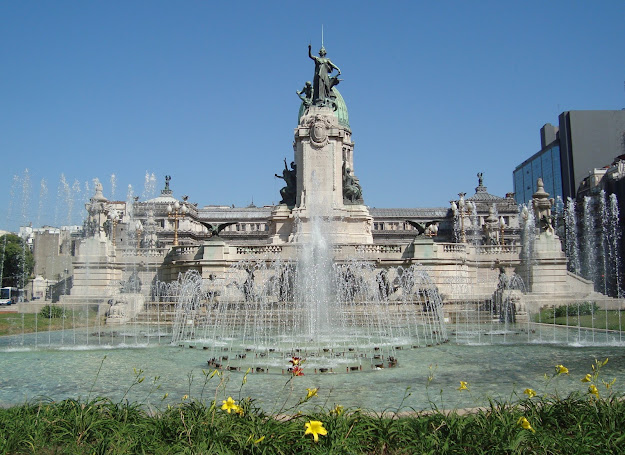 The Monument to the Two Congresses and the three  plazas where it is located, were designated a National Historic Monument in 1997.

Monuments of Buenos Aires: Monument of the Two Congresses