Hello and Merry Christmas and Happy New Year to all our readers and riders!

Well it’s been a fantastically busy year for Ride Expeditions. We’ve expanded into South America riding a recce Tour and then running the first full customer tour in Colombia this October, and after a similar recce tour in Mongolia we’ve got the first customer tour of ‘The Warrior’s Trail’ on sale for July next year. We’ve also run our full South African ‘Cape Crusader’ tours and introduced a shorter version – the rather wonderful ‘Sea to Safari’ – for those with less time or a smaller budget. In India there’s been another bumper Himalayan season, with riders from all over the world firing up their Royal Enfields for some truly epic riding and let’s not forget our South East Asia rides in Cambodia, Vietnam and Laos which have been running from January through to December under the watchful eyes of Vut, Toby and TK. Oh, and there’s even a new office dog – Ziggy!

What a year – what a time to be alive, and we couldn’t have done it without our wonderful riders. Thank you all so much!

So on with the news…

So in 2019 we took over 100 riders on our ever popular Himalayan tours – whether it was the splendour of the Himalayan Heights or the epic beauty of the Hidden Himalayas, you just couldn’t get enough of these incredible motorcycle experiences – and who can blame you? They are big favourites with all the team at Ride Expeditions HQ. And with the 2020 season rapidly filling up and many rides selling out already, then we’ve managed to squeeze in some additional Himalayan dates. 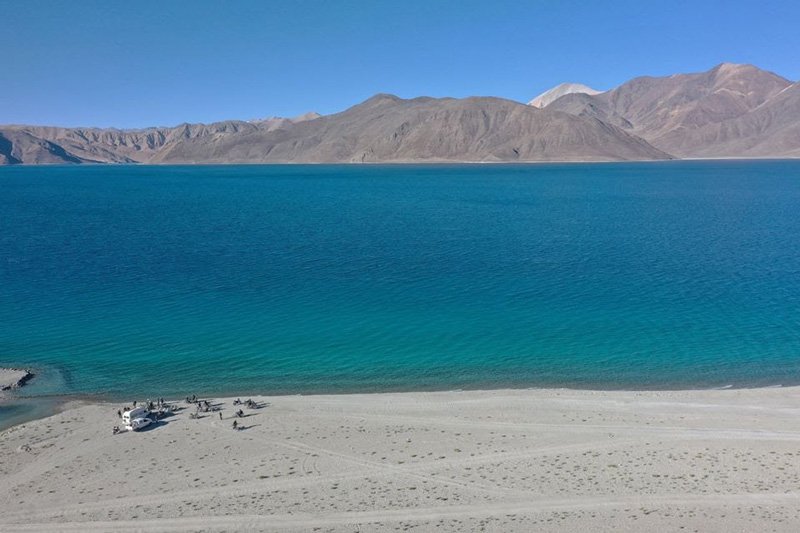 THE INCREDIBLE PANGONG TSO LAKE, HIGH IN THE MOUNTAINS 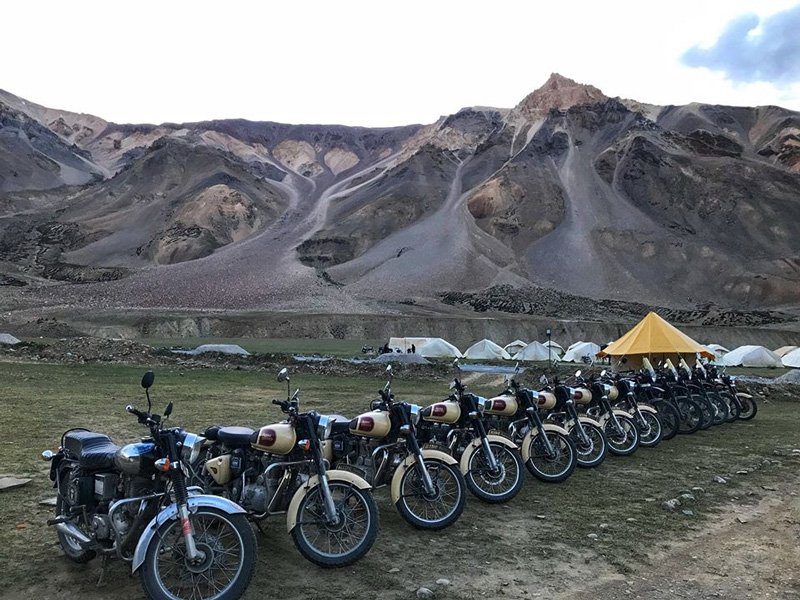 PITCHING CAMP AT SARCHU ON THE HIGH PLAINS 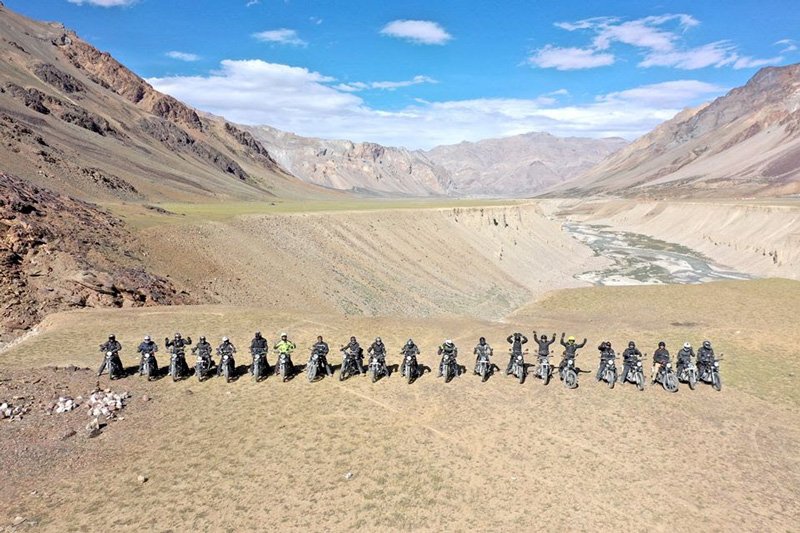 Dates for the Hidden Himalayas tour are:

With tours filling up and spaces limited, if you fancy a bit of Himalayan heaven, give Charl or Kaylee an email and they will sort the rest. Simples.

RAISING THE BAR IN CAMBODIA

So after over seven years of operating in Cambodia, we’re going large for 2020, and upgrading our tours to premium across the board. This means we’ll be moving away from the trusty Kawasaki KLX300s and now only be running Yamaha WRFs Enduro machines, from the super agile 250 to the barn storming 450. With the WR such a popular bike with our riders and our chief guide Vut – ‘Helmets on Gentlemen’ it’s a great move for everyone and Julian is already selecting kit to match with the bikes. We’re also upgrading the accommodation to include the best of the best, from floating river lodges to traditional style villas and luxury 5* hotels. Oh, and we’re also throwing in helicopter tours above the majestic Angkor Wat temple in Siem Reap!

Check out our Cambodian tours here

So, do you fancy a bit of big bike adventure fun? Well if you do then we’re the people to help. Our Cape Crusader tour rumbles out of Cape Town in April on a fleet of wonderful BMWs and with some spots still left then you could be joining us! The tour takes in the wonders of the Cederberg Wilderness, the sweeping roads on Chapman’s Peak Drive and the wonders of the Garden Route. We’ll visit Safari Parks and Nature reserves, camp out in the wide starry skies of the African bush and traverse the epic Swartberg Mountain range on our descent into ‘The Hell’. 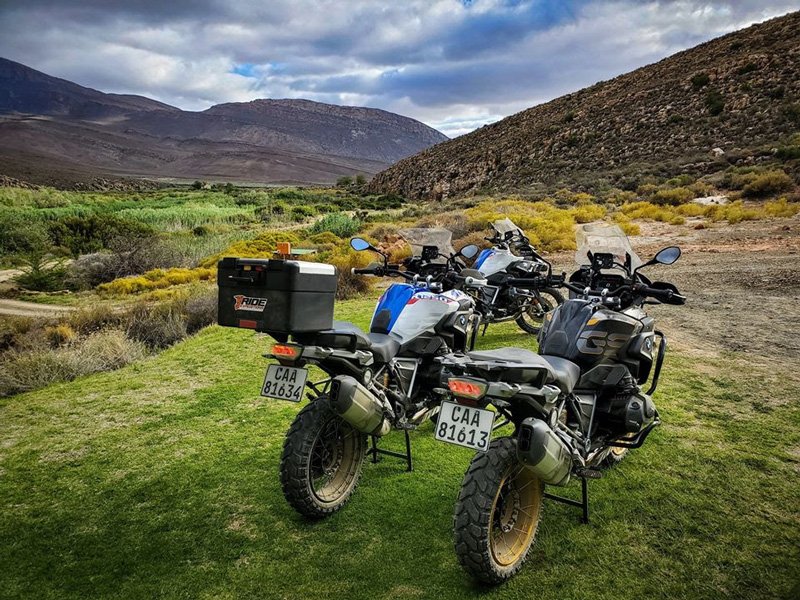 CHOOSE YOUR WEAPON AND FIRE IT AT THE SCENERY! 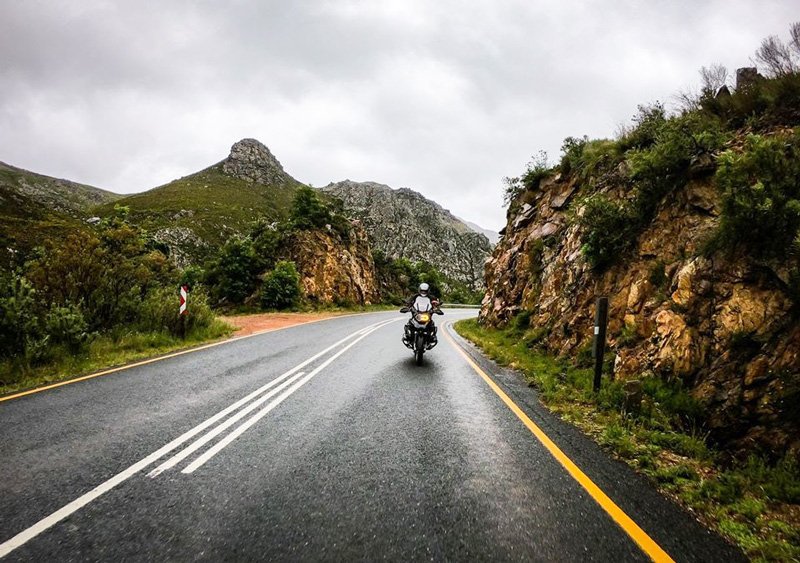 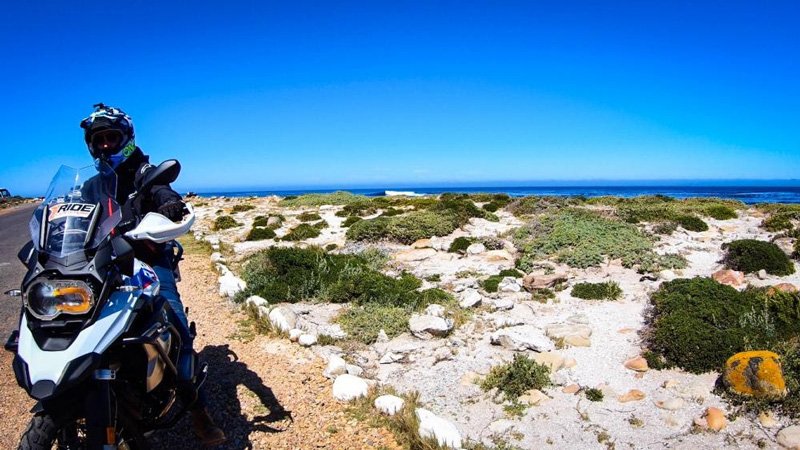 But most of all it’s about epic adventure riding in an amazing landscape. Fast tarmac, epic dirt roads, incredible mountain passes and scenery like you’ve never seen before in every direction. Are you in?

But if your schedule or your budget is a bit smaller, you could try our Sea to Safari tour – it’s got all the excitement of the Cape Crusader but compressed to a packed eight days of riding. From blasting the dirt roads up to the Cederberg, the sweeping roads down to Montagu and even whale watching in Hermanus it’s a great way to experience this amazing country.

So, this is another first for Ride Expeditions – we’re pleased to announce our first engagement on one of our tours! It’s like being Cilla Black on ‘Blind Date’ – for those not old enough to remember – the show was like a very poor 80s version of ‘Love Island’ but with significantly less beachwear! Anyway, enough of that – who’s popped the question and where is what you want to know!

Well, Ben is the man with the ring in our story, and he proposed to his girlfriend Tegan beside a secret waterfall near Chi Phat during our Tough One tour in November. Luckily the proposal wasn’t too tough for Ben as Tegan said yes and all the team went misty-eyed once they found out. Hooray for them both!! 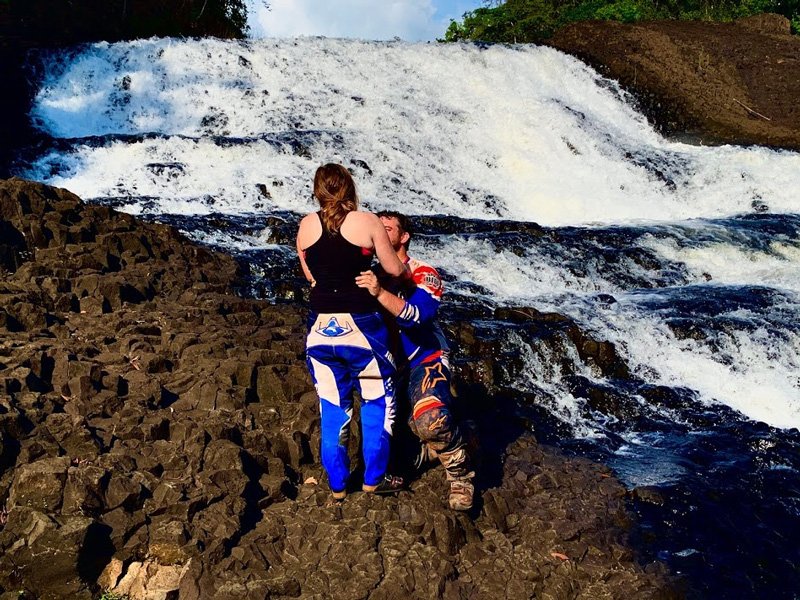 (Unfortunately, the happy couple haven’t realised that they will have to invite the whole Ride Expeditions team to the upcoming nuptials, and Anna has already been shopping for a suitable large hat and will probably want to be chief bridesmaid).

With the team beavering away in the offices, Julian has been tapping away on the word processor to bring you more tips, lists and general motorbiking malarkey. This month we’ve got the ten best motorcycling roads, 7 reasons to ride in Mongolia & some top off-road riding tips. It’s the perfect Christmas gift – well nearly! 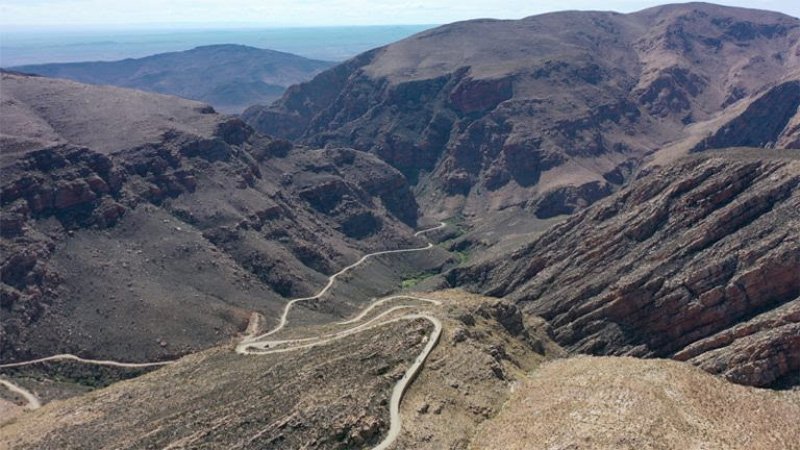 With 2019 coming to an end we thought we’d look back on this year’s epic riding and enlisted the help of our videographer Wiggy to create a showreel of some of our ‘Best Bits’. Enjoy!

From all of the team at Ride Expeditions – we hope you had a very merry Christmas and hope to see you in 2020!

Indian History Notes PDF in Hindi 202…
The Best Place to Throw Sharp Objects
CBD 2020: What to Expect + Our Top Pr…
What Marathon Running and Successful …
Help For The Inner Journey