Please watch the following video made by Nick Lariontsev, and then let me know if you don't think that microbes are fascinating things.


The video was made using time-lapse Photography, with several fungi as 'actors': apparently, Aspergillus fumigatus, Botrytis, Mucor, Trichoderma and Cladosporium. You can see several pictures of the device used to take the photos at Nick's LiveJournal. See, for instance, this one (photo courtesy of Nick Lariontsev): 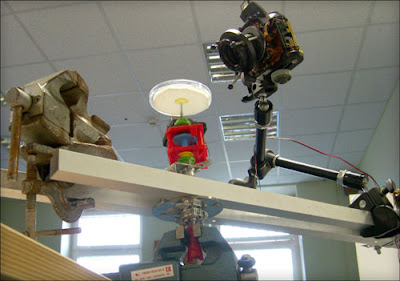