Back in 1985, 18.5 million people ( including a very young me ) stayed up late on a Sunday evening to watch the final frames of the glorious 1985 world Snooker championship final at the Crucible, Sheffield between Steve Davis and Dennis Taylor. It was one of the UK’s greatest, most watched sports events and most talked about finales ever. The consoles of the day then were ZX Spectrums and because of snooker’s popularity, in part to that match, had the very capable and great snooker game, Steve Davis Snooker.

That was a long, long, LONG, time ago. Have we really had to wait 30 years for a decent snooker game since? Well, snooker fans, rejoice, the wait is finally over.  Cherry Pop have smashed this out the park like a Hurricane Higgins deep screw, the length of the table trick shot! 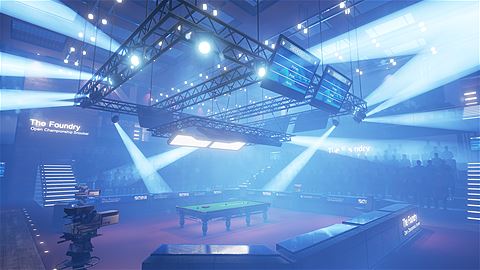 The presentation of the game is very reminiscent to the current snooker coverage with a fake “crucible” feel and vibe snooker hall. The options menu, (which is about the only gripe this game has as it’s a bit convoluted), has the options to play your own offline championship career, practice mode, online mode, or couch co-op.

The online option, when the full game is released, will have leagues, friendlies, and leaderboards to be found in “snooker hall” lobbies. Unfortunately, I couldn’t test the online option as I couldn’t find anyone online to play with or that wanted to join my lobby.

So the game options are there, and as it’s not a visually stunning sport, the nuts and bolts of SnookerNation, will come down to its gameplay and physics. 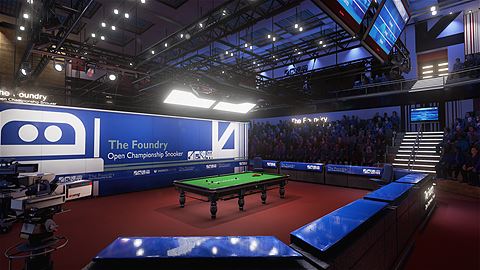 Firstly the graphics are excellent, with great details on the balls and settings. A few chalk mark streaks on the table for authenticity would have been a nice touch, but as far as can be expected the look of the game is as gorgeous as it can be for a table sport. The audio is a little awkward at times as there is a deathly silence from the crowd, yet the referee still tells them off for mobile phones and being too loud?!?! It would have been a nice touch for the crowd to have applauded long pots or great shots in the game but alas they don’t. The clink of the balls making contact is authentic as is the sound of them bouncing off the rubber cushions. A colour commentary from John Virgo or someone else would have worked wonders for the game, with the odd husk, quiet voice piping in for a missed shot saying “ and that, could have cost him, the frame “ would have been awesome, but it’s unfortunately not there. 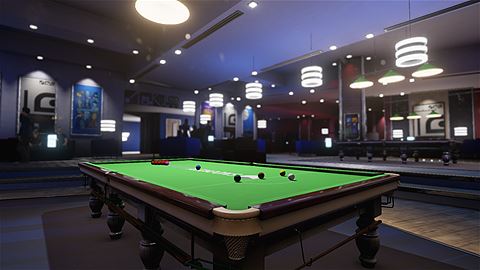 The physics are great and balls do exactly as they should. It’s a learning curve to get the run of the green correct, but the hardest part is learning how to control the power. Players can put all types of spin of the ball with ease but the trick for ball placement is how much power.

Finally, there are different settings to make the game easier or harder as players would wish. First person mode with all the assists turned off is truly an accomplishment to pot just one ball, yet even with the assists turned up high it’s still not a given either. In about 2 hours of play the highest break I’ve achieved with all the assists so far is just 40, with the next highest being 30 then 25’s. It’s a challenge to play which makes wanting to play more even more compelling.

Played on the Xb1
Review Code Supplied by Xbox