At its most basic, "ROOTING" is the term widely used among computer and cell phone technicians alike to refer to the process by which one gains access to the administrative commands and functions of an operating system.

If you're an administrator on windows machine, you have access to the entire operating system and you can do whatever you like. That's essentially what happens if you root your Android device.

As in for Android which has got Linux kernel, it primarily facilitates the installation of “Custom ROMs” which is a game changer for many geeks out there. For those wondering, Custom ROMs are the Custom Android firmwares, modified from the Android source code into different UIs or skins. These skins are based on the stock firmware, or the likes of Android developer community. We all know about the TouchWiz of Samsung and Sense of HTC. Custom ROMs can be considered like the custom flavours of Linux based Operating Systems like Ubuntu, Kubuntu, Xubuntu, Lubuntu, etc. 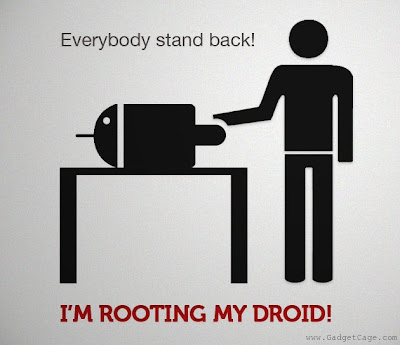 Tech Talker gives a brilliant analogy about it-

“A good way to understand rooting is to think of your Android like your brain. You have to actively remember what’s on your to-do list today, how to play a game, how to drive a car, and any other skills you were required to learn in life. Those functions are ones you can change in your brain. Now, as a comparison, if you were to root your brain (that is, gain access to all the workings of it), you could control aspects of your body that you couldn’t before—like breathing, heart rate, and adrenaline levels. As you can imagine, there are good reasons why your body doesn’t want you to change some basic functions. If you were to say, voluntarily increase your heart rate to 300 beats per minute, your heart might explode! But think how powerful it would be if you could tweak a few of those things in your brain whenever you wanted! Well that’s exactly the same power you can have over your Android device.”

WHY SHOULD YOU ROOT ?

You’ll be amazed by just how much rubbish is packed in there – even more so when you consider the limited memory present on a lot of smartphones.

The low-end smartphones generally feature limited internal memory which is never sufficient for the apps. Moreover many apps are restrained to be installed on the external memory. Rooting allows you to install just about every app to your SD card. Isn’t it cool to install as many apps as we want, not as many as the phone wants..

The biggest reason out there, Rooting allows you to flash (install) Custom ROMs to your Android device. We all hate the bloatware-friendly TouchWiz of Samsung, and with limited RAM, we’d never like to keep useless preinstalled apps to slow down our smartphone.
EXTREME BACKUP

With Rooting, there comes extraordinary backup capabilities of just about every app in our Android device. Ever wondered, what if my Temple Run score could be saved before a factory reset, because your phone started running irritatingly slow? Thanks to almighty backup app Titanium Backup, using which you can back up all your apps, including system apps, all the data associated with them, even your messages, call log, bookmarks, Bluetooth pairings, Wi-Fi access points, settings, all at one place flawlessly!

The latest Android is JellyBean 4.2, and oh baby you’re stuck at GingerBread 2.3 as the manufacturer has stopped pushing updates OTA? With Rooting, you can install the latest Android firmware independent of the cunning manufacturer who stopped supporting your year old device, thanks to the excellent Android Developer Community..

Bloatware means all that useless crappie applications that you never use, that comes preinstalled into your ROM and that suck your precious battery life loading into your RAM. When you’re rooted, you can stop them all, and even uninstall them permanently!

One of the best advantages of Rooting is that you can increase the performance of your Android device by Overclocking it’s CPU. The speed at which our CPU is clocked is far below a safe limit, which we can increase by installing a Custom Kernel. For instance I have overclocked my Galaxy S2 from 1.2GHz to an insane 1.6GHz, improving its speed and responsiveness. Numerically, it’s speed is greater than that of Galaxy S3 (it is Quad Core though) and just equal to that of Galaxy S4 (it is Octa Core)..:P

So this is another awesome prividege for the rooted guys out there.

As I talked about overclocking, similarly your device’s CPU can be underclocked too. And as a matter of fact, on lower clock speed, the battery life would be improved (at the cost of performance though). There are plenty of power management apps out there, such as Juice Defender Ultimate, utilizing this ability, that work significantly better when combined with a finely tuned rooted handset.

Rooting also allows the installation of Custom Boot Animations..Too much custom, I don’t get it! That’s where the beauty of Open Source lies buddy! Boot Animation is the Samsung Galaxy S2 logo animated, as you see it when the device gets booted. So with Rooting, you can change that too! You get it!..Wanna show off your friends, the Boot Animation of Galaxy S4 on your Galaxy Fit?..I got it!

Then you can even customise per app colour, per app DPI, all these things that you can barely dream of, if you aren’t into Rooting.

WHY SHOULD YOU NOT ROOT ?

After plenty of merits, still not convinced? So there are few disadvantages as well surrounding Rooting.

YOUR WARRANTY GETS VOID

As soon as you root, your warranty gets void. But it turns out to no harm as your Android device can be unrooted as seamlessly as it was rooted, even easier. Better yet, the manufacturers don’t even catch a hint that you were rooted. 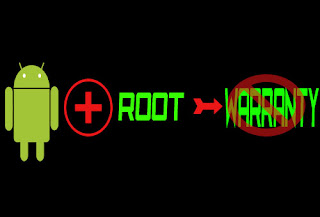 But like uncle Ben Parker said in Spider-Man: "With great power, comes great responsibility!", the major disadvantage surrounding rooting is that you may potentially brick the device. When you buy an Android device, you get to you it as a Guest. The manufacturers do it for good - they keep devices locked by default to prevent you from turning your phone into an expensive paperweight, no good as a “Brick”. Bricking means that you screw your firmware so badly, that it becomes no good than a brick. This can happen in many ways; like installing your device with a ROM intended for a different device, or uninstalling the sensitive system apps like Caller app, app-drawer, etc. Uninstalling the caller app will void the device’s ability to make a call, and so like uninstalling tha app-drawer will lose your access to all the apps there in.

They say na, “No Pain, No Gain!”. So it’s always better to take full backup of your Android device before you try anything dangerous, because in some cases resurrection would be impossible-Trust me friends, I’ve been into this.

So that was all about Rooting, and in my next post I’ll brief you about how to “Root” your Android device, and different methods of doing it.

All About Rooting.. exclusively composed by Aman Gupta