It's Time for Unhackable Computers 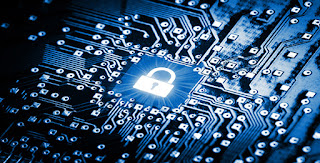 We're becoming very tired of getting scared out of our pants every other day by headlines screaming about this or that new computer vulnerability. WITH JUST A FEW TWEAKS, HACKERS CAN NOW TAKE OVER EVERYTHING!!! We're tired of putting software band aids on the problems that shouldn't be there in the first place.

Thankfully, DARPA is coming to the rescue!

A University of Michigan (U-M) team has announced plans to develop an “unhackable” computer, funded by a new $3.6 million grant from the Defense Advanced Research Projects Agency (DARPA).

The goal of the project, called MORPHEUS, is to design computers that avoid the vulnerabilities of most current microprocessors, such as the Spectre and Meltdown flaws announced  last week.*

The $50 million DARPA System Security Integrated Through Hardware and Firmware (SSITH) program aims to build security right into chips’ microarchitecture, instead of relying on software patches.*

It's Time for Unhackable Computers