Causes of disagreement: I am right and you are wrong! 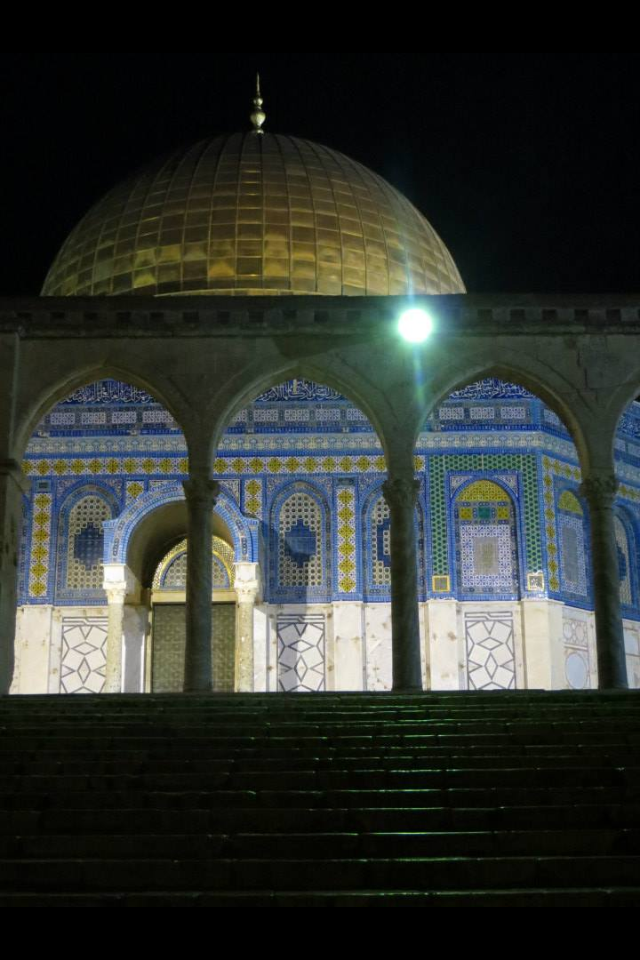 This is a minefield that you have just stumbled into and now we are going to get you! Is the type of attitude that is frequently found by people on chat groups and unsocial media in real life when a 'mistake' occurs. Rather than overlook a misstep, we look to crush our opponents or those who dare to Disagree with our opinion! Why? Because we know more than him! Do you not hear the internal commentary of my nafs? How could he possibly know more than me? Or he belongs to that group and they are all wrong! Only those with knowledge accept difference of opinion. Those without cannot accept difference of opinion.
Imam Nasafi (may Allah show him mercy) Bahr al kalam p.10, "Discussion and argumentation in religious matters is permissible in opposition to the speech of innovators that it is not permissible. It is only disliked to quarrel, argue, seek rank and praise in the world." This was for scholars only and not for the Average Muslim! You should not be debating on unsocial media like facebook!
The last great Ottoman Caliph Abdul Hamid the second said, "I never fear a learning man in day of the week. I only wish to avoid those fools who consider themselves scholars after reading one passage of the Quran!"

We disagree about what we do not understand yet, we think we do, this is what is dangerous. Debate is a sign of ignorance. Ibn Taymiyyah said that he used to argue when we had no knowledge and when we attained knowledge the argumentation ceased. Abu Hanifah once stopped his son from leading the prayer. When his son asked his father he told him it was because he was arguing with someone and waiting for them to make a mistake. So when his opponent would make a mistake then he would attack him and call him a disbeliever.
Please click here for article calling someone a disbeliever

Four types
حوار
Discussion: which is normally when things are civil and between scholars. Or two sets of people who respect each other.
ناقس
This is not about discussing but criticising, which were most debate ends or even starts.
تخاصم
This is arguing but to defeat the opponent.
تنازع
This related to quarreling, rivalry and contesting.
جدال
Argumentation: what most people are involved in.
بعث
Research when the truth is sought and this rarely occurs.

تناظر
This is where there is a difference of opinion and this was a level that the highest scholars used to reach after years of study.
There are many other things we can add here but its suffice to say that the list is wrong.

Differences and debates
What shall you do when differences occur?

﴿وَمَا اخْتَلَفْتُمْ فِيهِ مِنْ شَيْءٍ فَحُكْمُهُ إِلَى اللَّهِ﴾
[سورة الشورى: 10]
"When you differ upon a matter then refer it to the ruling of Allah."
Al-Shurah 10.

ان ربك يقضي بينهم يوم القيامة فيما كانوا فيه يختلفون
يونس:93
"Your Lord will decree on the day of judgement on that which you used to differ upon."
Yunis 10:93.

ولو شاء ربك لجعل الناس امة واحدة ولا يزالون مختلفين
هود:118
"Had your Lord will He could have made all mankind one people and you would not differ."
Hud 11:118.

واطيعوا الله ورسوله ولا تنازعوا فتفشلوا وتذهب ريحكم
الانفال:46
"Obey Allah and obey His Messenger and do not argue so fail and your power will depart..."
Al-Anfal 9:46
So its quite clear that disagreeing and arguing are things we should all avoid. How far are we away from the Quran?
Differences companions

It was reported in Bukhari that Umar ibn Al-Khattab (may Allah be pleased with him) heard a man reciting the Quran in a manner which he was unfamiliar. So he took the man to the Prophet (may Allah bestow peace and blessings upon him) and complained about what he had heard. The Prophet (may Allah bestow peace and blessings upon him) warned him that other nations were destroyed and differences was the crux of their destruction.
Main causes of disagreement
The main causes of disagreement are:
Uneducated Muslims giving their own opinions.
Pushing opinions down peoples throats until they vomit the colours of the argument.
Defending one's teacher or defending ones group.
Defending or explaining things to those who have no terms of reference.
Defending optional acts.
Debating matters of belief (aquida) and fiqh (jurisprudence) - without being aware of difference of opinion of other schools and even one's own school.
Egos - the unmovable object meets the unstoppable force on unsocial media.
During a heated discussion opposite views are put across. Neither wants to budge or be fair or see the other persons point of view. So there we have two stubborn sets of people bashing heads like a pair of bulls locking heads. Swearing and sins inevitably occur because that is a result of disrespect. Lastly, physical altercations occur and I know this is quite difficult to stomach. In the end it causes much more friction that it solves and even seeking clarification on a matter does not work out. The question is often innocent but its received with such hostility that it causes a lot of harm. Why not just say I do not know? I have heard of stories of people threatening people with guns! You have lost it if disagreements are going to be solved with that! Why are we so bothered about what we are not supposed to do and not bothered at all about what we are commanded to do?

Agree or else?
We need to know that  there will always be disagreements. This is the normal course of things but what we should do is not allow that to divide us. Rather we should the difference of opinion of the other despite disagreeing. We agree to disagree and leave the rest of the matter. How many disagree for the sake of our own egos and rarely is it a noble purpose.
There is often more than not there is more than one position on many matters. Yet the main points of the religion are agreed upon and minority opinions means nothing when the majority agree. You should follow the majority opinion of the schools of fiqh and aquida.

We leave the rest alone and it does not concern us. Many scholars  have said not to read anything written in the last two hundred and even five hundred years! Why? All majority disagreements that are apparent in this time are mentioned in the books of the last few hundred years. So avoid them at all cost and allow people to disagree and you relax by doing something rewardable. In essence, there is no reward in an average person arguing.
It is not the job of an average person to defend anything rather he defers to scholars. In our time, this undermines scholarship, because they are pumping up their own opinions. Both Sunnis and Wahabis are wasting their lives debating. It's actually haram for the average person to be debating. Why? Because he might reject that which may take him out of Islam. So it's a serious matter but you are not encouraged to anything but argue by the uneducated speakers who rant on minbars! Often one cannot take back their mistakes.

Four types of opponents who disagree
عام إلي عام
The average Muslim against the average Muslim
This is when two people from opposite groups argue. Both are committing sins and could commit acts of disbelief without being aware. Hence the sin!

عام إلي علماء
The average person against the scholar
This is a sadly frequent sight. When someone argues with a scholar and he is not willing to accept the scholars opinion. Partly because he does not understand it and so he rejects.

علماء الي عام
The scholars against the average person
When a scholar tries to explain something to an average person but fails and it leads to an argument. Some scholars give compile information that cannot be grasped easily.

علماء الي علماء
Scholars to scholars
This is when big personalities clash and their students go to war. Or when big egos are on TV and need their ego massaged by being 'right.' There is no good in being humble to such people. Bad character is not sunnah.

Where does this leave us?
Well, we need to study the religion because ignorance is the main cause of disagreement. The more knowledge one has the less you argue. It is as simple as that. I can remember my own journey as a student. We used to argue on a daily basis but after a few years all those disagreements disappeared. Until  we all sat in silence. So study your schools until you have no doubts. This will cure your own doubts. There will always be people who disagree but allow space for others to disagree. Rather than shove your opinion down their throats. Explain the correct one and leave it on the table, for them to take or leave.
Avoid debates on unsocial media but refer to other sources. Or to whom you know that the answer can be taken. Put up links to explanations rather than fight with each other.
Know that many famous opinions are not correct and you will be surprised.
When someone disagrees with you then do not allow it to cause discord. Most arguments become defensive because of feeling slighted and thus they do not listen to advice. Ruining their good actions like putting filth in pour water.
So apologise for your wrong doing and make peace. Avoid things that break ties from people. Know that if you disagree with a scholar then do it in manner that your bad manners does not reach them and nor do you backbite. If you do it to their face, backbite or slander them. Know that you have committed sin greater than what you misunderstood. They are a scholar and you are not, therefore he is more likely to be right than someone who has no studied: i.e. you! So give him the benefit of the doubt and look into the matter that you disagree with. Or ask them about it. But most people prefer to slander scholars on websites. Know, anyone who does this needs to stop using the internet. Backbiting and slandering a scholar is like eating poison but how people are used to drinking poison in this time! Backbiting is like eating decaying flesh and no wonder people are putting on weight!
Remember, when you insult a speaker that someone respects, it causes them to disrespect you and they do not lose respect to the speaker. Especially, when they like the personality who you are speaking against.
Aquida Tahwiyyah point 72, "We do not dispute about the religion of Allah."
This is a simple point from a primer of belief that is not practiced at all. If only we studied then we would not be in the mess we are in. We would understand what we need to do.

Causes of disagreement: I am right and you are wrong!