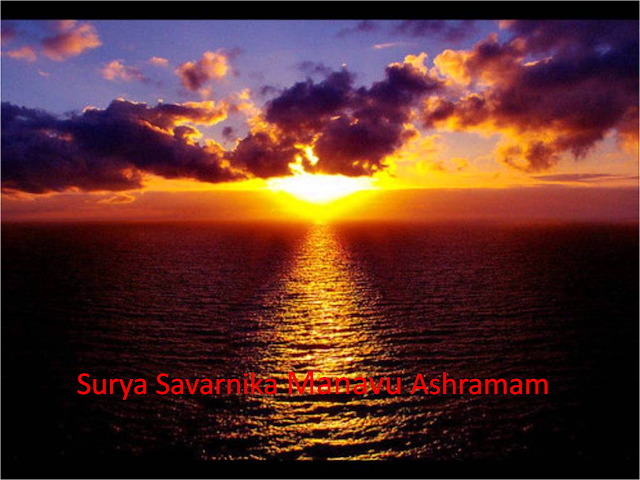 It is customary to perform Panchaayatana puja daily among Hindu homes. It is a daily worship of the five deities viz., Ganesha, Shiva, Shakti, Vishnu and Surya (The Sun). Surya occupies a special status among these five deities because He is the only Pratyaksha Devata i.e. He is the only one Deity who is visible to the naked eye not based on any Anumanam (inference) or any other means of knowledge like Sabda etc.

The objective of another prescribed daily ritual, Sandhyaavandanam, is the worship of Surya during the Morning, the Mid Day and the Dusk. The Gayatri mantra recited during this ritual is the most sacred invocation to the Sun God praying for a Good Day similar to the modern “Good Day to You” type.

Worship of the Sun God or Suryopasana is as ancient as Hinduism itself having its origin from Vedic times. Hence numerous hymns addressed to Him are found in all the four Vedas - e.g. Saura Sukta of the Rg Veda, Aruna Prashna of the Taittiriiya Aranyaka, Surya Namaskara mantras, Surya Upanishad of Atharva Veda etc. These hymns describe the celestial body as the source of energy and sustainer of all life on the planet earth.

They portray the Sun as the store house of inexhaustible power and radiance. The Sun god is also referred to as Aditya. The origin of the worship of the Sun in India is thus several centuries old.
Suurya is usually equated with Brahman as "asaavaadityo brahma", meaning the Sun is the icon of Brahman.

Rig Veda says "Surya Atma Jagatastasthushashcha" meaning the Sun God is the Soul of all beings, moving and non-moving.

References to the Sun worship are also found in the Puranas. The famous Aditya Hridayam is a part of the Yuddha Kanda of Valmiki Ramayana wherein Sage Agastya initiates Rama into Sun worship to bolster up His spirits while facing Ravana in the battlefield. We find references to Surya in the Mahabharata also.
Mayura, who lived in the court of Harshavardhana composed the Surya Satakam in praise of Surya and is believed to have been cured of blindness.

One of the famous Vedic Hymns in praise of the Sun God is Surya Upanishad which finds place in the Atharva Veda. It is reproduced below in its transliterated form from the original Sanskrit together with its free English translation.

Now we shall expound mantras of Atharva Veda in relation to the Sun: The seer of this Atharva Angirasa mantra is Brahma, metre Gayatri, Aditya the deity, ‘Hamsas so’ham with Agni and Narayana is the seed, the power is hrillekha or hrim, the pin is the power in the process of unfolding the sky etc., the application is its use in repetition for winning the four human goals (viz. Dharma, Artha, Kama and Moksha).

The six limbs consist of the seed with six vowels added. He indeed is a Brahmana who thus knows the golden Surya Narayana seated on the chariot with seven horses, impeller of the time-wheel, having four arms bearing two lotuses, the others bestowing promise of refuge and boon, set in the red lotus.
aum bhuurbhuvahsuvah aum tatsaviturvarenyam bhargo devasya
dhiimahi dhiyo yo nah prachodayaath

Om, Earth, middle region and sky; we meditate on the adorable splendor of Savitar (Sun) who may inspire our thoughts.

The Sun is the Self of the world, moving as well as un-moving. From Surya indeed are these creatures born, so also the Yajna (Sacrifice), Parjanya (Rains), food and spirit.

I bow to you Aditya; you are the agent himself of work, the manifest Brahma, Vishnu, Rudra, Rig, Yajur, Sama, Atharva Vedas, as well as all the chandas (Metres).

I bow to Aditya who is the form of antahkarana or inner organs of mind, intellect, mind-stuff and Ego. He is prana, apana, samana, vyana and udhana, (all the five airs circulating in the physical body). He is the five sense organs viz. ears, skin, eyes, tongue and nose whose modifications are sound, touch, form, taste and smell. He is the five motor organs of mouth, hands, legs, anus and generative organ whose modifications are speech, movement of things through hands, movement of the body from place to place through legs, evacuation and procreation.

Bliss, knowledge and wisdom are Sun himself. I bow to Mitra, Bhanu, to the shining one, the cause of the universe and let Him protect me from death.

All creatures are born of Surya and are protected by him, dissolve in him – I am Surya himself. The divine Savitar is our eye and He is called the Parvata because He indicates Sacred timings through His Time-periods and let Him protect our eyes.

We know the Sun. We meditate on the thousand-rayed Sun. May the Sun inspire us! (This is called Surya Gayatri Mantra).

Savitar (Sun) is before us as well as behind us, above us and below us. May He grant us omnipresence and long life! 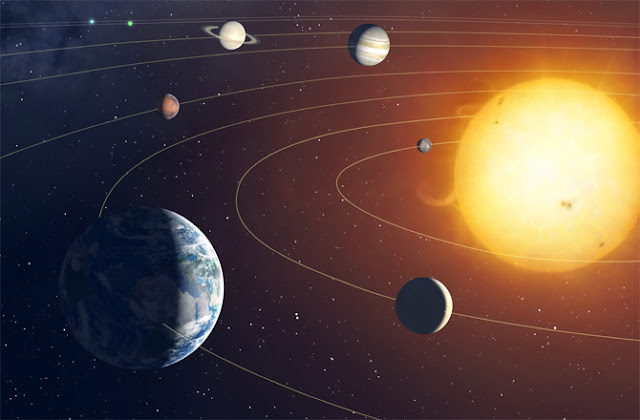 If this mantra is recited facing the Sun one is released from the fear of great diseases; his poverty perishes. He becomes free from various sins like eating forbidden food, having forbidden sexual relations, indulging in conversation with people having no character.
At midday if one recites this facing the Sun he is released from the five great sins. He should be careful not to impart this Savitri Vidya to undeserving people.

He who recites at dawn becomes fortunate, gets live-stock, masters Vedas; reciting during the three periods (dawn, mid-day and dusk) he gets the fruit of performing hundred Yagnas; reciting when the Sun is in Hasta Nakshatra he conquers death.

It is believed even in modern medical science that regular daily prayer to Surya or performing Surya Namskars is deemed to cure all incurable diseases, improve eye-sight, bestow long life, remove ignorance leading to Brahmic knowledge, defeat all inimical forces, grant bliss by eradicating all sorrows or negative thoughts.
It is indeed a tool for leading a positive life.