Sermon: Praying for the King 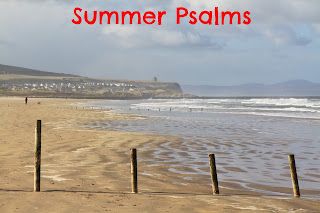 They say that a week is a long time in politics, and if that’s true, then this past month might have felt like years. From the never-ending campaigning, through to the EU referendum itself. We thought it would finish everything, but it’s only just begun - the Prime Minister has announced his resignation, Nigel Farage has stepped down as leader of UKIP, there’s a leadership battle in the Labour Party, and it goes on and on and on.

The Conservatives are in the process of choosing their new leader - and therefore, our new Prime Minister. Boris and Michael Gove are out, and now the party have to decide between two ladies - Theresa May and Andrea Leadsom. Both potential leaders will be setting out their vision for the future - what they’ll be like as Prime Minister; what the UK will be like under their leadership; their hopes and dreams.

In Psalm 72, we find the vision of a leader for his people. But this isn’t an election manifesto - this isn’t him saying ‘vote for me’. Rather, it’s a prayer, as the new king asks God for his help, his blessing, as he takes on this new role.

I wonder how you would respond if God asked you what he should give you? I find it hard enough to decide what I want for my birthday or Christmas, without deciding what I would like God to give me. But that was the question God asked Solomon, the writer of this Psalm (1 Kings 3:5). Solomon has become king, he has succeeded his father David, and he realises that he’s out of his depth. He feels like a child, and doesn’t know how to be king, so he asks God for ‘an understanding mind to govern your people, that I may discern between good and evil.’ (1 Kings 3:9).

Psalm 72 flows out of that request. We’re told in the superscript (the tiny capital letters just above v1) this is ‘Of Solomon.’ We’re listening in to Solomon praying for Solomon - not in a selfish ‘make me great’ kind of way, but out of a desire to serve God in the place God has called him to serve - as king.

Look at verse 1. ‘Give the king your justice, O God, and your righteousness to the royal son.’ He’s saying that he can’t do it by himself, he needs God’s help. He asks for God to give him justice - a sense of right and wrong, of good judgement, wisdom. And also God’s righteousness - the sense of living out of being in right relationship with God. And that theme of righteousness fills the first section of the Psalm - v1-4. Judging the people with righteousness; the mountains and hills prospering in righteousness. Acting out that righteousness in defending the cause of the poor, delivering the children of the needy, and crushing the oppressor.

If this is what it looks like to have a righteous king, then it sounds like the place we all desire. No miscarriages of justice; no fear or threat of terrorism; no historical abuse enquiries lasting for two and a half years; dignity for the poor and needy. Perhaps this is the prayer we need to be praying for our government as well.

You see, the time-span of his reign in verses 5-7 just doesn’t fit Solomon. While the sun endures? As long as the moon? Even though we sing in the National Anthem ‘long may she reign’, and even though Queen Elizabeth is the longest reigning and longest living monarch in British history, there will come a day (unless the Lord returns), when she will die, and Prince Charles will assume the throne. Solomon wasn’t around for as long as Queen Elizabeth, despite his prayer for long life.

Or consider the expanse of his prayed-for reign in verses 8-11. Dominion from sea to sea, from the River to the ends of the earth. He may have ruled over a large territory, but his rule didn’t extend to the whole world.

So what do we make of this? Was his initial prayer too ambitious? Did he think too highly of himself? Was it all just wishful thinking? It certainly seems that way when you think of the kings of Israel and Judah. If you’ve been following the ‘through the Bible’ reading plan, you’ll have seen that the kings are like the rollercoaster at Barry’s - up and down and all over the place.

Even Solomon himself is up and down. At the start, his justice and righteousness is plain for all to see. His borders enlarge. His wealth increases. He receives gifts from kings. Even the Queen of Sheba (of the south - that is, Africa) comes to visit. This is the picture of the rule of the wise king Solomon prayed that he would be. But the book that Dale Ralph Davis wrote on 1 Kings summarises it well: ‘The Wisdom and the Folly.’ It’s as if Solomon is on the big rollercoaster, edging slowly higher and higher, and then comes... the drop, the fall.

If we’re holding out for a hero, if we’re joining with Solomon to pray for a king like this, then it definitely isn’t Solomon. But the prayer is answered. The vision is fulfilled. Solomon’s prayer comes to fruition with great David’s greater son - the Lord Jesus. Jesus is the ‘he’ of all the ‘may hes’ in the Psalm. And do you know what? He perfectly fulfils them all. Even though earthly leaders promise much, they inevitably disappoint. Whether May or Leadsom end up being Prime Minister, they’ll not do all they want to themselves, let alone what the nation expects. But Jesus isn’t like that. So let’s look at Jesus the king, and what his kingdom is like.

He is the righteous king (v1-4). He always does what is right, judging justly without favouritism, not swayed by wealth or bought with money.

He is the forever reigning king (v5-7). His kingdom will not come to an end - throughout all generations, till the moon be no more. And, to spell it a different way, he is the raining king, giving refreshment, like rain on the mown grass. We can depend on his eternal kingdom, because his kingdom never ends.

He is the universal king (v 8-11). Jesus reigns over all, even further than Solomon could have imagined. You see, he names the furthest away places he knew about - the River (Euphrates) in the east, Tarshish in the west, Sheba and Seba in the south. Jesus is king of the whole world, and governments serve under his gracious rule.

He is the rescuing king (v12-14). Each of these three verses has a rescuing word - delivers, saves, redeems. This is what Jesus has done for us - delivered the needy; saved the needy; redeems from oppression and violence. We had no other to help us. He had pity for us. If this is how our king is, then how we need to live like him, to work for those who need our help, who have no one else.

In the last section, we see that Jesus is the blessed and blessing king (v15-17). We see some signs of material prosperity - gold being given to him, an abundance of corn, even on the tops of the mountains, the place it wouldn’t normally grow; and people blossoming like grass. Now this isn’t a promise that if you follow Jesus, then everything will be rosy, you’ll have an increasing bank balance, and nothing bad will ever happen. But this is a picture of something even more precious that we have when Jesus is our king, when we’re part of his people. Look at the second half of verse 17. ‘May people be blessed in him, all nations call him blessed.’

Later on, the Wimbledon tennis final will be played. Normally, the points are played fairly quickly, maybe an ace of a serve, or a decisive return. But sometimes you get a rally, where the ball goes back and forth, and the spectators need their heads on a swivel to keep watching the ball go left and right... Take that idea of the rally, and watch how the blessing flows.

People are blessed in Jesus. The blessings flow to them, all the spiritual blessings we receive in Christ - life, forgiveness, hope, resurrection, grace, gifts, and so many more. But then watch as the blessing flows back again - all nations call him blessed. Jesus is the blessed and blessing king. We receive from him, and we respond in praise.

When we realise that all we have comes from his hand, we bless him in praise. That’s why heaven is filled with never-ending praise, because in being blessed, we bless and praise.

Jesus is the righteous, forever reigning, universal, rescuing blessed and blessing king. Solomon in all his glory couldn’t compete with a flower of the field, let alone this wonderful king. What a privilege to know the king, to be a part of his kingdom, to receive these blessings. Far better than having British citizenship, or applying for an Irish passport after the Brexit referendum, to be a citizen of heaven, a child of the king. How could we not praise? How could we not long for the whole earth to be filled with his glory? Amen, and amen!

This sermon was preached in Aghavea Parish Church on Sunday 10th July 2016.

Sermon: Praying for the King