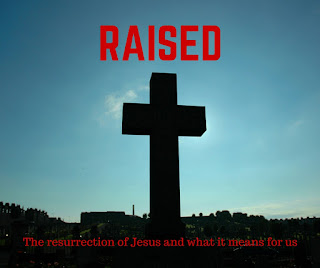 When was your greatest victory? When did you enjoy your finest triumph? Maybe it was playing for the school team in a final, or a solo sports performance. Maybe it was that one time you managed to beat your brother or sister in Ludo or chess or tiddliwinks as a child. Perhaps it was in an argument, or even in a fight... There’s something about us, that we all like to recall times of victory, no matter how small. We can celebrate.

As we come to the end of 1 Corinthians 15, Paul spells out the implications of a great victory that we can celebrate, both today, and for all eternity.We’ve been studying what the Bible says about the resurrection of the dead - and Paul now looks to the end, and declares in verse 57 ‘Thanks be to God, who gives us the victory through our Lord Jesus Christ.’ We’ll look at the victory Christ has won, the change that it will bring in us, and then what that means for us today.

So first, the victory Christ has won. For there to be a victory, there must be an enemy, an opponent, someone who is defeated. As we gather here today, it is all too clear who our enemy is. As you walked into church, the headstones around the building are silent reminders of the onward march of death. Or look around. Saints who were faithful members of the congregation for many years are with us no longer. Or drive around and see the number of funeral directors and undertakers, whose business is death. Or spend a moment reflecting on your own loss - death is all around, our great enemy. As someone once said, the only certainties in life are death and taxes.

Our enemy is death. Death is painful for those left behind, who mourn the loss of loved ones. But the Bible goes further and says that there is a sting to death - like a bee or a wasp. There’s a sting to death, and that sting is sin - the needlepoint that threatens and does the damage. Death comes as a result of sin, and grieves us so. Sin gets its power from the law, from God’s command. As we break God’s law, as we disobey and rebel, then that sin stings us, and we fall into the hands of our enemy.

Sometimes bee stings can kill, but with the sin sting, death is a certainty. (The wages of sin is death - Romans 6:23). What shall we do? What can we do, in the face of such a powerful adversary? Our enemy will triumph.

Or will he? Faced with our enemy, how can Paul taunt death in verse 55. Look at it with me: ‘O death, where is your victory? O death where is your sting?’ Come on Paul, you almost want to say - death wins every time. Death wins, its sting is stung.

Yet Paul has been writing about the resurrection of Jesus, and how Jesus’ resurrection affects us, so that he can burst out into the shout of praise in verse 57. Thanks be to God, who gives us the victory through our Lord Jesus Christ. Death affects us because of sin, but Jesus has dealt with our sin - as verse 3 reminded us - Christ died for our sins. He died the death we deserve, and has been raised again - he has won the victory over death - Jesus didn’t stay dead in the grave, but lives forevermore!

This victory will be completed and consummated when he returns, and brings the great change of verses 51-54. So far, Paul has been writing about those who have died, those who have fallen asleep - Christians who have died. As he describes what will happen on the last day, he is revealing a mystery - something hidden that is now revealed, a special apostolic revelation for the encouragement of the brothers and sisters. Not all Christians will die - some will be alive when Jesus returns, but no matter whether dead or alive, ‘we shall all be changed.’

All change - like the announcement on a bus or train. This one can only take you so far, after that, you must get on another one for your final destination. We see this in verse 50, where perishable flesh cannot inherit the kingdom of God, we need a new imperishable and immortal body. The trumpet will sound - the music of festivity, celebration and triumph - and in a moment, in the twinkling of an eye - in the time it takes to bat an eyelid, the Lord will appear and everything will be changed.

But what will the change be like? Verse 53 helps us - this perishable body must put on the imperishable, and this mortal body must put on immortality. (not immorality, but immortality!) As I said last week - our bodies now are weak and falling apart. Our bodies are prone to die, but they will be made new and will never die or fail or fade.

It is when this change takes place, when we are clothed with immortality, that ‘Death is swallowed up in victory.’ That line comes from Isaiah 25 - and I want to go there briefly to see the glory of the victory as prophesied in the Old Testament: (p 708). Verse 7 in Isaiah 25 shows the universal problem - death is like a sheet or a veil, a blanket over all peoples - full blanket coverage, as you might say. None are exempt. But, ‘he will swallow up death forever; and the LORD God will wipe away tears from all faces, and the reproach of his people he will take away from all the earth, for the LORD has spoken.’ Where? On this mountain - Jerusalem, the mountain of the Lord, where Jesus rose from the dead and swallowed death whole. Death does not have the last word, Jesus has triumphed!

That’s why Paul can taunt death in those words of verse 55 - O death, where is your victory? O death, where is your sting? Yes, you may take loved ones from us, but you will not triumph - they merely sleep, and they will be freed from your grasp as they rise and we rise with them, and we are together changed and clothed in the power of Christ and made like Christ’s resurrection body, never more to die.

This is our future hope as Christians, as those who trust in the death of Christ for our sins and his resurrection for our victory over death. I’m sure you know that when a bee stings someone, it soon dies - Death stings Jesus, and he draws its poison, so that we are saved and aren’t stung. What a glorious future - no wonder we rejoice as we look forward, so that even our mourning is transformed so that, as Paul says elsewhere ‘you may not grieve as others do who have no hope.’ Death hurts us as we lose loved ones, but we can look forward with certainty to that reunion through Christ’s resurrection. Death is not the end, death does not have the final say.

I don’t know about you, but I almost want Paul to finish on the high triumphant note of verse 57. That note of thanks and praise as we see clearly the victory won and how we will share in it. But that’s not where Paul ends. Instead he adds verse 58, as he draws out the implications of the whole chapter. Because of Jesus’ resurrection, and our resurrection; because of the world to come; because what we do matters, ‘therefore, my beloved brothers, be steadfast, immovable, always abounding in the work of the Lord, knowing that in the Lord your labour is not in vain.’

The doctrine of the resurrection will lead to two things - being firmly faithful and abundantly fruitful. First of all, firmly faithful. My beloved brothers, be steadfast, immovable. Paul’s teaching on the resurrection is the corrective to the Corinthians’ tendency to be blown about by false doctrine. Some had been listening to people who said there was no such thing as the resurrection. Some doubted the power of God, or the promises of God. Now that they know the truth, they must stand firm in it, be steadfast, and not moving about, shifting , but standing firm on the rock of Christ. Wasn’t that how Paul opened the chapter? ‘Now I would remind you, brothers, of the gospel I preached to you, which you received, in which you stand, and by which you are being saved, if you hold fast to the word I preached to you’ (1 Cor 15:1-2) Right doctrine, firmly faithful.

But they are also called (and we too), to be abundantly fruitful. Because Jesus has died and been raised, and he has entrusted us with the work of the gospel, and because Jesus will return victorious, then be ‘always abounding in the work of the Lord.’

Always abounding - Can any of us say that our work for the Lord is abounding at any time, never mind always abounding? We’re often so slow to speak for Christ, or serve Christ, or progress in godliness. Yet Paul gives us the motivation for pressing on, for abounding in the work of the Lord. Why? ‘Knowing that in the Lord, your labour is not in vain.’ We have two ‘ins’ here - not too pubs (inns), but two ins - in the Lord, and not in vain. These two ins summarise the chapter and provide the motivation for doing the Lord’s service:

In the Lord: Those in the Lord, in Christ shall be made alive (22), we have this sure hope, a hope that is not in vain. Our labour, our work for the Lord and in the Lord is not in vain - just as our faith in Christ is not in vain (v14). Our faith is not empty, because Jesus is alive. Our work is therefore also not empty or useless, but productive, fruitful, as we spread the good news of Jesus, the triumph of victory over sin and death.

Only one life, twill soon be past,
only what’s done for Christ will last.

What is your greatest victory? If you’re in Christ, then those sporting achievements or arguments pale into insignificance, and our greatest victory is just around the corner - just a heartbeat away, when the Lord returns and we share in his victory over death. How will you respond now?

Leicester City are on cloud nine, having won the Premier League, the first time in their 132 year history. Will they win it next year, and the year after? Probably not.

Our victory is complete, and forever! No replays, no rematches, no appeals, Jesus has won and we share in his victory. The result is sure, and we can celebrate now, as we stand firm in the truth of the resurrection, and spread the good news to others - Thanks be to God, who gives us the victory through our Lord Jesus Christ.

This sermon was preached in Aghavea Parish Church on Sunday 8th May 2016.