We have confirmed reports that the missing 21-year-old Christian activist in Iran, who was arrested four weeks ago in Iran’s capital city of Tehran, is alive. She is being held in the country’s largest—and most dangerous—women’s Prison.

Cat Coronavirus Diary – Day 4
Empire of Language- Prelude-Metaphors…
Seven journaling topics anyone can us…
Schema Markup, Types & Why is It Impo…
5 Steps to Get Your New Year Resoluti…

Article18 reports that Fatemeh Mary Mohammadi is in Qarchak Prison,  located in a desert south of Tehran. She has been able to call home a few times to reassure her family that she is okay.

A month ago on January 12, Mary was arrested, as protests took place in central Tehran’s Azadi Square following the Iranian government’s admission of guilt in the downing of a Ukrainian passenger plane.

Reportedly, her bail has been set at 30 million tomans (around $2,250). Her family has managed to put together the bail money, although the bail is equivalent to more than the annual salary for most Iranians.

Mary is now one of 2,000 women prisoners in the overcrowded Qarchak Prison, where political prisoners are often held. Qarchak Prison is known for its horrid conditions. Last year, the Human Rights’ Activists News Agency (HRANA) published a detailed report about the prison saying it held the worst reputation among women’s prisons in Iran.

And only two months ago in December 2019, Qarchak was one of two Iranian prisons the U.S. sanctioned for “gross human rights violations,” including abuse, arbitrary beatings, little drinking water and “creating an environment for rape and murder.”

The U.S. also called for the immediate release of all protestors and political prisoners being held in Iran.

Even Now, She May Not Be Released.

During the time it took her family to raise the bail money. Mary’s case was transferred to a higher court, which will decide whether or not to grant her temporary release from prison.

Mary has been charged, though the charges against her are, as yet, unknown. She has been provided a lawyer, but not of her own choosing. 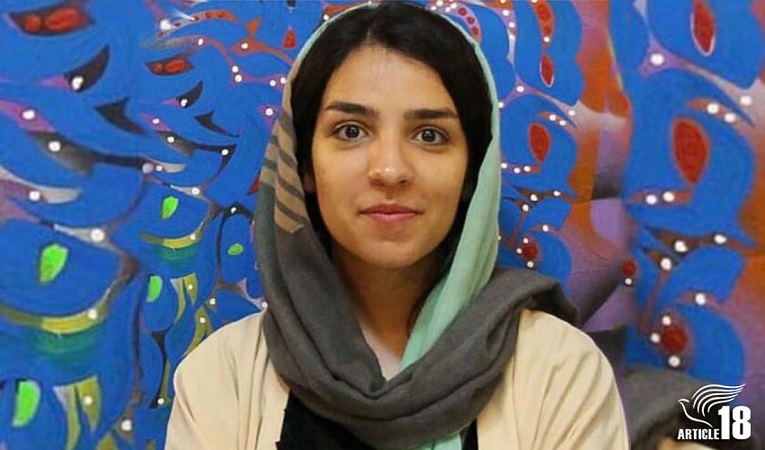 Her arrest and detention come at a time when raids and imprisonment of Christians in Iran are increasing; several high-profile cases of Christians are currently pending. Additionally, Mary’s case comes as Iran’s government holds celebrations to mark the 41st anniversary of the Islamic Revolution—slowing up the legal system. And with the Iranian New Year (Nowruz) only a month away, it’s unclear whether or not she will be released.

Since Mary’s arrest, international media outlets have called attention to her disappearance. During the 68th annual National Prayer Breakfast in Washington, D.C., this week, U.S. President Donald Trump spoke about her arrest.

“Weeks ago, a 21-year-old woman, who goes by the name of Mary, was seized and imprisoned in Iran because she converted to Christianity and shared the gospel with others,” Trump said.

For several years, Mary has been stepping out with ferocity for her faith and God’s people, enduring repeated arrests and imprisonment.

Already, she has been arrested several times and has spent six months in prison for being a member of a house church in Tehran. Just before this recent arrest, she was kicked out of the university she was attending on the eve of her English-language exams for no given reason. In an interview with Article 18 (before the recent arrest), Mary spoke about her expulsion.

“It appears that my religious beliefs and having a prior conviction [because of Christian activities] on security-related charges, as well as my human rights activism, are the reasons for banning me from further education.

“The denial of basic and fundamental rights, such as the right to education, certainly can act as a pressure mechanism and is used as a lever to apply pressure on religious minorities and human rights activists in the hope that individuals will halt their activities and abandon their beliefs.

Depriving me of my education is certainly intended to exert pressure upon me and silence me.”

The young woman is seen as a threat. She boldly speaks out about believers’ rights, including the cruel treatment she received in prison. She also writes on a variety of social issues and has also run a campaign petitioning for all Christians, including converts, to be given the right to worship in a church.

Pray With Your Sister in Iran

Thank God for His protection over Mary Mohammadi and pray with her and her family for continued safety and a quick release. Ask God to comfort and strengthen her—and continue to give this 21-year-old fierce boldness and discernment.

Read The Rest Of This Story On Open Doors