“The deadly attacks rocking Nigeria could have a ripple effect throughout the region,” UN special rapporteur. 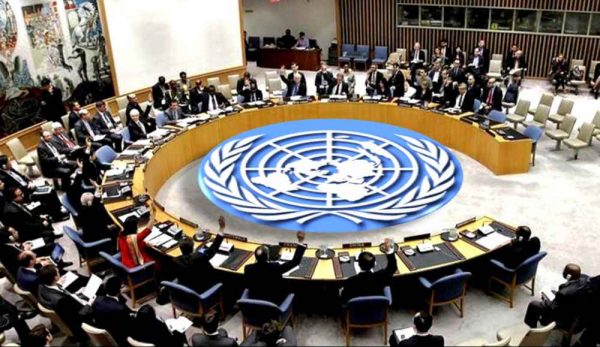 The United Nations special rapporteur on extrajudicial killings has condemned the rising violence and insecurity across Nigeria and a “lack of accountability” for perpetrators.

Ms. Agnes Callamard, UN Special Rapporteur on extrajudicial, summary or arbitrary executions, called on the Buhari Government and the international community to pay special attention to the lingering violence in north-central Nigeria.

‘When He Refused to Deny Christ, They Cut Off His Hand’: Nigerian Christians Describe Horrific Attacks By Boko Haram

Agnes Callamard, speaking at a news conference on Monday in Abuja, Nigeria’s capital, said the country needed urgent action to end the “pressure cooker” of violence that has claimed thousands of lives.

Nigeria is currently facing multiple conflicts, from attacks by the armed group Boko Haram to fighting between nomadic herders and farmers.

“The situation in the north-central appears to be spreading to other parts of the country. There is need for urgent actions to end the violence which is claiming thousands of lives,” Callamard said at the press conference on Monday in Abuja.

“The overall situation that I encountered in Nigeria gives rise to extreme concern … The warning signs are flashing bright red: increased numbers of attacks and killings over the last five years with a few notable exceptions,” Callamard said at a news conference.

“If ignored its ripple effect will spread throughout the sub-region given the country’s important role in the continent.”

She condemned police and military “brutality” across the country, and a “generalised system of impunity”.

“The time is now to prioritise the rule of law and to make it part and parcel of the Nigerian system,” especially for those living in extreme poverty, she said, according to Aljazeera.

According to her, the crimes committed in the northeast are not just against the victims and the Nigerian state.

“The crimes are against humanity; accountability must be delivered and the people must be involved and present in those processes.

“The suspected perpetrators – whether they are Boko Haram, other split groups or even security agencies – must also be held accountable,” Callamard added.

She called for trust in the Justice sector, saying that distrust could lead to the proliferation of vigilante groups and cases of jungle justice in the country

Cheta Nwanze, an analyst at SBM Intelligence, told Al Jazeera: “In almost two decades of Boko Haram’s existence, I can’t recall any of the financial backers who has ever been brought to trial … We’ve not had a single high-level conviction of a Boko Haram member.”

The United Nations estimates more than 27,000 people have been killed and an estimated two million others displaced in Nigeria’s northeast alone because of Boko Haram.

Callamard has been in Nigeria since August 16 and investigated the scope of violence in the country. She has also assessed measures adopted by the government to tackle the killings.

In Nigeria’s central states, clashes between farmers and nomadic herders over dwindling arable land have killed thousands of people and displaced tens of thousands of others.

Killing Of Christians In Nigeria Must Stop – Trump Tells Buhari

“Nigeria is a pressure cooker of internal conflict. The absence of accountability is on such a scale that pretending this is not a crisis will be a major mistake,” said Callamard.

“The increased number of people living in absolute poverty, climate change and desertification, and the increased proliferation of weapons, altogether, these are reinforcing a localised system of violence,” she added.

The UN special rapporteur also examined safeguards over the use of the death penalty and laws applied by Islamic courts.

“I have also considered security repression against Shia Muslims, the indigenous people of Biafra (IPOB), and against Ogoni people,” Callamard said.

She noted there had been key decisions made by courts but added, “these are not being implemented. I am hoping that the government will hear my call and demand that court orders are implemented”.

Nigerian authorities did not immediately respond to Callamard’s comments.

Nigeria ranks 12th on Open Doors 2019 World Watch list of top 50 countries where it is most difficult to be a Christian.