Notre Dame de Paris is in flames. This great edifice was completed in 1345 and took nearly 200 years to complete. It is far easier and faster to destroy anything than to build it. 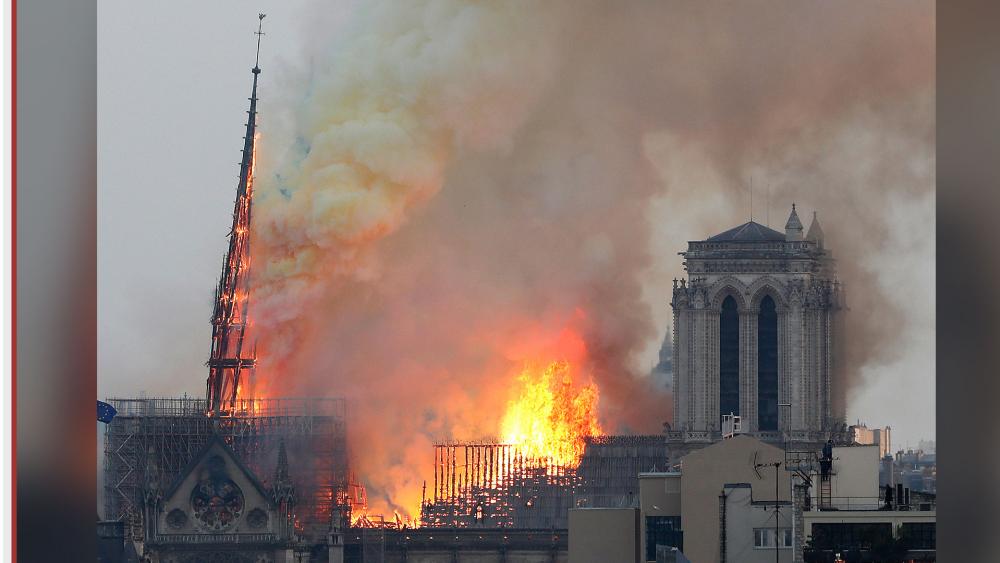 How to Find Your Best Small Business …
Ethereum (ETH) Price Analysis: ETH is…
Long Island Sounds August 2019
REMAINER RANT – Together we are Stron…
I’m ashamed I have depression. Then I…

A massive fire has engulfed the famous Notre-Dame Cathedral in Paris and has spread rapidly across the building.

The roof of the cathedral in the heart of the French capital was on Monday afternoon gut by a huge fire as Parisians watched in horror.

The cause of the fire was not immediately clear, but officials say that it could be linked to renovation work.

Video footage on social media showed a large fire ravaging the roof and spire as smoke billowed from the building in central Paris.

Oh no no no no my beloved #NotreDame

The soaring spire of the Cathedral collapsed in flames, and a church spokesman says the entire wooden interior of the 12th century landmark is burning and likely to be destroyed.

Notre Dame spokesman Andre Finot told French media: “Everything is burning, nothing will remain from the frame.”

The cause of the blaze isn’t yet known, but scaffolding could be seen on the roof of the burning structure. The spire was undergoing renovation.

The cathedral is home to incalculable works of art and is one of the world’s most famous tourist attractions. 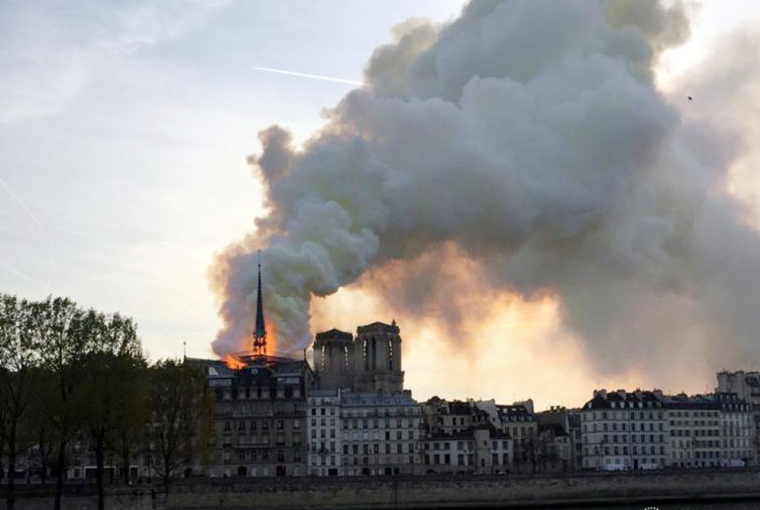 The gothic cathedral dates back to the 1100s and is famous as the setting of the classic Victor Hugo novel, The Hunchback of Notre-Dame. It is also one of the the city’s most visited tourist attractions.

This great edifice was completed in 1345 and took nearly 200 years to complete. It is far easier and faster to destroy anything than to build it.

The mayor of Paris, Anne Hidalgo, described it as a “terrible fire” and urged people at the scene to respect the boundaries set up by fire crews in order to ensure that they remain safe. 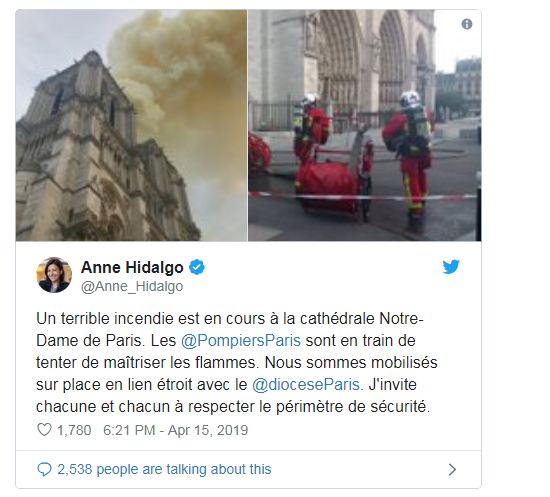 US President Donald Trump suggested “perhaps flying water tankers” could be used to extinguish the fire.

Notre-Dame de Paris also known as Notre-Dame Cathedral or simply Notre-Dame, is a medieval Catholic cathedral on the Île de la Cité in the fourth arrondissement of Paris, France. The cathedral is considered to be one of the finest examples of French Gothic architecture.